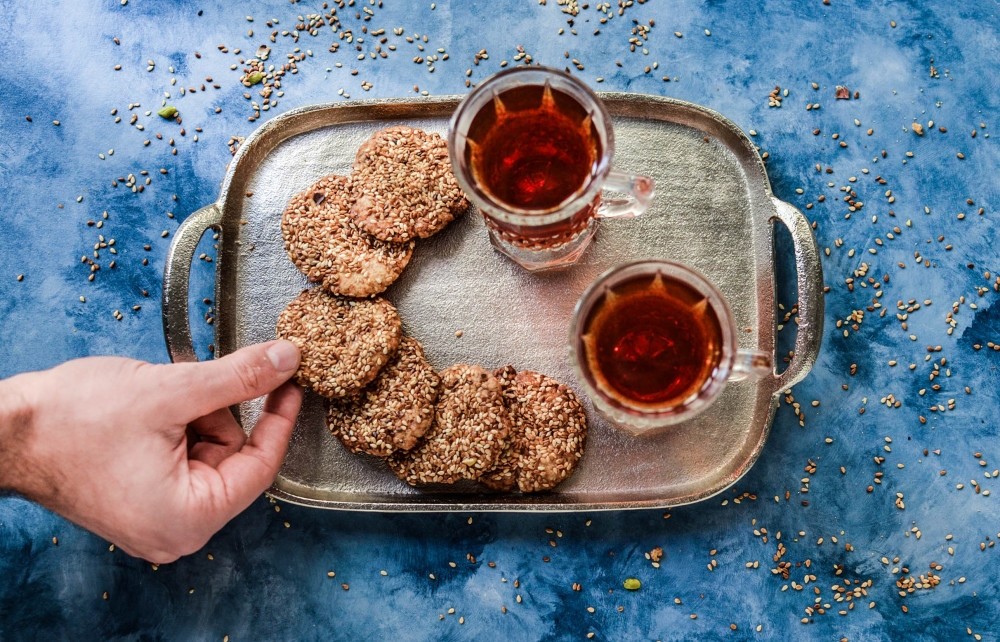 'Savoring Syria,' a project initiated by Dalia Mortada, an American-Syrian expat and freelance journalist based in Istanbul, tracks the Syrian kitchen in exile and its effects on the Istanbul culinary scene. Dalia is getting ready to share her experience through a series of events

Dalia Mortada, an American-Syrian expat and freelance journalist, who is also the founder of Savoring Syria will be kicking off the Kök Project's Urban Food Series on Saturday at Salt Galata with a talk on the food cultures conveyed by Syrian communities in the city and the ever-changing Istanbul culinary Scene. In addition on Thursday, April 13, Savoring Syria will host their first-ever pop-up dinner of authentic Syrian food held at Antiochia Concept in Asmalı Mescit.

I had the opportunity to speak with fellow expat and journalist Dalia Mortada, whose Savoring Syria project has resulted in an impressive website sharing stories and recipes from Syrians displaced in Turkey.

Hailing from Virginia with Syrian ancestry, Dalia Mortada moved to Turkey in 2011 to wait out the protests in neighboring Syria. While her family is from Syria and she grew up speaking Arabic, she had intended to return to Damascus "to report on the rich culture and history." Instead she ended up staying in Turkey and working as a freelance journalist and contributor to Culinary Backstreets, a website that offers reviews of restaurants and culinary experiences off the beaten path. 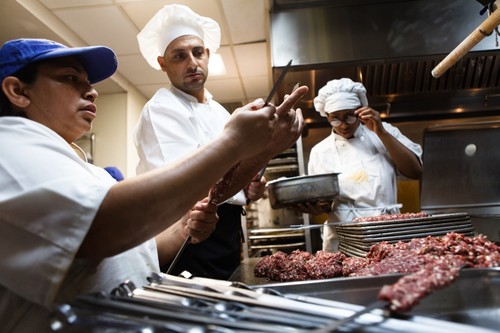 Photos taken by Keith Lane show one of the restaurants managed by Syrians taking shelter in Istanbul.

For the past year, Dalia has dedicated herself to developing her Savoring Syria project and exquisite website that contains stories and recipes "that tells the story of Syrians and Syria through the lens of food," as she describes, adding "while also offering real life and interactive opportunities for my audience to engage with Syrians all over the world."

"I also collect and document traditional recipes in an effort to preserve them. As cuisine transforms in the diaspora, we risk losing generations of history. I don't argue against the cuisine changing - that's a very natural thing to occur - but I do believe we should also safeguard centuries of culinary history as it can tell us so much about a nation, its land and its people," said Dalia. 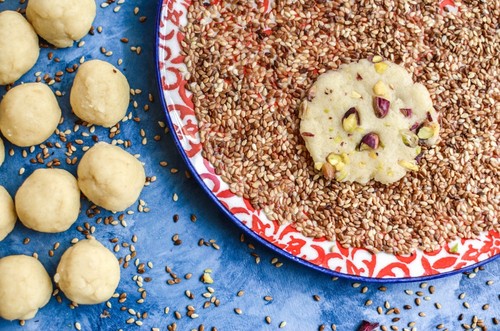 In addition to stories, Savoring Syria also offer recipes, and has an event series in Istanbul as well as in the U.S., explains Dalia. "In my five years of reporting out of Turkey and on the Syrian humanitarian crisis, what I realized was that while I do believe in the power of stories, that power can be limited without a call to action or a way to take the audience beyond what they read, watch or listen to."

Dalia Mortada will be delivering a very special talk with free entrance this Saturday, April 8 at Salt Galata that will be kicking off the Kök Project's 'Urban Food Series', which aims to focus on productions of Syrian immigrants, who have settled in Istanbul following the war in Syria, and later aims to delve into other communities that have emigrated to Turkey over the past 30 years in the aim of building a dialogue between various food cultures.

Dalia's talk on Saturday is devoted to engaging the Istanbul community with the more than 500,000 Syrians that have resettled in the city. "Swaths of Istanbul have transformed, especially in Fatih, one of the city's most historical districts," she explains. "The tangible ways to see the influence of Syrians in the city is through the dozens of eateries they have established, serving anything from basic fast food like shawarma, falafel and hummus, to dishes that are traditionally cooked in home kitchens but have become a part of the restaurant scene because people have been displaced from their usual communities. Syrians in the diaspora no longer eat like they used to because they're not near their moms or grandmothers or aunts that hold the keys to these recipes. People have been scattered all over the globe, and so they find other ways to ease their homesickness by making, serving, or eating home-cooking out at restaurants. And to highlight that, we'll be featuring the owner of a restaurant that serves those types of dishes. He'll share his story and the story of his restaurant," Dalia shared. 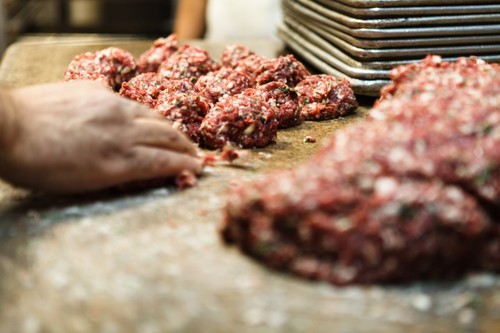 "The other type of events I set up are dining events, like the pop-up dinner on April 13. My goal is to facilitate relationships between newly arrived Syrians and their new communities, and what better way to do that than break bread together? There's a saying in Arabic, "Let there be bread and salt between us." It is the ultimate way to secure a bond of friendship," said Dalia.

Dalia's Savoring Syria Project will be hosting its first Pop-Up Dinner next Thursday, April 13 at Antiochia Concept in Beyoğlu's bohemian Asmalı Mescit neighborhood, starting at 7 p.m. This popular restaurant that traditionally serves dishes from the Turkish city of Antakya famed for its multi ethnic cuisine and located in Hatay province, which borders Syria, has impressive decor centered around its exposed bricks making it a landmark on its own.

On Thursday, the restaurant will be taken over by Savoring Syria and three lovely women from Damascus by the names of Wafaa, Amal and Reem, who will be serving up some of their best recipes for a night of family-style Syrian home cooking, with all proceeds going to the cooks themselves.

I asked Dalia how she became involved with the Syrian community here in Istanbul to which she said, "As a reporter, I began by covering the Syrian refugee crisis starting in early 2013. Because I am originally Syrian and grew up speaking Arabic at home, it seemed like a natural thing to do. But I had a hard time working on Syria at first. The suffering was more than I could stomach. I ended up focusing more on Turkey for my first few years in Istanbul, which was great because I got to know the country I called home. Eventually, especially as Syrians began to lay more solid foundations in Turkey, by bringing the ingredients and the dishes that I so desperately sought the first few years I was here (including bread)," she adds.

"I realized I could tell the stories I was planning to focus on when I moved to Damascus. but out of Turkey instead. I also grew tired of the endless stream of stories that only told the tale of pain and suffering. Yes, Syrians have endured the unimaginable, but they also have other experiences - they experience love and joy and excitement and hunger and fullness and everything else," says Dalia, whose project truly offers a unique perspective of the experience of Syrian a life for themselves in Turkey.