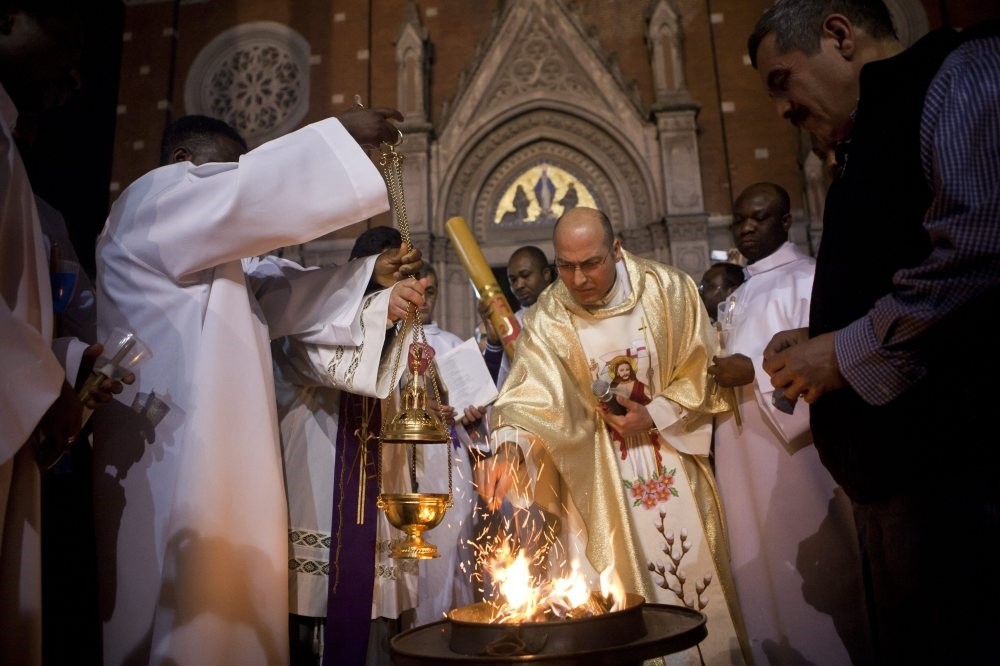 On Sunday, April 16, the Christian world will be celebrating the holiday of Easter and many of Turkey's historical churches will be offering special services over the weekend

This Sunday is Easter, the Christian holiday referred to in Turkish as Paskalye. Celebrated on the first Sunday following the first full moon of spring, the very date of this holiday was conferred upon in Turkey's Iznik itself at the First Council of Nicaea, where Christian Bishops convened back in 325 AD to set forth much of the creed that Christianity is founded on.

Therefore, celebrating this holiday, referred to as Paskalya, in Turkey takes on its own colossal meaning and is an opportune time to experience some of Turkey's wondrously historical churches and shrines offering special services on this holiest of weekends.

House of the Virgin Mary 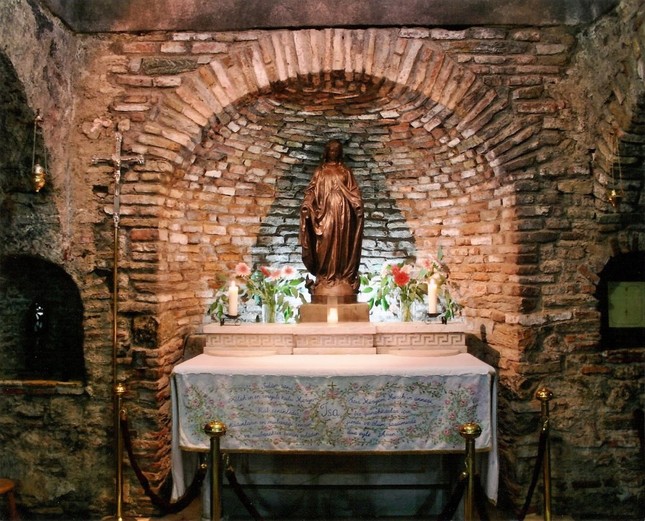 Imagine celebrating the resurrection of Christ, the religious significance of this day, in the very home where his mother passed away. The House of the Virgin Mary, a Catholic and Muslim shrine located on Mt. Koressos in Ephesus holds special services throughout what is referred to by Christians as the Holy Week leading up to Easter Sunday. On Saturday, April 15, there will be The Great Vigil of Easter service with the Lighting of the Pascal Fire that will take place between 9 p.m. and 11 p.m. Then on Sunday, April 16, there will two services of the Mass of Resurrection beginning at 11:30 a.m. and 6 p.m., respectively.

The Church of St. Anthony of Padua, referred to in Turkish as Sent Antuan, is the largest and thus most popular Roman Catholic Church in Istanbul. Situated off a courtyard overlooking İstiklal Avenue, this neo-gothic basilica was first built in 1725 by the local Italian community, with the current building dating back to the turn of the 20th century. A regular stop for locals and visitors alike to light candles and make a wish, there will be a special mass held on Sunday morning at 10 a.m. that will be held in English.

Dating back to its original establishment in Galata in 1584, the Church of St. Mary Draperis boasts being the oldest Roman Catholic Church in Istanbul. Its current location off İstiklal Avenue dates back to 1769. This neoclassical church, which was the city's most prestigious in the 19th century and is overseen by the Franciscan order, will be holding two masses for Easter this weekend in Italian and English, the first starting on Saturday, April 15 at 8 p.m. followed by a mass held on Sunday, April 16 at 11:15 a.m.

The Crimean Memorial, also known as the Christ Church or Kırım Kilisesi, was by a British architect in memory of the British soldiers who fought in the Crimean War and the land for the church, located in Beyoğlu's Şahkulu neighborhood, was donated by Sultan Abdülmecit to welcome the foreigner non-Muslim community. Completed in 1868, all of the stones used in the construction were brought in from Malta. There will be two services held in English this holiday weekend with the first being a Lighting of the Paschal Fire on Saturday, April 15 at 7 p.m. and on Sunday, April 16, there will be an Easter service starting at 10 a.m.

The Cathedral of the Holy Spirit is an impressive baroque-style Catholic cathedral built in 1846 by the Swiss-Italian architects, the Fossati brothers, located near the Hilton in Harbiye. Known best for its grandiose pipe organ and for hosting a number of papal visits to Turkey, this is one of the principal Catholic churches and the second largest Roman Catholic Church in the city. Alternatively known as the St. Esprit Cathedral, there will be services held this weekend in a combination of English, French and Turkish that will take place on Saturday, April 15 at 9 p.m. and on Sunday, April 16 at 10:30 a.m.

The Church of Saints Peter and Paul is a Medieval Latin Church located near Galata Tower, which dates back to the 1400s. The current building is an 1843 reconstruction by the Fossati brothers. On Saturday, April 16 there will be a mass held at 8:30 p.m. and on Sunday at 11:00 a.m. with both transpiring in a combination of the languages English, French, Italian and Turkish.

All Saints Moda, also known as the Istanbul Presbyterian Church, situated in Kadıköy's charming Moda neighborhood, dates back to 1878 and was constructed after the Crimean War by local English residents. Situated in Kadıköy's Moda district, this is a pleasant neighborhood church that holds weekly Sunday services in Turkish. This Easter Sunday is no different, with a mass being held from 11 a.m. to 12:30 p.m. on Sunday, April 16.

This impressive Catholic Syriac Church, located in Bebek, which dates back to 1910, will be holding a mass on Sunday morning in Arabic at 11 a.m.

The Leyla Gencer Opera ve Sanat Merkezi in Bakırköy will be hosting a special Paskalya service organized by Istanbul Protestant Churches that will take place on Saturday, April 15 from 5 p.m. to 8 p.m. with free admission.