Int'l Yoga Day and a new book on Ayurveda 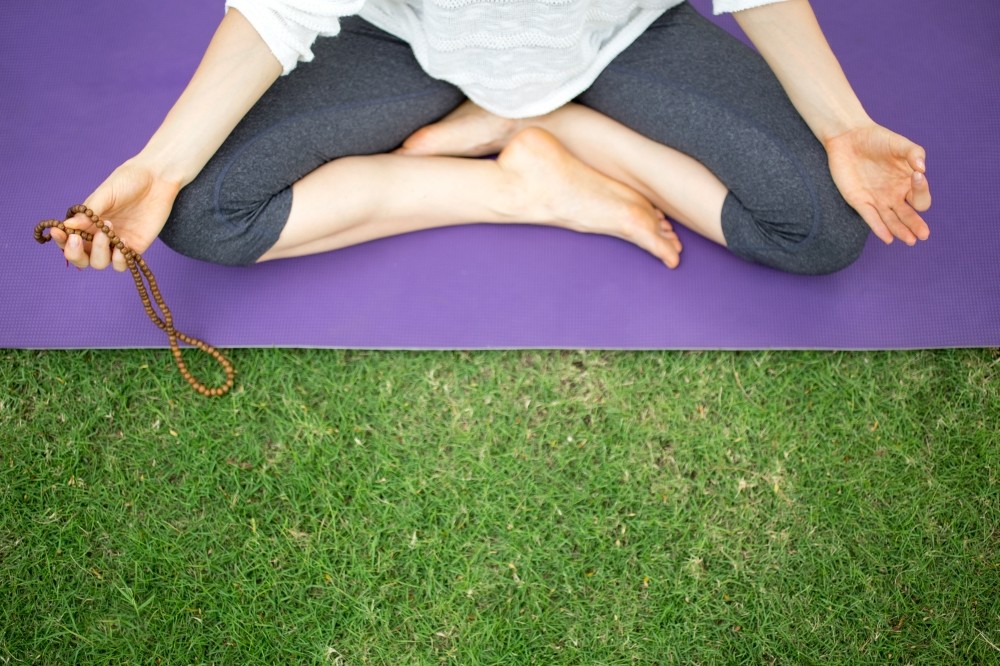 No matter if you are a freshman or an expert yogi, the Indian Consulate and Embassy in Istanbul and Ankara welcomes all yoga enthusiasts to a five-day event as part of the 3rd International Yoga Day

The Indian Consulate and Embassy in Istanbul and Ankara will be organizing a series of events in honor of International Yoga Day. Meanwhile, a German expat and Ayurveda specialist has released the first book on the Indian practice in Turkish.

This Wednesday, June 21, will be the world's third International Yoga Day, a day declared by the U.N. General Assembly in 2014 and first celebrated the following year. This day, devoted to celebrating this 6,000 year-old physical, mental and spiritual practice from India, will also be observed in Turkey with events organized by the Indian consulate and embassy in Istanbul and Ankara, respectively.

3rd International Yoga Day Official Anatolian Side Event Hosted by the Kadıköy Municipality and organized by the Indian Consulate, the official event in Istanbul for Int'l Yoga Day will take place at Kalamış Park starting at 5 p.m. with free entrance and open to anyone interested in yoga of any skill level. You do not need to have done yoga before to attend. There will also be a series of pre-events leading up to the day from Saturday, June 17 to Tuesday, June 20. For these pre-events, if you have your own mat you are encouraged to bring it otherwise there will be mats distributed for the event to be later returned. Yoga mats will be distributed as gifts at the main event held on Wednesday.

The five-day event program is as follows:

On Saturday, June 17 the event starts off with a yoga session for seniors from 10 a.m. to 11 a.m. at the Osmanağa Volunteer Center and from 6 p.m. to 7 p.m. with a talk on the Holistic Yoga Therapy Understanding at the Barış Manço Culture Center.

On Sunday, June 18 there will be a yoga session for children held at the Özgürlük Park interactive children's area from 10 a.m. to 11 a.m. From 6 p.m. to 7 p.m., there will be a talk on the basics and styles of yoga taking place at the Koşuyolu Culture Center.

On Monday, June 19 the day starts off with a yoga session for back pain from 10 a.m. to 11 a.m. held at Fenerbahçe Park. There will also be a breathing and meditation session held for municipal employees at the Kadıköy Municipality from noon to 1 p.m. Then from 6 p.m. to 7 p.m., there will be a talk on yoga and stress management at the Caddebostan Culture Center.

On Wednesday, June 21 the main event held for International Yoga Day will take place at the Kalamış Park Soccer Field. Doors open at 5 p.m., followed by opening speeches by the Mayor of Kadıköy and the Indian Consul General at 6 p.m. There will be a yoga session from 6:15 p.m. to 7:15 p.m. followed by a breathing and meditation session from 7:30 p.m. to 8 p.m. There will be a distribution of a light meal for "iftar," the breaking of the fast, accompanied by Sufi music and a whirling dervish show from 8:45 p.m. to 9:15 p.m. Check out www.yogagunu.com for more info.

Indian Embassy in Ankara's Int'l Yoga Day Celebration On Saturday, June 17 the Indian Embassy in Ankara's Çankaya will hold a special event from 9:30 a.m. to noon, which will begin with an opening speech by the Indian ambassador followed by a master class from 9:45 a.m. to 10:45 a.m. After a break and refreshments, there will then be a presentation on yoga from 11:15 a.m. to 11:30 a.m. followed by a film screening on yoga. This is a free event and there will be service buses available from METU. For security reasons, those wishing to attend are advised to send an email with their basic info to: yogadayinturkey@gmail.com by June 14 and to indicate if they want to use the shuttle bus.

Expat pens first book on Ayurveda written in TurkishUlli Almendinger, a German expat who specializes in Ayurvedic healing, has recently released her first book entitled "Ayurveda" in Turkish. The book serves as a practical guide to Ayurveda, a 5,000-year-old traditional of natural healing that has its roots based in India. For years now through her website Ulli Ayurveda, Ulli has provided the synergistic integration of the ancient systems of Yoga and Ayurveda with modern nutrition and herbal medicine, through consultations, workshops, detoxes and cooking classes. I had the opportunity to catch up with Ulli, easily Turkey's top expert on Ayurveda and a fellow expat, to discuss her book, aptly named "Ayurveda," which was released on June 12.

The book is divided into two parts, Ulli tells me. "In the first part, I give the reader an overview about the theoretical framework of Ayurveda and some background info. Then the second part is all about how to use Ayurveda in your daily life, through diet, daily routines such as self oil massage and yoga, etc.," explains Ulli adding, "I wanted it to be hands-on because Ayurveda's biggest advantage is that it is not just a medical system but, as the name says, a science of life (as "ayu" refers to "life" and "veda" means "science"), so it is all about how to live in this world with more balance, vitality and health."

The cover of the book reads "Everything you need for health, happiness and vitality is found in nature," and in it, the reader will learn how to use nature's bounty to eat right for their body type and according to the seasons. The book, which also has lovely pictures, has instructions on pairing foods and how to prepare Ayurvedic foods as well as getting rid of toxins and at the end also has a section with some basic recipes.

I asked Ulli how she came to write it and she said, "I was approached by several students and clients that felt like there was really no in-depth book on Ayurveda on the Turkish market. So I decided to change that," she says smiling. Due to the subject's specialized nature, Ulli says she worked closely with a great translator to translate the book, explaining, "it is a very difficult subject to translate with all the foreign terms and concepts."

I also asked Ulli if she had any other projects in the works, to which she said, "Yes, the biggest is a mobile phone application that will come out later this year that is an Ayurvedic cooking and nutrition app. Basically you do a dosha quiz on your phone if you don't know your dosha already and then the app chooses recipes accordingly. It will be the first ever (globally) Ayurvedic cooking app," she explains.

You can join Ulli in celebrating the release of "Ayurveda" at a book launch party that will be held on Saturday, June 17 from 5 p.m. to 7 p.m. at LiT Karaköy.