Searching for stars, Turkey's festivals of the cosmos 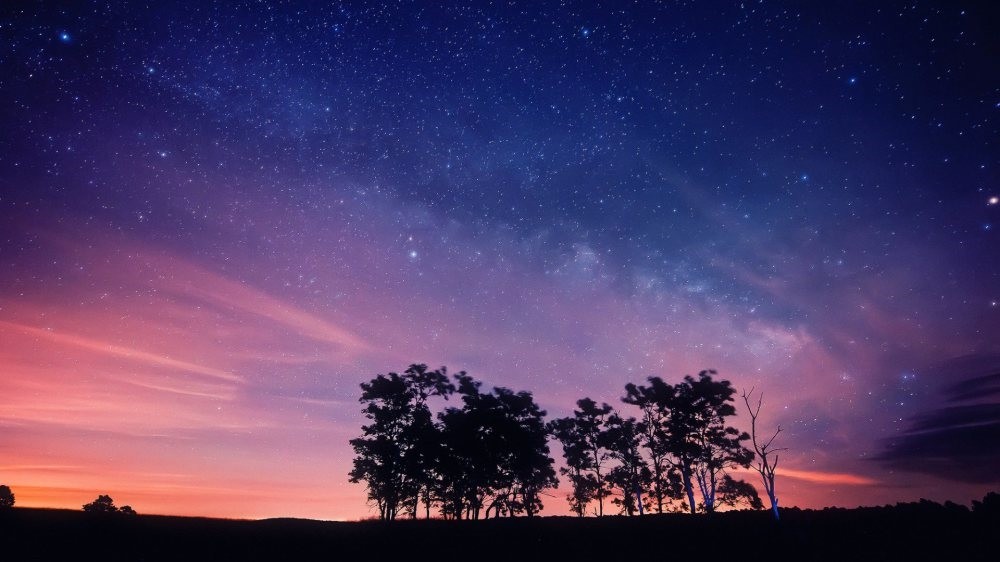 Astronomy enthusiasts will be convening at festivals held in Bursa and Antalya thi summer, while there will also be special summer camps for kids

Going into its third year, the Uludağ AstroFest 2017, which will take place from July 28 to 30, will be a three-day immersion into all things related to the cosmos. The days will be spent in workshops, and doing seminars and nature walks, while the evenings will be devoted to observing the night sky. The speakers leading the sessions will be experts from TÜBİTAK (Turkey's Scientific and Technological Research Council), including Space Program Director Dr. Lokman Kuzu and Dr. Bülent Gözcelioğlu, Prof. Dr. Behçet Açıkmeşe from NASA, astronomer Dr. Bülent Yaşarsoy and formerly from JAXA (Japanese Aerospace Exploration Agency), Dr. Murat Hüdaverdi from Yıldız Technical University, historical writer Talha Uğurluel and another prolific writer meteorologist, environmentalist and physicist Taşkın Tuna. There will also be Syrian astronaut Muhammad Ahmet Faris as well as survival expert and television personality Serdar Kılıç.

During the weekend, there will also be workshops held by the Bursa Science and Technology Center in conjunction with Utrecht University on topics such as how to make a sundial and astrolabe, as well as a wide number of programs and scientific demonstrations geared for kids such as making rockets and using 3D printers as well as nature walks for children and families, such as tracking nature with Serdar Kılıç and a summit walk with Uludağ guides for adults.

The most exciting activity that takes place at the event is spending the evening observing the night sky with eight professional telescopes and in the company of people with knowledge of the solar system. Furthermore there will also be an acapella performance by Vokalemun and, if nature permits, an opportunity to witness the Perseid Meteor shower.

Held in Bof Hotel in Uludağ, one of Turkey's most popular ski resorts by winter and nature respite come summer, which is located 22 kilometers from the city center of Bursa, the 450 tickets available have already sold out for this event so if you are not one of the lucky few you may have to wait until next year's edition. For more info: check out www.uludagastrofest.org.

This summer it's all about the stars and they are in high demand as during practically the same dates this month, from July 27 to 30, there will be the "20. Ulusal Gökyüzü Gözlem Şenliği," aka the National Sky Observing Festival held by TÜBİTAK's National Observatory in Saklıkent, Antalya. Registration for this event began months ago and there was even a drawing for the lucky few to make the limited quota while the lesser but still lucky, have been waitlisted.

Still time for the Olimpos Sky and Science FestivalBut don't fret, I gave you the bad news first, the good news is that there is still a chance to participate in the Olimpos Sky and Science Festival (Olimpos Gökyüzü ve Bilim Festivali), which will take place in you guessed it Olimpos, Antalya from Aug. 18 to 20. Organized by Kozmik Anafor, Turkey's biggest astronomy platform, in conjunction with two of the biggest science platforms Bilimfili and Evrim Ağacı and the scientific infrastructure is being upheld by Erciyes University's UZAYBİMER, there will be seminars throughout the day on astronomy, space travel, photography, astrophotography, astrophysics, loss of gravity as well as of course learning about the constellations. There will be workshops on the solar system, making telescopes, rockets and parachutes and games such as throwing a water rocket, an astro quiz and a photography competition each of which will be rewarded with a telescope. Most importantly however, Meade telescopes will be set up for participants to observe the night sky in the spectacular setting that is Olimpos.

The Festival will take place at the Eskiyeni Tatil Evi and participants will have the option of staying in their own tent with restrooms and showering facilities nearby or staying in an air conditioned bungalow, the cost is TL 250 ($68) and TL 450, respectively. and includes breakfast and dinner. Meanwhile, the venue has a refreshing pool and swimming holes in nature, while is also conveniently closely located to Olimpos Beach, famed for being the breeding grounds of the protected loggerhead sea turtles.

One of just three Space Camps in the world that just happens to be located in the high-tech industrial park in the Aegean Free Zone in Gaziemir, Izmir. This innovative camp uses space technology to educate children on astronomy and science. Their very special programs, which include space simulators, are attended by children from all over the world. Affiliated with the U.S. Space & Rocket Center in Alabama, this camp offers six-day international summer camps for children aged 9 to 15 with Turkish and English language options as well as two-day "astroadventures" for 15-to-18 year olds. There are also family space camps available as well as single-day tours.

The Bursa Science and Technology Center (Bursa Bilim ve Teknoloji Merkezi) located in Osmangazi, will be offering a wide range of single-day, two-day and five-day summer classes for children in Turkish, kicking off with a "Nature and Science Camp" on Sunday, July 16 for 8-to-14 year olds. The full-day program will include a nature walk and study of endemic plants, as well as workshops on making bird cages, maps and microscopes. Taking place from 10 a.m. to 6 p.m., the cost for the course is TL 75. Other courses on offer this summer include "The Chemistry of the Kitchen" (Mutfağın Kimyası). This class for second to-fifth graders will explore the scientific processes our food undergoes in preparation and how chemistry is involved in our food with molecular gastronomy activities. The course will be held on Tuesdays, Aug. 1, 8, 15 and 22, from 10 a.m. to 5 p.m., and costs TL 75. "A Day in Space" will begin with a planetarium show, and will involve learning about the astronauts experience in space and how they eat and will include the making of a space-discovery vehicle. This class is for 4th to 7th graders; it will be held on Wednesday from Aug. 2, 9, 16, and 23 and costs TL 75.

Thursdays in August will be devoted to "Doing it Yourself" and will guide participants on inventing designing and producing their own invention. This class is for fourth to seventh graders and costs TL 75 and will be held Aug. 3, 10, 17 and 24.

"The Nature in my Hand" will be a day of science focusing on nature and plants as well as protecting the environment. This course which is for second to fifth graders, will be held on Fridays, Aug. 4, 11, 18 and 25 and costs TL 75.