The definitive guide to ice cream in Istanbul 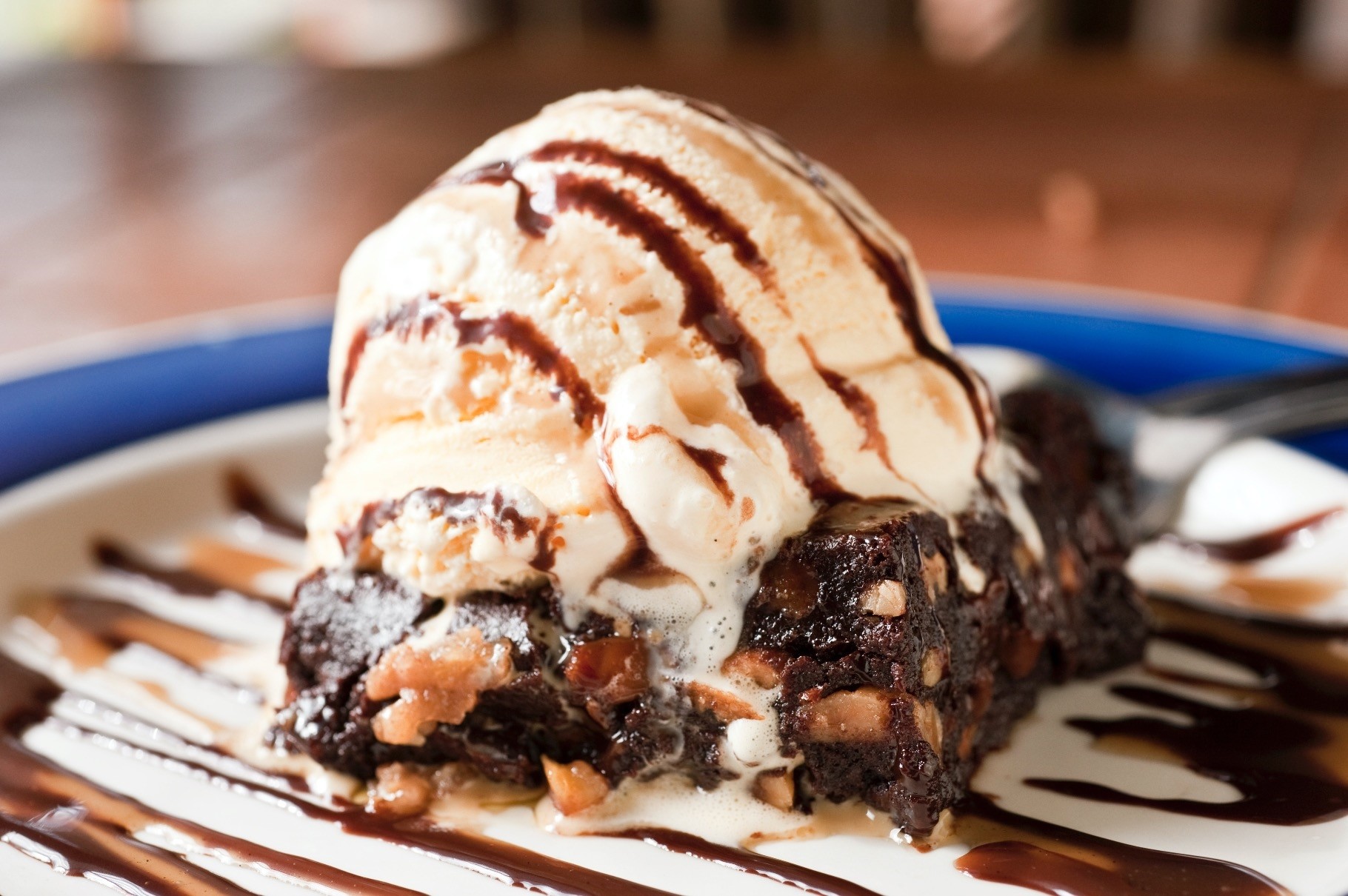 One of the age-old traditions in Turkey is enjoying the wide variety of scrumptious ice cream available in the summer months. In Istanbul especially, there are the classic decades-old vendors dishing up refreshing and traditional flavors. Italian ice cream parlors scoop up gelato and sorbets and new-age ice creameries are creating abundant concoctions. The following is the ultimate expat guide for where and what to try at the city's best ice cream vendors

Since 1969, Dondurmacı Ali Usta has upheld its standing as the city's most historically famous neighborhood ice cream shop and quintessential landmark of the quaint neighborhood of Moda. In both summer and winter, long lines form outside of the shop, which scoops up approximately 30 different traditional Turkish flavors such as Santa Maria, Hazelnut, Walnut and Melon, and pours scoops into warm mugs of sahlep in the winter months. They have a few tables inside, but the tradition is to grab a cone and stroll through the neighborhood parks. The only ice cream shop on the list to have not branched out, they serve their loyal customers from 8 a.m. to 4 a.m. daily.

Another classic Turkish ice cream producer who uses no preservatives and only fresh fruits and flavors is Dondurmacı Yaşar Usta, which has been serving Istanbullus since 1962 in Bostancı, with rotating flavors such as red plum, Cicibebe, fig, mastic, tahin, chestnut and even tomato and carrot. They have since branched out to seven different locations in Kadıköy, Bağdat Caddesi, Koşuyolu, Cihangir, 4. Levent and Bakirköy and are open from 10 a.m. to midnight.

Quite possibly the tiniest ice cream shop in the city at just four square meters, Mini Dondurma is huge when it comes to taste. They have been serving classic flavors such as their signature rose Turkish delight, mastic, caramel and raspberry to long lines of the loyally devoted in the chic Bosporus-lining neighborhood of Bebek since 1968 and are open from 9 a.m. to 3 a.m.

Mado is perhaps Turkey's greatest success story of a sweet shop expanding to grandiose proportions. With some 83 branches across Turkey, it all started with Mado opening a cafe with ice cream in Caddebostan back in 1992. Each branch is spectacular, many are multi-level and all are now scooping up their traditional Turkish flavors along with desserts, sweet specialties and snacks and they also have a line of sugar-free ice cream.

Bodrum's most popular ice cream brand Bitez Dondurmacısı now has a shop in Yeşilköy. With a quaint garden, painted and decorated to resemble a Bodrum house, one is easily transported to the popular summer destination from which the ice cream dished up here comes straight from. Open in summer and winter, their most popular flavors are Bodrum tangerine, pomegranate, honey-almond, cherry and mulberry and they also serve waffles and are open from noon to midnight.

Bringing the taste of Alaçatı, both in terms of palate as well as décor, to their second branch in the French Passageway in Karaköy, Dondurmino scoops up gelato in flavors such as pomegranate, peach, hazelnut spread, rosemary and lavender. Made from milk produced in Çanakkale's Biga, Dondurmino, which gained its fame in the surf paradise of Alaçatı is open from 10 a.m. to 11 p.m. daily.

Made from 100 percent goats' milk and fresh fruit, Alaçatı Muhallebicisi is a true success story of a local brand going national. They now have upwards of 50 of their signature blue and white-decorated shops and will be opening another dozen soon. Their classic flavors such as mastic and mulberry are known for their refreshing properties and most of their shops stay open past midnight.

Considered to be one of the most delicious ice cream brands in the world since its founding in 1921, Haägen Dazs has three branches in Istanbul, at the Kanyon and İstinye shopping centers on the European side and now also at the Emaar Square Mall in Üsküdar. Their coveted Mint Chocolate Chip, classic Cookies & Cream and, mouthwatering Macadamia Nut Brittle are all available to be scooped up or dipped into their signature fondue spread.

The impressively designed store adds to the excitement of being able to specially craft your own ice cream bar at the Magnum Store located on Bağdat Caddesi. Choose from a selection of ice cream flavors, chocolate coatings and to top it all off. For those down south there is also a Magnum Store in the Yalıkavak marina in Bodrum.

What started out in Arnavutköy in 2008 as an authentic Italian ice cream parlor scooping up both gelato and sorbet, has now turned into one of most deliciously decadent chain with locations in Yeniköy, Caddebostan, Göktürk, Acıbadem Akasya Shopping Center and the Aqua Florya Shopping Center. Definitely taking on the throne of being the top Italian ice creamery in Istanbul, the owner Aslı Eraltan studied traditional artisan production methods in Italy and only uses seasonal ingredients and natural flavoring. The menu changes on a daily basis, with over 40 varieties of creamy gelato and refreshing sorbet including the classics as well as creative flavors such as Crème Brûlée, Dulce de Leche, Mascarpone, Nutella, After Eight, Caramel Brittle and sour cherry with green apple and pumpkin and fig in winter. There is a small indoor and outdoor seating area in their landmark location and most always a line, but they scoop up from 10 a.m. to 2 a.m. and it makes for a wonderful companion of a leisurely stroll of this picturesque neighborhood lining the Bosphorus.

For the past decade now, Cremeria Milano has been Istanbul's long-standing resident Italian ice cream parlor. Brought to us by the Benucci family and in line with Italian tradition they serve two different types of ice cream, the cream-based gelato and fruit based sorbet and have flavors such as Mint Chocolate Chip. Tiramisu, Vanilla-Nutella- Wafer and fruit favorites such as peach and are located in Kadıköy, Harbiye and Eyüp as well as of course their flagship shop on Istiklal Avenue, which serves from 11 a.m. to 3 a.m.

The newest addition to the ice cream scene in Turkey and throughout the world is Thai Roll Ice. Arriving in Turkey under the same name and with a location conveniently located next to the popular breakfast parlor Kale in Rumelihisarı, Thai Roll Ice prepares what is considered the world's healthiest ice cream. Mixed on an iced grill with added toppings and flavors such as cookie mixes, chocolate sauces and fresh fruits, this ice cream is served in thin rolls filled with flavor. Their Istanbul location is open from 11:30 a.m. to 12:30 a.m. and they have recently opened a second shop in Turkey, located in Izmir's lively Konak neighborhood.

The American ice cream chain Cold Stone Creamery was the very ones to introduce the concept of mixing in a selection of toppings to ice cream on a cold marble slab. Pick your own toppings from a selection including brownies and cookies or try one of their signature mixes including the Peanut Butter Cup Perfection or their Mint Mint Chocolate Chocolate Chip. Although their flagship in Ortaköy is now closed, they have shops in Maslak, Ataşehir, Başakşehir, Bakırköy, Bayrampaşa, Levent, Esenyurt, Üsküdar and Kadıköy in Istanbul as well as branches in Ankara, Antalya, Alaçatı and Bodrum.