Best podcasts in Turkish and on Turkey 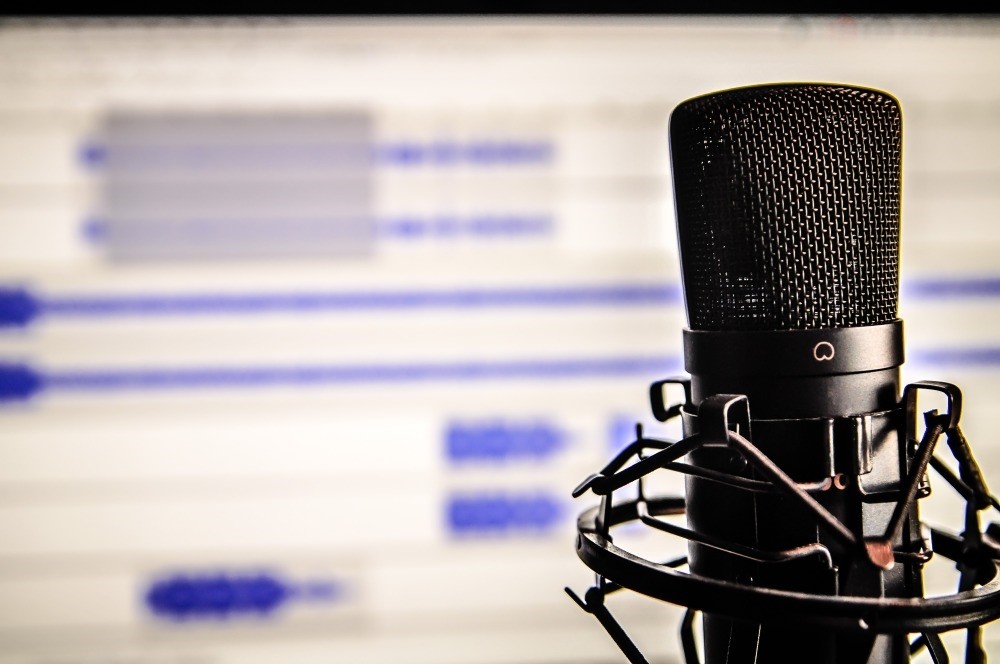 Listening to podcasts can be a convenient and entertaining way to gain insight into a culture and learn about its language. There are a number of podcasts in Turkish and about Turkey that are well worth checking out on a variety of subjects

Podcasts that are available on phones or computers have become increasingly popular over the past decade. While in Turkey it is admittedly a newer trend, there still are many captivating podcasts in Turkish and related to Turkey to fit everyone's taste.

The following is the definitive guide to podcasts in Turkish.

The Ottoman History Podcast is admittedly in a league of its own. What started in 2011 by Chris Gratien and Emrah Safa Gürkan, who were studying the topic at Georgetown University, has turned into a podcast community with over 300 episodes in English and tens of thousands of listeners. The podcasts are conducted by a wide range of scholars and experts on diverse subjects pertaining to the Ottoman Empire and many of the countries it once encapsulated. To learn about topics such as "German Expatriates in Late Ottoman Istanbul," "Beekeeping in Late Ottoman Palestine" and "Early French Encounters with the Ottomans," listen to the podcast on www.ottomanhistorypodcast.com.

Onbironsekiz is Turkey's new storytelling podcast community. Started by Onur Akmehmet and Berna Kahraman upon their return from Turkey after spending many years as researchers and academics in the U.S., the website offers over 60 episodes by volunteer storytellers who can upload their own audio recordings. The podcasts are broken into categories such as "My Tribe," "Tell your Story," "E-Love" and "Night in the City," to name a few, and are diverse in their styles and speakers, and are in Turkish. There is even an episode titled "Gurbetçiler," where expats in Turkey share their experiences. Check it out at www.onbironsekiz.com.

With four seasons of their "Horror Talks" (Korku Konuşmaları) under wraps, Gerisi Hikaye (The Rest is Fiction) is a podcast presented by three horror writers, Işın Beril Tetik, Demokan Atasoy and Galip Dursun, who discuss in detail all topics related to the genre, whether it be films, superstitions or scary stories and legends, giving excellent cultural insight. There have been over 100 episodes since 2014 tackling topics such as Stephen King, Frankenstein, horror comedy and ghost stories. They also discuss characters such as Şahmeran in Anatolian folktales, a subject on which they have also published two books on. Check them out at www.galipdursun.com/gerisihikaye/.

What started out as a blog intending to debunk myths such as superstitions, the flu, life beyond earth and obsessions such as rock salt, Yalansavar is now an entertaining podcast series. The 16 entertaining episodes are presented by Işıl Arıcan, a doctor in the U.S. who hosts two to three experts for long conversations on the matters at hand. https://yalansavar.org/

Havadan Sudan is a weekly podcast by photographer Mehmet Turan and his academic wife who present enjoyable discussions on all sorts of current news and events regarding technology, health, the environment and science. They have over 100 episodes you can find at their website http://www.35milimetre.com/havadan-sudan/.

Run by three Harvard graduate students in genetics, virology and physics, Aysu Uygur, İlker Öztop and Alp Sipahigil, who research and discuss with experts questions such as why we get fat, how light sabers work and are there biological reasons behind motivation on Bilim Kazani (The Cauldron of Science). Considering themselves the Robin Hoods of the scientific world, they aim to make complicated scientific matters understandable to the layman in Turkish and have even published books on their various findings. Although less active as of late, there are nearly 40 episodes to catch up on at bilimkazani.org.

More for the scientific specialist, Açık Bilim (Open Science) contains a number of podcasts, including their Muhabbet Teorisi (Conversation Theory) and Neuroblog. Conversations are held in Turkish with experts on subjects relating to science, natural science and medicine.

Teknoseyir (Techno Journey) is the most popular technology podcast in Turkish and is one of the oldest and most regular podcasts with hour-long weekly releases where technology enthusiasts discuss the newest developments on technology, computers, the internet and hobbies. Get your weekly entertaining technology-fix at www.teknoseyir.com.

Kayıt Başladı (Recording has Begun) is another podcast where two entertaining technology and entrepreneurial experts discuss technology-related topics. There are over 40 episodes to check out at http://kayitbasladi.com/.

Girişimci Muhabbeti (Entrepreneurial Conversation) is a podcast on, you guessed it, entrepreneurialism, startups and technology in Turkish hosted by Barış Koçdur and Sami Can Tandoğdu. They have over 100 episodes, each approximately half an hour long with their latest released just last week on investing in cryptocurrency, which you can find at http://www.girisimcimusthabbeti.com/

The Kaçık Prens (Loony Prince) Podcast discusses questions like what is happiness, being grateful or how we choose our spouses in an enjoyable chat show based on social psychology led by two 30-somethings at http://kacikprens.blogspot.com.

Last but certainly not least is Turkish Tea Time, the brainchild of an American expat, which makes learning Turkish through podcasts fun. Each concise episode explains a grammatical rule in Turkish, centered on hilarious and often taboo topics. https://turkishteatime.com/