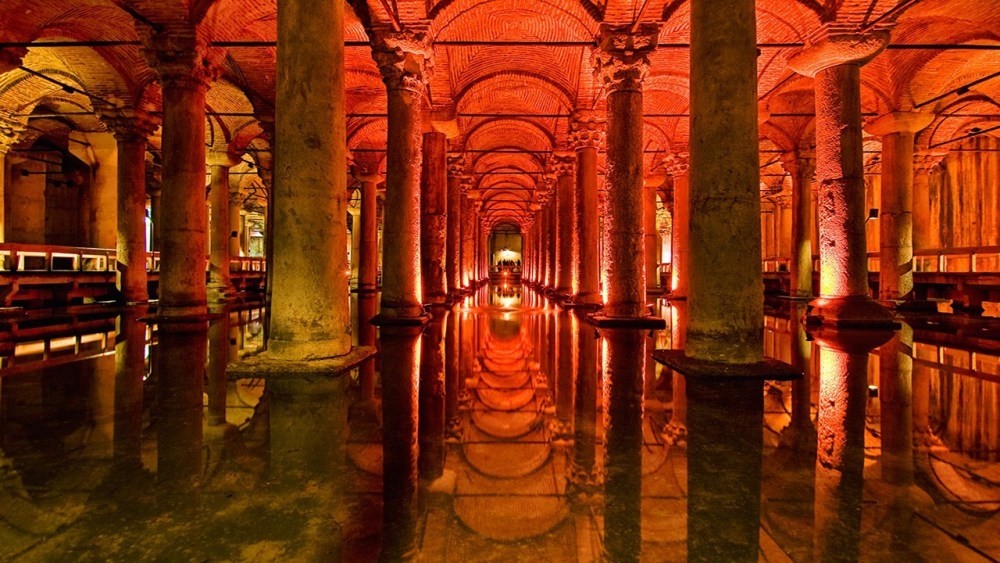 This November, has a wealth of offerings on Byzantine and Ottoman history at lectures, symposiums and even a party at some of Istanbul's most impressive museums

Introduction to Byzantine History course at Sakıp Sabancı Museum Sabancı University's Adult Education Program resumes this November with a very special lecture course entitled "Glamour of Byzantium" An Introduction to Byzantine History, which will take place in English for the first time. This four-week program will be held at the Sakıp Sabancı Museum in Emirgan on Thursday evenings from 7:30 p.m. to 9:30 p.m. on Nov. 9, 16, 23 and 30.

This intensive course is designed to provide participants with a sound introduction to Byzantine politics, economy, culture and religion and will focus on the mark left by the Byzantine Empire on the Mediterranean. Led by Bosporus University Assoc. Prof. Koray Durak, the course is described as "delving into how the synthesis of the Byzantine Empire came into being as a result of its combination of Roman state traditions, Greek language, and Christianity and examining how the Byzantine Empire survived and prospered in the Eastern Mediterranean that was also home to Muslims, Slavs, Turks, and Crusaders in the Middle Ages. The participation fee for the adult education programs is TL 600 ($157). Visit www.sakipsabancimuzesi.org for more information and to register. 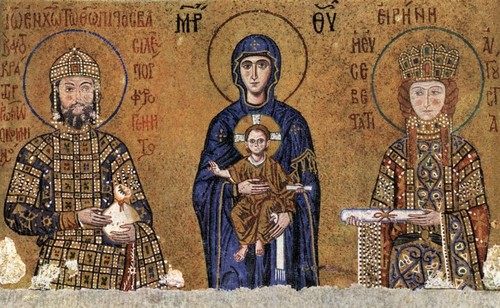 Symposium: Discovering Byzantium in Istanbul at Pera MuseumIn honor of the 10th anniversary of its foundation, the Istanbul Research Institute will be hosting a symposium entitled "Discovering Byzantium in Istanbul: Scholars, Institutions and Challenges (1800-1955)," a symposium examining the development of Byzantine studies in Istanbul during the 19th and early 20th centuries. The symposium will take place at the Pera Museum in Tepebaşı from Thursday to Saturday, Nov. 16-18.

Organized under the direction of Olivier Delouis and Brigitte Pitarakis from the French National Center for Scientific Research (CNRS) in Paris, the symposium will have visiting lecturers from esteemed universities in Turkey, Europe and the U.S. discussing a wide range of topics pertaining to Byzantine studies in a rich three-day program that will take place in English with simultaneous translation into Turkish with free admission. On Saturday at 7:30 p.m., the Istanbul Research Institute will also be hosting a Galata Music Project concert in which melodies from old Constantinople will be played on traditional instruments at Pera Café. Check out the Istanbul Research Institute website for a detailed program of the symposium at en.iae.org.tr.

The Public Life of Ottoman Fountains- Talk at Salt GalataOn Wednesday, Nov. 22, SALT Galata will be hosting a lecture on "The Public Life of Ottoman Fountains" by Shirine Hamadeh, Assoc. Prof. in the Department of Archaeology and History of Art at Koç University and the author of "The City's Pleasures: Istanbul in the Eighteenth Century." The talk, which will be in English, will explore the emergence of fountains as landscape monuments in the Ottoman capital and the role these urban landmarks plated as fashionable objects of patronage and venues for artistic experimentation. This talk is organized in parallel to the ongoing Commissioners' Exhibition, which studies the relationship between architects and their commissioners spanning back to the early years of the Republic, which will run until Nov. 26.

Another event concurring with the exhibit will be a special tour of three fountains, located in Beyoğlu and Karaköy that were commissioned in the 17th century, by an academic who conducted his doctorate on the subject. The tour will begin at Salt Galata at 2 p.m. on Saturday, Nov. 18 and will be held in Turkish. Visit saltonline.org for more detailed info.

A Night in the Naval MuseumTime Out Istanbul has organized "Müzede Bir Gece," in English, "A Night in the Museum," set to be a very special evening at the Istanbul Naval Museum in Beşiktaş. Established in 1897, the museum contains a vast collection of maritime vessels from the Ottoman Empire and the founding of the Republic.

This special event will take place on Friday, Nov. 24 from 7 p.m. to 3 a.m., after the museum closes its doors to regular visitors. Guests to this unique event, which will have live music, DJs and delicious treats, will be able to tour the museum until 11 p.m., after which the party will move on to the Barbaros Hall, located within the museum, where it will continue until the early hours of the morning. Tickets are TL 125 and are available at Biletix.