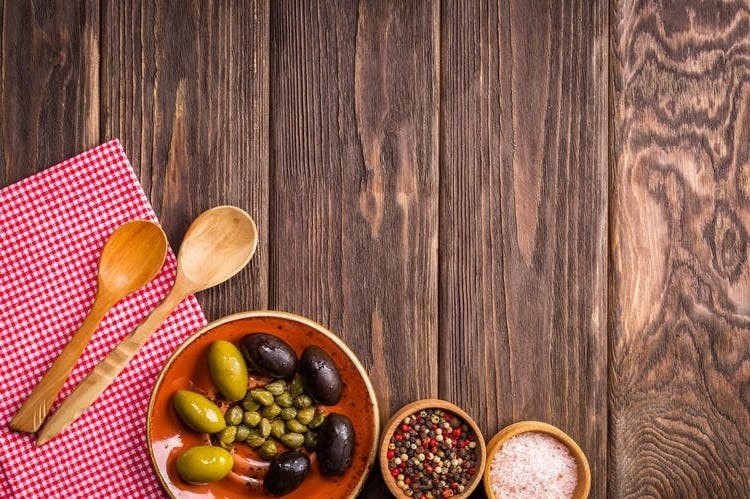 Turkey's culinary arts will be celebrated over the next 30 days with a series of events, including expat gatherings, an award ceremony, cookbooks and an international show

February is turning out to be a fun food-filled month with an entire Expat Spotlight devoted to the subject. The city's best new restaurants are up for the coveted TimeOut Awards, while Turkey's culinary legacy is being celebrated on the screen and in print in Britain.

Tomorrow, Feb. 21 will be the 10th edition of Expat Spotlight, a monthly talk series that showcases the inspiring contributions made by Istanbul's diverse international community to the city's cultural, sporting, humanitarian, and business spheres. Organized by Yabangee, a website that offers reviews and advice and informs foreigners of what's going on in Istanbul, the event takes place at ATÖLYE, an interdisciplinary innovation platform located in the historical former Bomonti Beer Factory-turned entertainment complex. Each edition of Expat Spotlight focuses on a different theme with this month's being gastronomy with a dozen or so speakers in the field sharing moving stories and reflecting on personal interests to create a resourceful dialogue. The event takes place in English and begins at 7:30 p.m. with doors opening at 7 p.m.; attendance is free, and there is no need to R.S.V.P.

Serving as the Master of Ceremonies will be Sally McDonald, an Australian expat and passionate home cook who is the face of Foodie Frolics, an Istanbul business launched in 2012 that does specialized culinary pairings and introduces ingredients in cooking classes and as a private chef, catering and in culinary tours. She shares her gourmet foodie adventures in Istanbul from her website foodiefrolics.com.

Originating in Singapore, Kay Redrup has lived in Istanbul since the early '90s. She is a cook and the originator of the Pop-up Dinners Istanbul experience. She strives to bring originality, atmosphere, good food and a connection with people to each dinner. She also is one of the appraisers of The Food Sleuth website that publishes only the best places to eat and experience worldwide. Nicolas Gardet is a French expat who left behind two decades of software engineering and marketing in tech companies such as Microsoft, Intel, and Philips to turn his passion for food into a full-time occupation as he was Inspired by local food cultures and enjoyed cooking for friends and family. He went on to attend culinary school, and to work as a private chef. He then co-founded Papiyot Fine Food, a gourmet food store and catering company that creates products and menus using local ingredients and modern techniques. He is now working on a new concept inspired by the Turkish table that will be launched as a pop-up dinner soon.

Hira Ahmed is a Le Cordon Bleu graduate chef in cuisine and pastry from Pakistan. Finishing her undergraduate program from Özyeğin University in Istanbul in the field of gastronomy culinary arts and hotel management, she now manages the business and culinary side of the restaurant Aladdin Istanbul, which offers a fusion of South Indian and Pakistani Cuisine.

Ahmet Türker will be serving as the local representative for the evening. He is the founder of Çorbada Tuzun Olsun Derneği, an Istanbul-based association that assists those living on the streets. Operating as a soup kitchen that feeds the homeless in Beyoğlu, check out corbadatuzunolsun.org to learn more about ways to help.

Time Out Eating and Drinking Awards

The city guide and lifestyle magazine Time Out is holding their 17th annual Eating and Drinking Awards (Yeme İçme Ödülleri in Turkish) in which you can vote online for your favorite restaurant in a number of creative categories such as Best New Turkish Music Venue, Best New Meat Restaurant, Best new Burger Place and Best Venue in Reşitpaşa in addition to the more classical Best Chef and Best New Restaurant.

Nonetheless, you can put in your own two cents online and check out Time Out's social media accounts to find out how you can attend this prestigious award ceremony in the culinary world, which will take place on Monday, Feb. 26 at Cahide, a very popular and flamboyant venue that hosts over-the-top cabaret nights, now located in Harbiye.

Just last week, Turkey's culinary legacy was featured in the full-length BBC program "Nigel Slater's Middle East." In the three-part series, well-known British food writer Nigel Slater prepares food and eats in towns and cities throughout Lebanon, Turkey and Iran. In the episode on Turkey, Slater starts off in Istanbul dining on the cuisine of

the sultans after which he travels to the rural heartlands of central Anatolia to discover local cuisine and then visits the Black Sea region to focus on the regional specialties as he makes his way from Trabzon all the way to the Kaçkar Mountains.

"Özlem's Turkish Table" is a soon-to-be-released cookbook by Özlem Warren, a Turkish expat residing in England whose blog of the same name has become widely popular for being the go-to guide for traditional Turkish culinary instruction in English.

The book is a tribute to the wonderful diverse cuisine of Turkey and emphasizes the author's southern Turkish roots with recipes from her hometown of Antakya. While the official release of Özlem's Turkish Table is in April, it is available for pre-order in February with delivery in March, and the blogger, home cook and now cookbook author has promised to personally sign each and every one. She will also be offering a number of cooking courses to promote the book in London this March.