Life is a stage: Where to showcase your talent in Istanbul 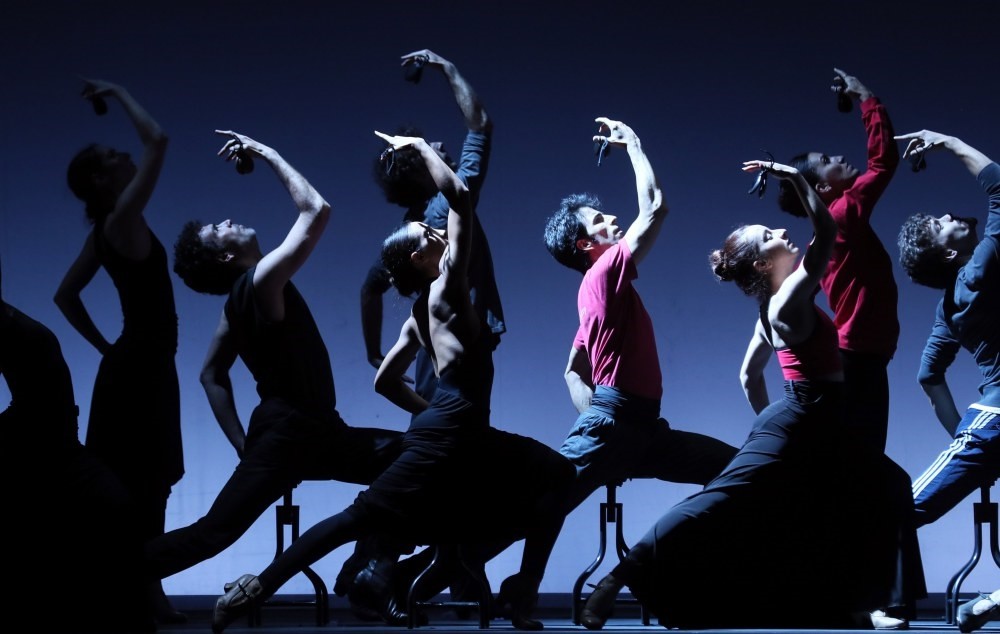 Whether it is through spoken word and stand-up comedy, theatrical or public speaking groups, music jams and even dance displays, there are a number of ways to take the stage and perform in Istanbul.

Public speaking: If you want to improve your public speaking skills and gain confidence in front of an audience, Istanbul has a number of English-language Toastmaster clubs that host regular meetings on Tuesdays and Wednesdays on the European and Asian sides of the city, respectively. Toastmasters are a nonprofit organization with clubs worldwide formed with the purpose of helping members improve their communication, public speaking and leadership skills. Check out Istanbul Toastmasters, the Bosphorus Toastmasters and Istanbul Asia Toastmasters.

From March 31 to April 1, the 3rd Toastmasters Turkey Convention will take place in Ankara, where speakers from clubs all over Turkey will compete in English and Turkish language categories.Dance and acrobatics: Çadır is a unique circus studio in Kadıköy that offers a wide variety of unique classes, such as aerial acrobatics, hula hoop, unicycle, tap dance and even Cyr wheel, and also holds juggling conventions on Wednesdaynights. However this Wednesday, March 21, Çadır will host the eighth edition of their Açık Sahne in English "Open Stage," in which anyone and everyone is welcome to take the stage for a performance in any form of art, spanning from dance, acrobatics, music, stand-up, poetry, video art and theater. To perform, you just need to let them know the night before. Doors open at 7 p.m. and the performances will take place between 8 p.m. and 10 p.m.

Theater: Speech Bubbles is an English-language theater group and performing arts school that organizes two big musical productions as fundraisers for local charities each year. Formed over 25 years ago by an expat with the intention of putting on English productions for his students, Speech Bubbles has since blossomed into a full-blown volunteer theatrical troupe with many members from the expat community that you can see performing at their show "The Curious Case of the Dog," on Saturday, March 31, and Sunday, April 8 at Profilo in Şişli.

Stand-up comedy: Take Me Up the Bosphorus, founded by British-Turkish comedian Aslı Akbay, hosts an English-language open mic night at least once a month as well as hosting professional headliners. KoMikrofon is its Turkish equivalent and both take place at Kaset Kadıköy.

Spoken Word: Spoken Word Istanbul is a weekly English-language open mic series that has changed many an expat's life in Turkey. From meeting and mingling with others to testing out your skills for an audience and watching other rising talents. Spoken Word is the definitive event to give getting on stage a try. If you want to take the stage for a maximum of six minutes, no reservations are required just show up early as spots fill up fast. Held every Tuesday evening from 8:30 p.m. to 11 p.m. at Arsen Lüpen in Taksim, Spoken Word Istanbul's influence on the expat community has even been written about in The Atlantic.

Improv: Istanbul also has a popular improvisational theater group called The Clap and their offshoot Ephemerata, formed by two American expats who have since been joined by multiple other members. Check out their shows, which take place every other Friday at Yota Sahnesi in Beyoğlu, and the website www.improvinistanbul.com to see if it's something you might want to take part in.

Music: Formed by an expat musician, Jam Sessions Turkey, which was regularly held at Kolektif House, may currently be on hiatus; however, a revival is in the works. Otherwise, Arsen Lüpen, with locations on both the European and Asian sides of the city, occasionally hosts jam sessions where you can play your instrument alongside other musicians, foreigners and locals alike.

Storytelling: Over the past decade, French expat Judith Liberman has, if not single-handedly, played a significant part in introducing the revival of storytelling as an art in Istanbul. You can catch her on her radio show Masal Bu Ya! as well as performing in storytelling nights and offering regular courses and retreats through Masalhane. Coming up next month April 6 to 9, Judith will also be co-hosting a retreat in Fethiye where you can learn and put your storytelling techniques to the test as well as indulge in a little art therapy, dance and connect with nature.

Writing: Istanbul's expat community also has an excellent venue for those who prefer to put pen to paper and showcase their talents in print, albeit on the worldwide web. This online English-language literary magazine centered on Istanbul was founded last year and is the first of its kind. Released once every two months, they publish categories such as poetry, interviews, fiction and nonfiction.