Hello May: A month of fun, food, music and sun 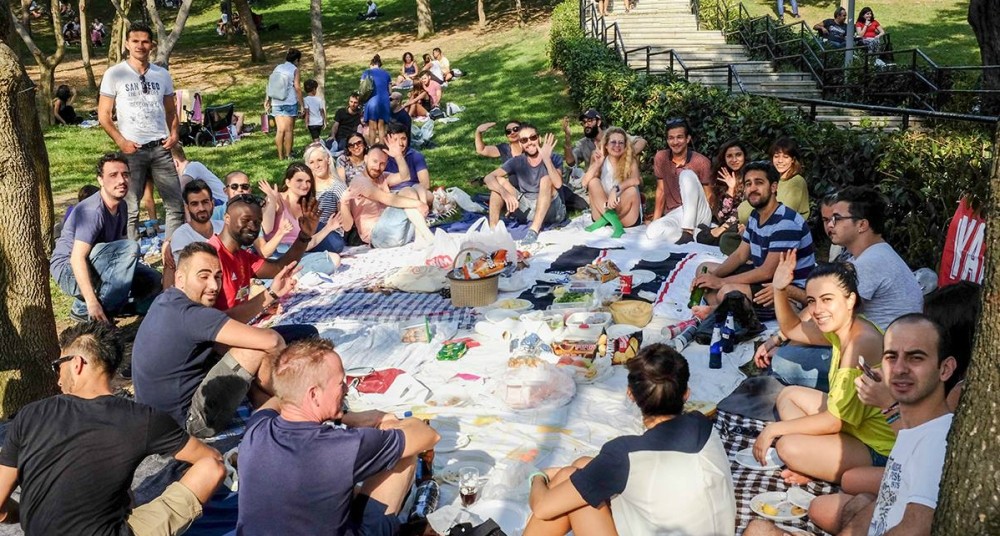 The expat community has organized a wide range of events this month to get you out and mingling while enjoying some of the finer things in life, such as good music, great food and fun shopping.

Check out what's in store for expats in Istanbul this May:

Spoken Word Istanbul is a weekly event, held every Tuesday at 8:30 p.m. at Arsenlüpen in Beyoğlu, in which anyone and everyone is welcome to take the stage to perform for a maximum of six minutes. Held in English, this is the first multi-cultural event of its kind here in Istanbul and for many members of the Expat community, has been a life-changer and one that has even been written about in international publications.

On Tuesday, May 1, Yabangee, the website devoted to and run by expats in Istanbul, will kick off their newest event series "Ultimate Rock!: A Musical Journey," which will be held at Eski Beyrut in Kadıköy. Starting at 10 p.m. and set to become a weekly event to be held every Tuesday, including on May 8, 15, 22 and 29, this will be an evening devoted to the genre of rock.

On Thursday, May 3, Impact Hub Istanbul will host their newly launched "Stand Out!" talk series, which invites speakers from a diverse array of disciplines to share how they have managed to distinguish themselves from the crowd and rally support for the important work they are doing, whether it be a film, art projects, social movements or the next big thing. Taking place from 7 p.m. to 9 p.m., this event is in English and attendance is free. The guest speakers for what will be the second event in the series will be Tarik Yassien from Yabangee and Mert Salur founder of Getir, an app dubbed the fastest mobile retail service in Turkey. The moderator for the evening will be Matt Ford, CEO and founder of Vignette Interactive, a media production and software firm, which provides innovative storytelling.

On Friday, May 4 a new slew of comedians from all over the world will be on stage at Standup Turkey, a monthly stand-up comedy event series that takes place at BKM Mutfak Çarşı. Starting at 8 p.m., this Friday's event will also feature British comedian Ollie Horn, who as an expat living in Japan has made quite a name for himself as a television personality. In addition to this special guest, there will be comedians from the U.K., the U.S., Egypt, Iran and Bolu performing stand-up comedy in English. Tickets are TL 34 ($8.50) and will be available on Biletix and at the door.

Handmade Istanbul is a group of local artisans, crafters and makers from all over the world that will be hosting their annual "Spring Market" this Sunday, May 6, from 11 a.m. to 6 p.m. at St. Helena's Chapel, located on Meşrutiyet Caddesi adjacent to the Rixos Pera Hotel. There will be stands set up selling all sorts of gifts and handcrafts, entrance is free of charge and proceeds go to help the St. George Hostel for U.N. registered refugees.

On Sunday, May 6, Yabangee returns with the second edition of its "Flashback Nights" series, which takes place at Beat a nightclub located on Yeşilçam Sokak in Beyoğlu. Held every Sunday, "Flashback Nights" will be a nostalgic blast to the past with classics from favorite musical eras. Meanwhile, on Beat's roof terrace floor, there will be a parallel event series held by Yabangee Student called "Oasis: An Electronic Escape at Beat Roof," which will have a curated set of the city's up-and-coming electronic music DJ's. In addition to being held this May 6 starting at 10 p.m., both events will take place every Sunday, including on May 13, 20 and 27.

On Saturday, May 12 from 10 a.m. to 4 p.m. the annual "Bomonti Kermes" will be taking place at the Fransız Fakirhanesi, located in the multicultural neighborhood of Bomonti. Held every year at this time of the month, this spring market will have all sorts of gift items, clothes, books and snacks for sale at this charity event in which proceeds go to assist the elderly home Little Sisters of the Poor.

On Saturday, May 12, Yabangee will be hosting a "Picnic-Potluck" that will take place at Maçka Park to mark the upcoming start of Ramadan. The event will begin at 3 p.m. and in true potluck style, guests are encouraged to prepare or bring something to share with others.