Networking in Istanbul: Where expats connect 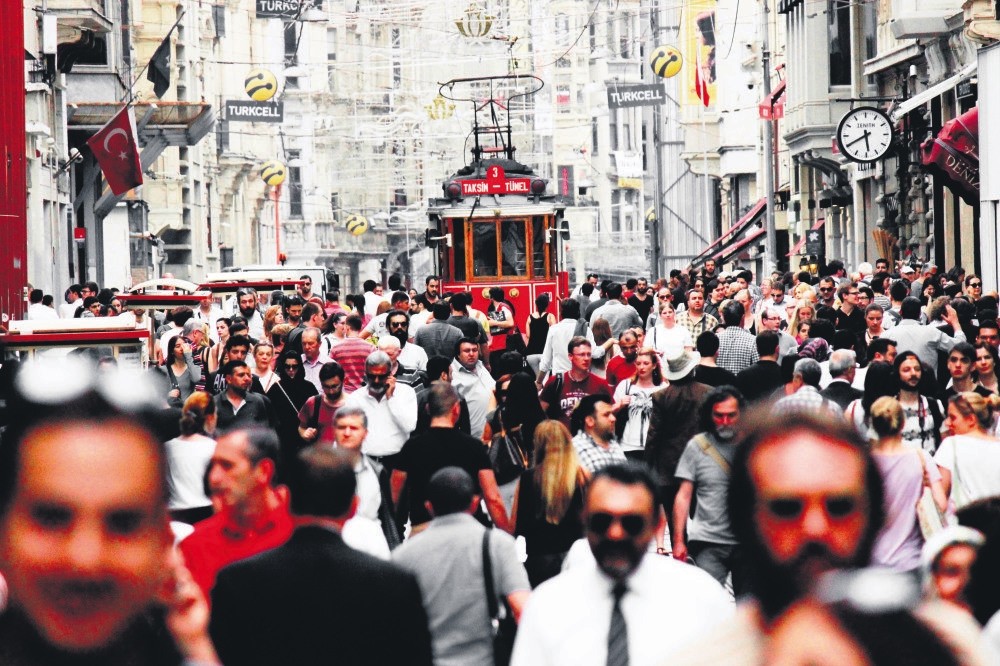 With new expats arriving in town daily, we are offering a guide on where to meet fellow foreigners in the city while also challenging yourself intellectually, pursuing an artistic ambition or enjoying a great meal

With summer winding down and the school year starting, autumn is when many new foreigners arrive in Istanbul to give living the expat life in Turkey a try. Luckily, there is a widespread and active expat community here in Istanbul with a spectrum of organizations and activities to fit anyone's interests.

Yabangee: The volunteer-based English website Yabangee is not only an invaluable resource for foreigners in Turkey by providing events listings, reviews and advice, but it also serves as a community platform for expats and globally minded locals by hosting a wide variety of events series. In addition to organizing the monthly Expat Spotlight talk series, in which every month half a dozen foreigners share their personal stories and expertise based on different themes, Yabangee also hosts music-themed nights at Beat in Beyoğlu on most Sundays and Thursdays and also organizes monthly trivia nights.

InterNations: The Istanbul leg of InterNations, the world's largest professional networking organization for expats, is surprisingly active, regularly hosting meet ups at some of the hottest venues in town. There also a number of special-interest groups for members that hold regular activities such as kids' play groups, running and walking groups, a book club and even a karaoke group.

IWI: Short for the International Women of Istanbul, IWI is a nonprofit member-based social organization that provides a support network for international women in Istanbul. In addition to hosting two major charity events every year, namely a holiday bazaar and a spring ball, throughout the year they organize a wide variety of activities such as art and cultural tours, seminars, cooking courses and brunches.

Istanbul&I: The volunteer youth community Istanbul&I is dedicated to empowering multicultural youth through making a social impact by assisting disadvantaged and displaced communities. They have nearly 300 members from over 50 different countries and host a wide number of activities from their center in Karaköy. In addition to hosting weekly speaking clubs in Turkish, English, French and Spanish they also have a seminar series called ÇayTalks and organize other informational and cultural talks. On Saturday Oct. 6, they will be holding an orientation for new members from 7 p.m. to 9 p.m. for anyone wanting to learn more about their programs.

Toastmasters: Istanbul has three active English-language Toastmasters organizations where participants get together to improve their communication and public speaking skills. Meetings are held on Tuesday and Wednesday nights on the Asian and European sides of the city, respectively.

Speech Bubbles: Istanbul also happens to have an English-language theater group and performing arts school by the name of Speech Bubbles that was established by an expat over 25 years ago. Every year, volunteers of all ages and from all over the world put on two big musical productions as fundraisers for local charities.

Open mic nights: There is a weekly English-language open mic series in the city called Spoken Word Istanbul that has been influential in many an expat's life. Every Tuesday night anyone is welcome to take the stage for six minutes to perform for an audience at Arsen Lüpen in Beyoğlu. A great opportunity to discovery and share your talents and an entertaining event for those in the audience. Stand-up comedy: A number of English-language stand-up comedy nights have also sprouted from the performances at this weekly event, namely Standup Turkey and the Meeshy Variety Show, both of which showcase international English-language stand up and improv comedy performers. The Meeshy Variety Show will take place tonight at Yota Sahnesi in Beyoğlu and on Thursday Standup Turkey will perform at BKM Çarşı. Meanwhile, Take Me Up The Bosphorus is Istanbul's first English-language stand-up open mic night, which is held every two weeks on Sunday nights at Kaset Kadıköy.

Quiz Nights: Istanbul now has three regular English-language trivia nights, which are a great opportunity to test your knowledge while meeting new people. The Real Istanbul Pub Quiz, which takes place at the Irish Pub James Joyce in Beyoğlu, resumes on Wednesday night. Yabangee holds a trivia night every month as does Cihangir Cool for Cats, and this month they are teaming up to hold one together. Cihangir Cool for Cats was created by an expat as a network to assist the street cats of the Cihangir neighborhood. They do wonderful work by feeding, caring for, neutering, fostering and ensuring the adoption of many fortunate felines.

Tidy Turkey: There is an organization based in Istanbul and started by an expat called Tidy Turkey that gathers regularly to collect litter, thereby beautifying their surroundings while being active and meeting new people at the same time.

Pop-up Dinners: There are two different pop-up dinner events run by and frequented by members of Istanbul's expat community. Pop-up Dinners Istanbul is held by a Dutch-Singaporean former restaurateur from her home in Cihangir. The meals are themed, such as this Saturday's "Around Singapore" dinner. Newer on the scene is Casablanca Cuisine, a home cook who prepares the traditional flavors of her native Moroccan cuisine.