February fun for expats in Istanbul far from over 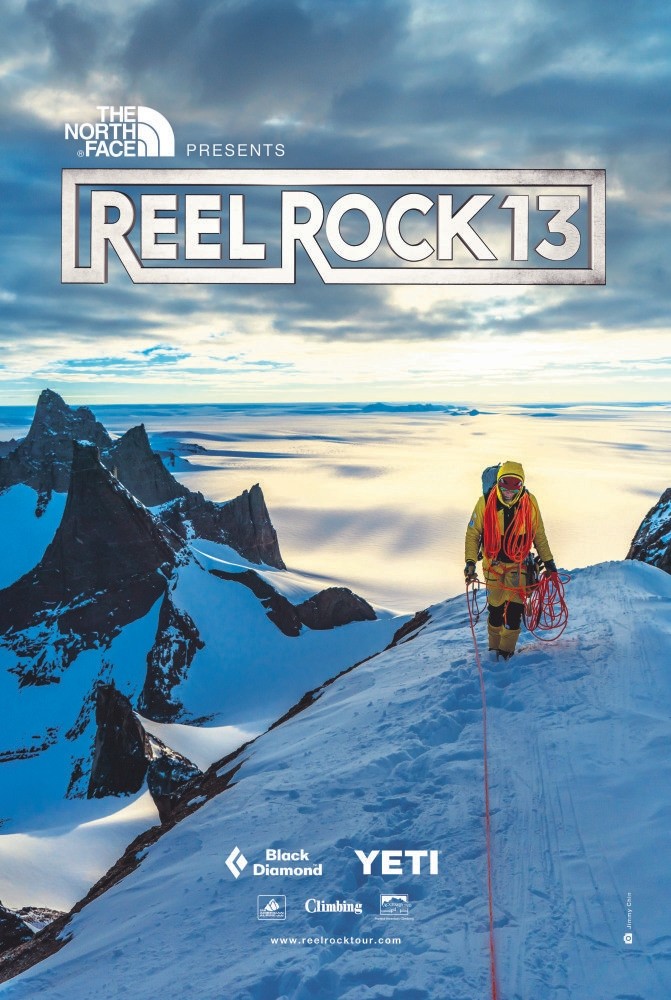 From quiz night and karaoke fun to a gathering of rock climbing enthusiasts for the year's best films in the sport; there will also be literary conferences and a seminar on immigration issues, all in the coming weeks.

Tonight, Yabangee, a web-based expat community for foreigners living in Istanbul, will be trying out a new venue for their "Trivia Night" and "Karaoke Night" event series. With two fun events happening on the same night, this will be a great opportunity to check out Champs Sports Pub in Beşiktaş. The Trivia Night will begin at 8 p.m. with doors opening at 7 p.m. There are six people to a team and you can be paired with others if you come alone. Questions will be asked in Turkish and English and the top three teams win prizes. The participation fee is TL 20. Yabangee's lively "Karaoke Night: Release Your Inner Star" will begin at 9:30 p.m. at the same venue and entrance is free.

This year's tour will screen four different films, taking viewers all over the world - from Antarctica to the U.S., Czech Republic, Moscow and Jordan. It will tackle subjects such as speed rock climbing and climbing on sandstone and will follow Adam Ondra, who is considered one of the world's best lead climber and boulder.

He has won multiple world championships and famously set and climbed the world's hardest route, located in Norway.

The event will begin with an opening cocktail at 7 p.m. followed by the screening at 8 p.m. Attendance is free, however, for those who are not students at the university, it is mandatory to register for the event by filling out a form available on the event's Facebook page.

Yabangee and Zoom Organization have teamed up for a very special themed "Las Vegas Night," which will bring the games and atmosphere of Las Vegas to Istanbul. Held at Dorock XL in Beşiktaş on Friday, Feb. 22, 9 p.m. onwards, there will be popular casino games played just for fun and dance shows as well as a little faux marriage chapel that will be handing out keepsake certificates to married couples. Tickets are TL 40 and TL 50 for the VIP option and are available on Biletix.

On Saturday, Feb. 23, the Istanbul Cervantes Institute will be hosting a conference where academics from Spain and Turkey, specializing in the literature of Miguel de Cervantes, will discuss the connection between Spain's most famous literary figure and the Turkish world. Taking place in Spanish and Turkish from 2 p.m. to 5 p.m., the event will have simultaneous translation. The conference will take place in the upper foyer of the Cemal Reşit Rey Concert Hall in Harbiye and entrance is free and open to the public. The conference will be followed by the opening of an exhibition of Cervantes' works translated into modern and Ottoman Turkish. This celebration of Cervantes will conclude with a concert titled "Desde Los Mundos de Cervantes" by the Cervantes Philharmonic Orchestra. The tickets are available on Biletix.

Located in Tarlabaşı, the Cervantes Institute, officially named Instituto Cervantes de Estambul, is a cultural and language institution that hosts a number of interesting events such as tonight's "Dialogos Cervantes," where mystery novelist Ahmet Ümit will be joined by the director of the Istanbul Cervantes Instute, Gonzalo Manglano, to discuss Spanish literature. The event starts at 9 p.m. and is free to attend on a first-come-first-served basis.

Feb. 27 - ReelLife Film Series "A Thousand Girls Like Me"

The Columbia Global Center in Istanbul will be hosting a ReelLife Film Series that will display some compelling stories and conversations in its screening of the 2018 feature-length documentary "A Thousand Girls Like Me." The film is about a young Afghan woman's desperate struggle with her father's abuse. The film was shot in Persian and will be shown with English subtitles. It will be followed by a discussion on the film and its social issues. The session will be attended by the filmmaker Sahra Mani, United Nations Development Program (UNDP) Gender Equality Expert Bharati Sadasivam and professor Ayşen Ufuk Sezgin from Istanbul University's Department of Forensic Medicine. The screening will take place at ANAMED - the Koç University Research Center for Anatolian Civilizations, located in Beyoğlu's Tom Tom neighborhood. Registration for the free event could be done through Event Brite.

The IFEA (Institut Français d'Études Anatoliennes), a research institute for French scholars in Turkey will be hosting the founder director of the International Policy and Leadership Institute (IPLI), Timothy Reno for a talk on "Refugee Management between Turkey and Europe: Past and Present." The program is part of their seminar series on Current Issues on Migration. The seminar will take place at the in the Cezayir Hall at the IFEA located at the French Palace in Beyoğlu's Tom Tom neighborhood. The talk will be held from 6 p.m. to 8 p.m. For registration visit www.ifea-istanbul.net.