Get your spirits up with March expat events 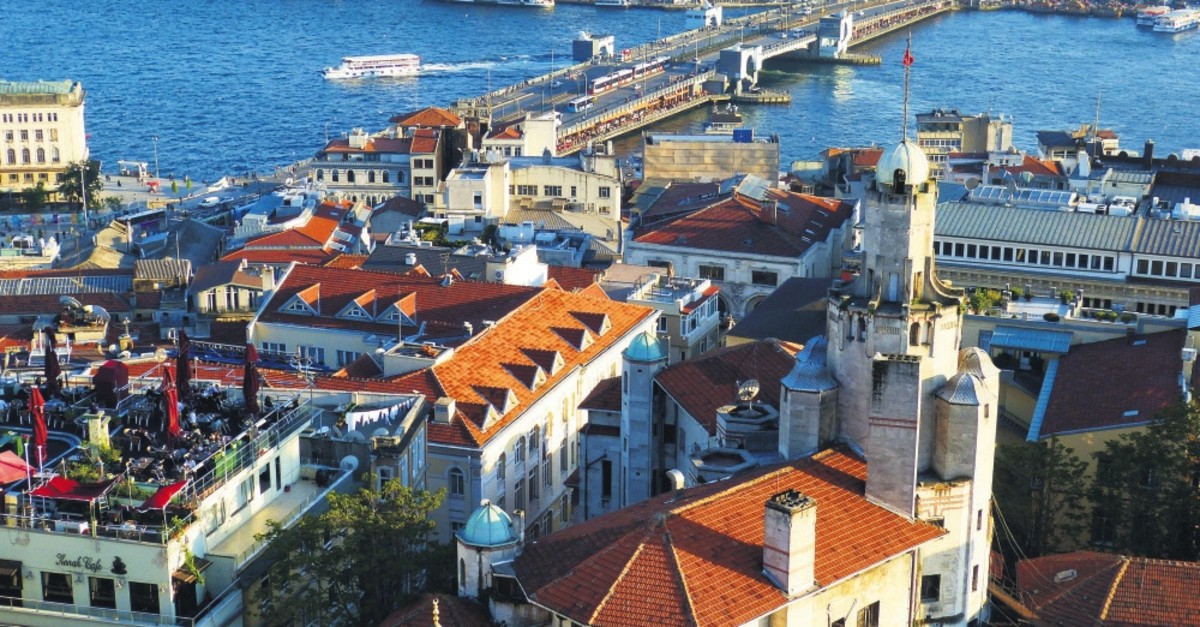 Spring is around the corner and the expat community in Turkey is getting ready for warmer days with dancing, dining and chats with friends

There are a wide array of events that will be taking place this month in Istanbul that are either held by or are of interest to the expat community. Whether you want to laugh, dance, dine or test your knowledge, there is something for everyone this month.

An Evening of Improv

The Clap is Istanbul's resident English language improvisational group. Formed by veteran expats and performers, The Clap will be performing "An Evening of Improv" at Yota Sahnesi in Beyoğlu from 8:30 to 10:30 p.m. Guaranteed to be original, this is a fun night with lots of laughs in English and a great draw for the expat community.

Yabangee, a volunteer-run website and platform that dishes out advice for foreigners and informs of events in Istanbul as well as hosts a number of event series, will be hosting a special Mardi Gras party on Saturday, March 2 at #bunk roof in Harbiye. Most popularly celebrated in New Orleans, and also referred to as Fat Tuesday, Mardi Gras is traditionally a lovely carnival celebration, the spirit of which they aim to capture at this party, which will have DJs, masks and bead necklaces as well as prizes. Entrance to the party is free and doors open at 9 p.m. Bunk Rooftop, aka #bunk roof, is located on the sixth floor of the stylish hostel #bunk taksim, which has excellent international food and spectacular views.Celebrating community

On Saturday, March 9, Yabangee will be teaming up with Istanbul&I and Spoken Word Istanbul for an event entitled Celebrating Community that will be held at Arsen Lüpen Beşiktaş. These three organizations have been instrumental over the years in bringing together the expat and foreign community in their own right, but on this night, they will be teaming up to host their vibrant communities under one roof.

Yabangee started out as a website that has blossomed into a community organizing a variety of expat-interest events, such as English-language trivia and karaoke nights and their monthly Expat Spotlight talk series, which showcase the contributions made by expats in Turkey in a variety of spheres. Istanbul&I is a multicultural organization devoted to youth empowerment through volunteer work that has over 300 volunteers from 50 different countries. They also host language clubs, book clubs and their Çay Talks and Introduction to Culture event series. Spoken Word Istanbul is a popular multicultural open mic series that takes place at Arsen Lüpen in Beyoğlu on Tuesday nights. On this special event, each of the three organizations will showcase one of their activities, while DJs set the vibe. Entrance is TL 20 and doors open at 8 p.m.

Run by Kay, a former restaurateur and Singaporean-Dutch expat, from her home in Cihangir, Pop-Up Dinners Istanbul regularly hosts themed dinner parties that are immensely popular among the expat crowd. Due to popular demand, this month Kay will also be offering two special Masterclasses on "Secrets of the Indian Pop Up Dinner," in which she will demonstrate how to prepare some of the most favored dishes from her Indian-themed nights. Samosas, onion bhajis, butter chicken and lamb rogan josh are just some of the items on the menu for this special course that will be held on Saturday, March 9 and Saturday, March 16 from 2 p.m. to 8 p.m.

In a rare treat, on Saturday, March 23, at 8:30 p.m., Pop-Up Dinners Istanbul will also be hosting a uniquely themed Game of Thrones pop-up dinner entitled "Fire and Ice." Inspired by the immensely popular TV series which resumes next month, the menu and the evening will be devoted to theme elements from the show, and guests are also encouraged to come in character.

The city's sole multicultural open mic night series Spoken Word Istanbul will be hosting their first-ever Poetry Slam show at Kaset Kadıköy on Sunday, March 17. Starting at 7 p.m., the event will consist of a poetry reading open mic followed by a Poetry Slam in which those reciting poetry will be given scores on their performances by random judges with the winner getting a prize.

Yabangee will be hosting their monthly trivia night on March 19 at Champs Sports Pub in Beşiktaş. There are six players to a team and if you come alone, you can get paired up. Questions are asked in Turkish and English and the winning team gets a prize. You must be over the age of 18 to play, doors open at 7 p.m. with the questions starting at 8 p.m. and the entrance fee is TL 20.

Every month Yabangee holds an Expat Spotlight event, which is a themed talk series where half a dozen expats share their experiences working in different sectors and areas. This month's event on Thursday, March 21 will be the 20th edition of this innovative event series, which gives expats the opportunity to share and here about others' personal experiences and to participate in a resourceful dialogue. Held at ATÖLYE, which is located in Bomontiada, this event is free to attend for all. It takes place in English and begins at 7:30 p.m., with doors opening at 7 p.m.

The Thailand and Asian Market

On Sunday, March 24, Mövenpick Hotel in Levent will host a Thailand and Asian Market that will showcase the region's unique delicacies with stalls serving Asian dishes, as well as ingredients and gifts and traditional costumes and dance performances. Organized by the Thai Women of Turkey, this is the fourth market of this kind and is a wonderful opportunity to learn more about Thai and Asian culture and their expat community. Held from 10 a.m. to 6 p.m., the entrance fee is TL 5.