Have a unique St. Patrick’s Day experience in Istanbul 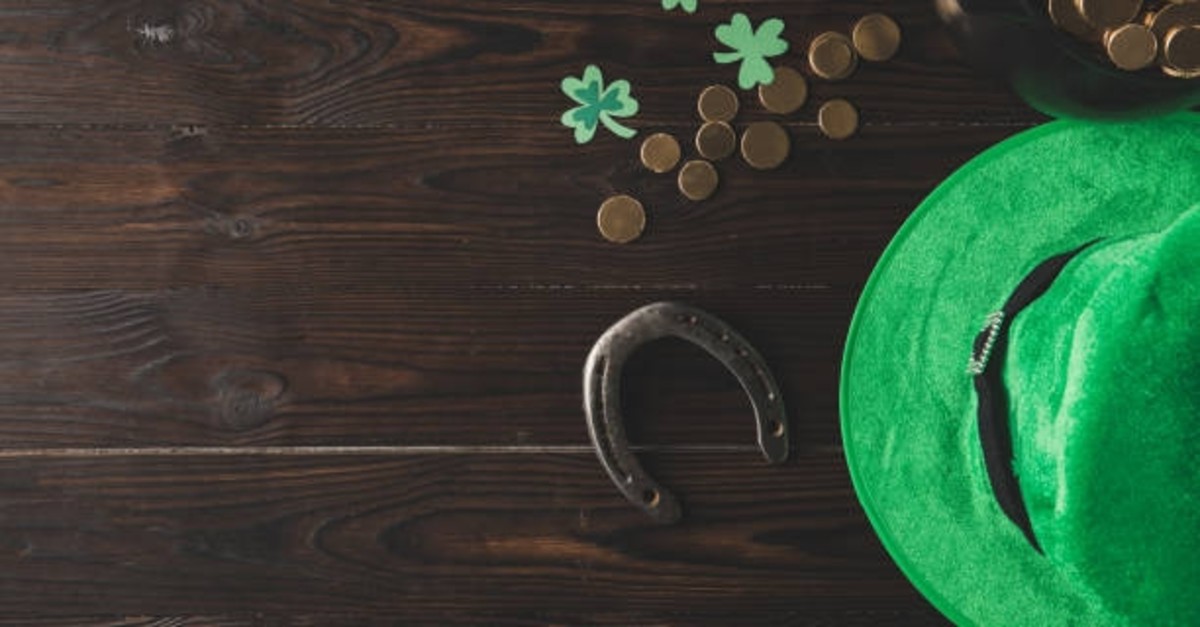 Famous Irish holiday St. Patrick's Day or St. Paddy's Day as the locals call it, will be celebrated by the Irish around the world and Istanbul will also bear the color green this weekend

This weekend the beloved Irish holiday of St. Patrick's Day will be celebrated all over the world and Turkey is certainly no exception. In fact, every year former Irish expats and musicians who once lived in Turkey, tend to return to take part in the annual celebrations held at the Irish pub, James Joyce in Istanbul. Added to the mix, this year, Yabangee has stepped up their St. Paddy's day festivities by organizing a party at Babylon. While St. Patrick's Day is officially celebrated on March 17, in Istanbul this will be a whirlwind weekend of honoring Irish culture, so don't forget to wear something green.

The James Joyce Irish Pub in Beyoğlu will be hosting six full days of music and dance to celebrate the Irish holiday of St. Patrick's Day. This Irish pub is one of the most popular venues for expat community celebrations, to listen to live music and to participate in their monthly quiz nights, plus they also have great international cuisine. Their multi-day celebration for St. Patrick's Day has now become a tradition, with musicians and former expats even flying out to Istanbul just to take part in the festivities.

This year's St. Patrick's Day Music Weekend will kick off on Thursday, Mar. 14 with a performance by Deep Note, who will play popular old tunes. On Friday, Mar. 15, there will be two different bands performing: Blues 4.0 and the rock dance pop band Hijack, starting at 10 p.m. and midnight respectively. On Saturday, the weekend kicks off with an Afternoon Irish Session in the Pub in which visiting musicians will have the opportunity to play Irish music with other local expat musicians. In the evening, musicians from SOAS, University of London folk group from London will be performing Irish music, singing and Ceili dancing from 8 p.m. to 10 p.m., with the bands Jameson performing from 11 p.m. to 1 p.m. and the Flat Band taking the stage from 1 a.m. onward.

On Sunday, Mar. 17 there will be a Brazilian Forre Dance Show and Workshop from 3 p.m. to 6 p.m. The visiting SOAS group from London performs at 7 p.m. followed by The Irish Group, consisting of musicians from Ireland and France, who will take the stage in the pub at 9:30 p.m. At the same time, Istanbul's resident expat Irish group, the Cupboard Creek Band, will be playing on the terrace.

On Monday, Mar. 18, there will be a "Monster Session" with musicians from all of the folk and traditional bands joining in the jam starting at 6 p.m., which is planned to run until very late. Then, on Tuesday Mar. 19, starting at 10 p.m., Rodrigues, described as the 'all famous Irish indie man from Havana," will be closing the near weeklong celebrations.

What to know: While the show admittedly goes on until the wee hours of the morning at the James Joyce Irish Pub, don't be intimidated as the music performed by the live groups that frequent this venue, tend to be heavy on the crowd favorites, with an emphasis on well-loved rock and pop songs. Istanbul just so happens to have its own Irish expat D.J. by the name of Ray Mac, who will be making a special appearance throughout the weekend. There will also be a Scottish piper doing the rounds, playing in the pub on the terrace and even occasionally joining the bands onstage.

This year, Yabangee will be teaming up with event organizers Zoom, to host a blow-out St. Patrick's Day Party on Saturday, March 16 at Babylon. The event will have a special Balfolk workshop of traditional European dance starting at 9:45 p.m. followed by DJ Berke Yavuz at 11 p.m. Tickets are TL 45 and TL 30 for students and are available on Mobilet. Located in Bomontiada, Babylon is one of the city's most popular live music venues and Yabangee is an international community and volunteer-driven website for foreigners in Istanbul. Yabangee organizes a number of event series, including their Expat Spotlight series, which showcases the contributions made by expats in Turkey in various spheres and is held monthly at ATÖLYE, which is also located in the Bomontiada entertainment complex. In addition to hosting event series such as trivia and karaoke nights, Yabangee will also be reviving their Get Together series in which attendants will get to meet and mingle with others through a variety of curated games with great music on the sidelines. The next edition will take place on Friday, Mar. 29 and will be held at Muaf Kadıköy.

On Saturday, March 16 the İzmir Arena will be hosting one of the coolest festivals coming up with great music and great food. Not only will Turkish psychedelic group Baba Zula and Monality, who are an acoustic and electronic duo consisting of Allen Hulsey, an Istanbul expat hailing from New York, but the headliners will be Santi & Tuğçe, whose remixes of Turkish traditional and pop songs are making waves all over the world. Not only will the music be top notch, but Izmir's favorite culinary specialties and venues will be coming out in food truck style, giving participants a sampling of what they have to offer. Starting at 2 p.m., there will also be workshops, dance shows and games played on the sidelines. Tickets are TL 65 and available on Biletix.