Windsurfer on tour around Europe to cross through Turkey 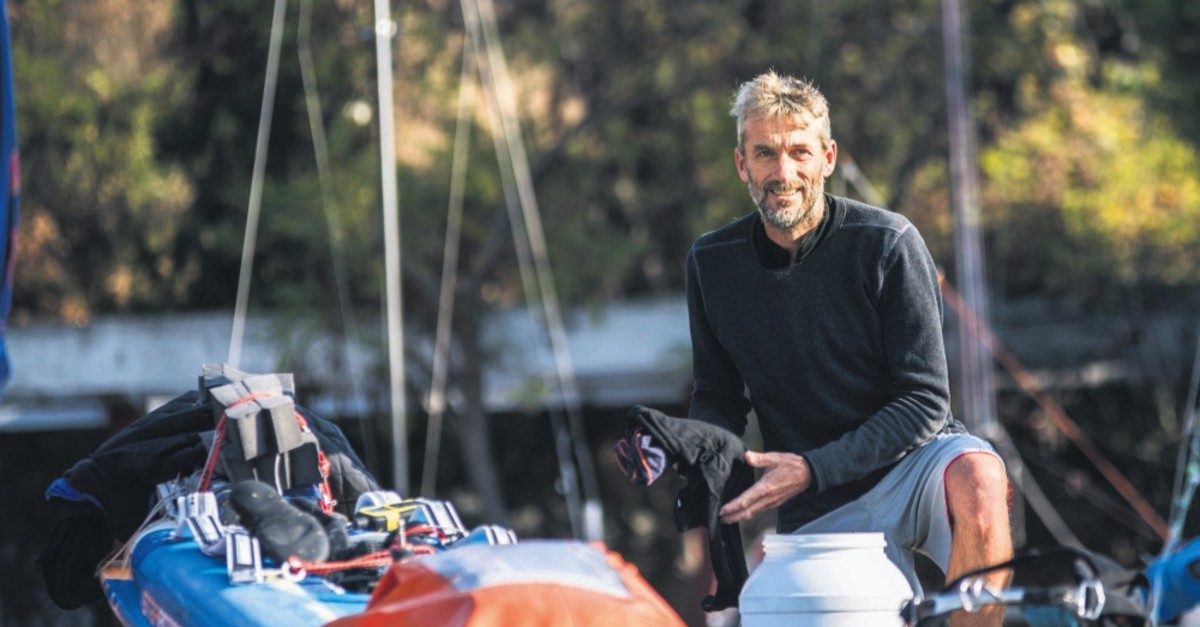 Windsurfer Jono Dunnett returns to Istanbul today to resume his windsurfing expedition passing through the Bosporus.
by Leyla Yvonne Ergil Mar 15, 2019 12:24 am

At the age of 43, native Englishman Jono Dunnett began his solo and unsupported expedition of windsurfing around Europe entitled "Russia to Russia" by setting sail from the coastal Norwegian border with Russia in May of 2017. Expected to take approximately two years to traverse the 15,000-kilometer trip, his start from 500 km deep into the Arctic Circle will end in Abkhazia, Russia over the next few months after which he plans to cycle back to his starting point. This "Windsurfing Round Europe" expedition is the second for Jono, who has also windsurfed around Britain. On the website windsurfroundeurope.eu, Jono shares details of his journey and has a tracker system, showing where he is in the world.

An extremely daunting logistical and physical feat, coupled with carrying just enough gear to fit on his board, Jono has been windsurfing by day and camping under his sail by night along the coasts of Russia, France, Italy, Spain and Greece to get to Turkey, which he did on New Year's Day, after windsurfing past Çanakkale and Gallipoli to eventual land in Büyükçekmece's Mimarsinan Windsurf Club. Deciding to take a winter hiatus, Jono returns to Istanbul on March 15 to resume his windsurfing expedition that will take him through the Bosporus and along the Black Sea Coast to Georgia and eventually back to Russia. 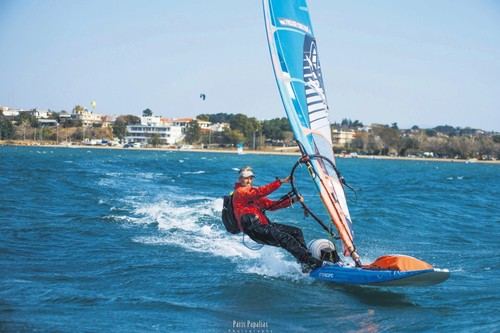 As is the nature of the sport of windsurfing Jono's journey is spontaneous and relies entirely on the wind. Jono will be in Istanbul this week as he waits for the next strong southerly winds to allow for him to windsurf across the Bosporus to continue his journey to the Black Sea. I had the opportunity to chat with Jono as he prepares to return to Turkey and resume his epic journey that will close his two-year loop around Europe. Not for the fainthearted, Jono has set out with a 9.2-meter sail aboard a production race board that has been modified to carry camping gear. The board is custom fitted with a barrel on the back end, which contains his food, water and limited amenities such as his stove. Attached to the front of the board is a paddle and a bag where he keeps his lighter camping gear such as a sleeping mat and bag and his crocs, he shares laughingly adding "you pretty much look like an alien when you turn up at places and people don't know what to make of it."

A typical day for Jono involves waking up on the beach and preparing a cup of coffee and porridge for himself using his stove. The rest of the day is spent windsurfing, hopefully in ideal conditions which would be around 15 to 20 knots, however, Jono has also had to contend with double that at times. "It's all very spontaneous," Jono shares, adding, "I tend to sail a distance the day naturally gives and then at the end of the day I look at my maps and decide where to stop. I leave it all to chance."

If there is wind, then Jono surfs between 15 to nautical miles a day. Should the wind die down, Jono also has a paddle aboard his board, which he uses when necessary to get him out of tight situations. The most difficult challenges are launching and landing and surfing with rough sea surface conditions, said Jono adding that "as the gear makes the board heavy, you are not as agile as a normal windsurfer." Sometimes he spends a "working day" of up to eight or nine hours on the board and without touching land, but when he does come onshore he prefers camping out on rural beaches using his sail as a tent.

I asked Jono, who has been windsurfing since the age of 10, if he had experienced any "close calls" or "brushes with death" as it were to which he said that in the Southern Spanish Mediterranean coast he was eight miles out to see when he got caught up in winds that turned into 40 knots. "The Atlantic coast was difficult and it was easier when I got to the Mediterranean," said Jono explaining that he wanted to sail Turkey and enjoy it and thus be in the Black Sea coast in the spring and early summer, which is why he took a break for the winter months.

Jono's plan now is to return to Istanbul today, where he will stay at the Tuzla Yacht Club, while he waits for the next strong southerly winds to take him through the Bosporus and on to the Black Sea. However, crossing through the Bosporus Strait by windsurf, which is known for its intense large-scale shipping traffic, is pretty much unheard of. Therefore, it was sheer luck on his part that expert sailor and owner of the Bozburun Yacht Club Edhem Dirvana, came across the story of his journey through social media and since then has been intent on aiding Jono on his journey however possible. As a result, Jono will be allowed passage when the appropriate wind conditions surface and will be joined on this historical crossing by the coast guard and Edhem by boat, as well as two leading Turkish windsurfers. As is the case with windsurfing, progress is entirely dependent on the spontaneous development of the right winds, but the plan is that Jono will be accompanied by well-known windsurfers Çağla Kubat and Sarp Levendoğlu on the day. So, when those strong southerly winds blow, keep your eyes peeled for an entourage of windsurfers and boats accompanying Jono through his crossing on the Bosporus Strait.

Meanwhile, Jono will also be giving a seminar of his tour on Friday, March 22 that will be held at the Istanbul Sailing Club in Fenerbahçe at 6 p.m., and he will be based at the Tuzla Yacht Club as he waits for the right winds. A wonderful haven of nature and nautical antiques in the city, the Tuzla Yacht Club also has an excellent cafe situated right on the shore.