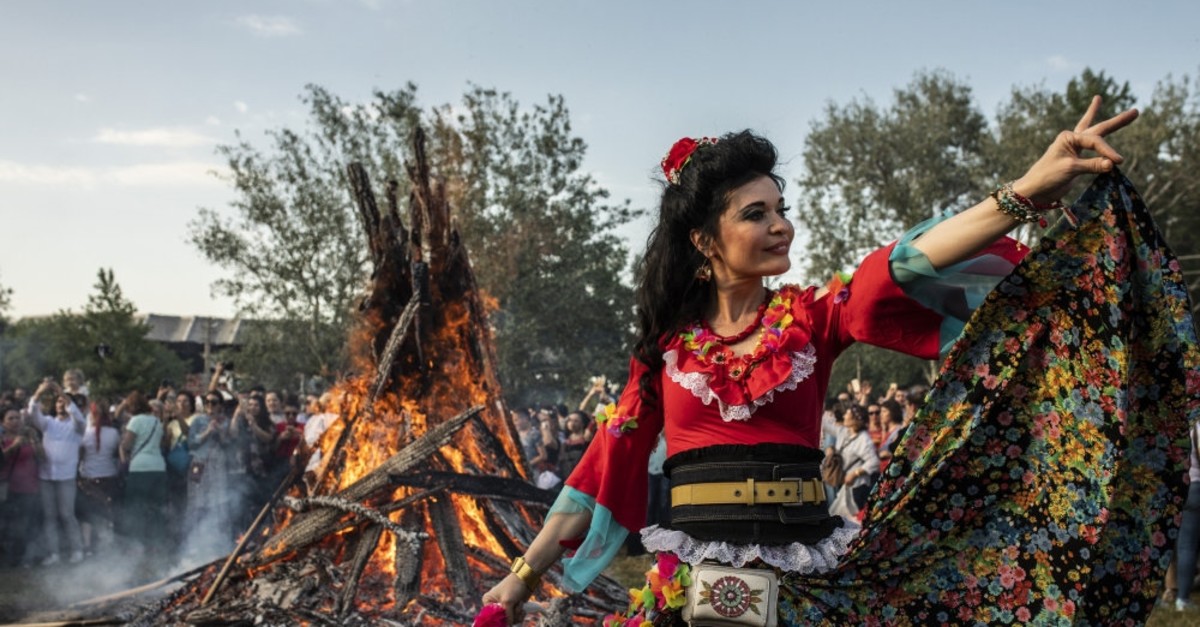 The ancient Kakava Festival brings thousands of people to Edirne to celebrate the coming of spring and gypsy culture.
by Leyla Yvonne Ergil Apr 23, 2019 12:05 am

Spring will come to life in Edirne over the next fortnight with culture festivals and traditional celebrations, making for the perfect opportunity to visit this historical Thracian town

Located in East Thrace in northwestern Turkey, near the country's borders with Greece and Bulgaria, Edirne has a history spanning 1,500 years. It once served as the Ottoman capital for nearly a century before Sultan Mehmed the Conqueror famously conquered Istanbul, making it the empire's new capital in 1453. With the spectacular 16th-century Selimiye Mosque built by the famous Ottoman architect Mimar Sinan to attest to its rich history, Edirne also boasts Sarayiçi, an Ottoman stadium which once served as the private hunting grounds for Ottoman sultans. It is in this "Inner Palace" in Kırkpınar, as it is referred to in Turkish, that the country's unique sport of oil wrestling is showcased in a competition that has been held annually since 1924. The region is known for its multiculturalism and prevalent Romani culture, which is why many brass band musicians blossom in this region and also why Edirne hosts the biggest festivities in the country for Hıdırellez, the ancient festival celebrated throughout the Turkic world, the Balkans and in Turkey to usher in the arrival of spring. But in fact, there are three festivals coming up this fortnight celebrating spring and what Edirne is famed for, making for the perfect opportunity to discover this lively, historical and picturesque Thracian town.

Starting this Friday and held over the weekend of April 26-28, this historical Thracian town will be hosting the 9th International Edirne Band and Liver Festival (in Turkish the 9. Uluslararası Bando ve Ciğer Festivali). Yes, you read that correctly. This will be a three-day festival celebrating brass band music and the thinly sliced fried liver dish the region is famous for. In fact, for many, trying the area's beloved liver specialty ranks up just as high in importance as visiting the region's historical sites. During this festival, which takes place on Saraçlar Street, in addition to showcasing Edirne's homegrown musicians and brass bands that will be playing throughout the weekend, there will also be visiting marching bands from different countries. Meanwhile, the region's restaurants will be preparing their fried liver specialty that will be available from stands. Last year, there was even a 2-ton pan of liver prepared in the center of town to break a Guinness world record. Additionally, according to the municipality, approximately 1 ton of liver will be distributed to participants during the event. 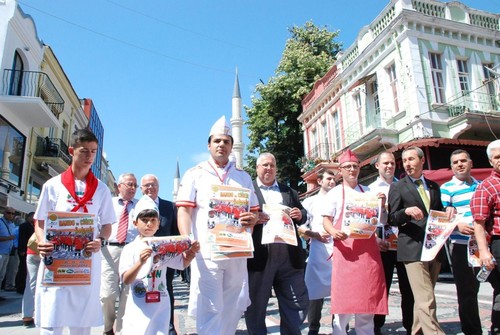 Less than 10 days later, an even more colorful festival will be held in a town by the name of Kakava, which is what the region refers to as their Hıdırellez celebrations. This ancient festival takes place every year on May 5 and represents the ushering in of spring and is celebrated in an atmosphere of joy with live music, dancing and special customs such as bonfire jumping. Tens of thousands of people come to this town to celebrate, and the festivities take place at the historical Kırkpınar Oil Wrestling Stadium, otherwise known as the Ottoman Inner Palace Sarayiçi.

This year, the event will take place over two days, Sunday, May 5 and Monday, May 6 and in addition to the historical stadium, festivities will also be held in town on Saraçlar Street, where there will be live music and dance performances. Celebrating the gypsy culture, there will be throngs of people dressed in bright vibrant colors, pretty much just enjoying live music and dancing throughout the event.

On May 2 to 4, there will also be the Edirne Spring Festival, which will be three days of performances by some of Turkey's leading musical outfits such as Yıldız Tilbe, Hayko Cepkin and Moğollar, to name just a few. The event will be held at Global Garden Davet Bahçesi and tickets are available on Biletix.

What Edirne is most famous for is its iconic oil wrestling competition, which takes place every summer at Kirkpinar's Sarayiçi stadium.

Considered to be one of the oldest sports competitions in the world, this annual contest has taken place for over 650 years. Referred to as an "ancestral sport" in Turkey, the event, which will be held this year from Monday, July 1 to Sunday, July 7, is steeped in traditions such as live musical performances by 40 "davul" drum and "zurna" pipe bands on its opening day. Every year, the Pehlivans, as the wrestlers are referred to, battle it out to win titles in this very special contest, which has even been included in UNESCO's Intangible Cultural Heritage List.

The city of Edirne is located less than 259 kilometers from Istanbul, making it an easily accessible weekend getaway from the major metropolis. There are a number of bus services available and the ride from Istanbul takes approximately three hours depending on where you board from. There is also the option of taking a train to Edirne, which takes off from Istanbul's Halkalı railway station and takes around four hours.

The best way to attend the Kakava festivities is with a tour group, however, as a catered, guided tour can help you navigate through the crowds and take part in the special traditions such as bonfire jumping, picnicking and making wishes in the Tunca River.