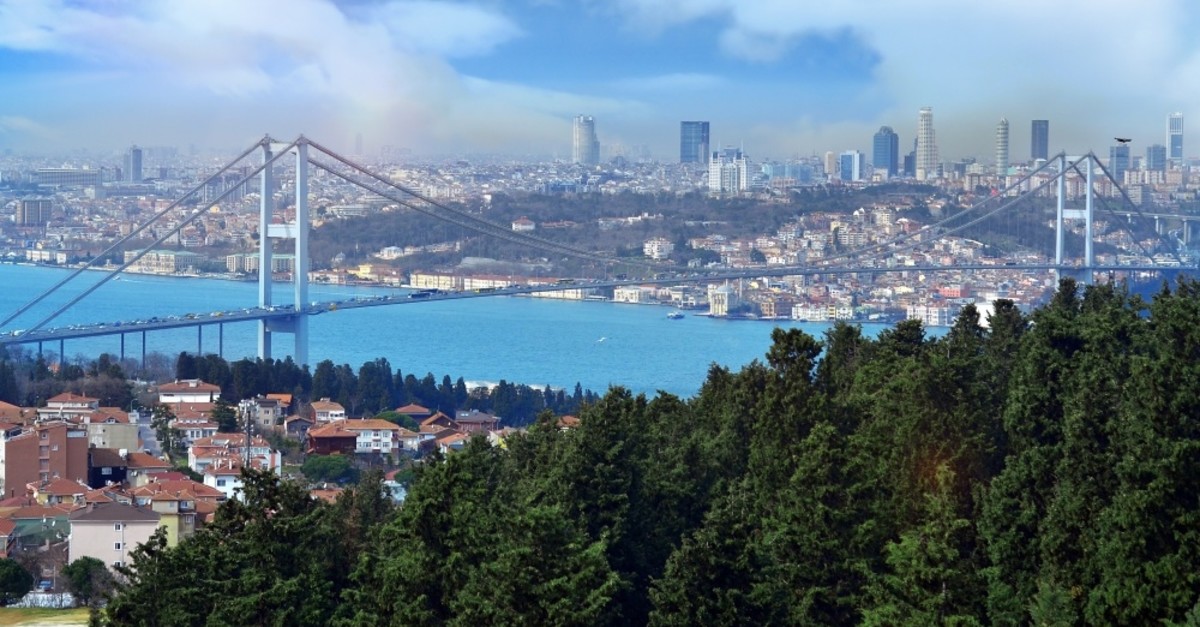 The Bosphorus Review of Books, Turkey's first English-language online literary periodical has released their first anthology in print, a compilation of their most influential pieces presented in English and in Turkish, available for purchase online and at bookstores

The periodical contains short fiction stories, creative nonfiction, poetry, interviews and reviews of authors and books which have a focus on Istanbul. The authors are expats, foreigners and Turks alike, who share the same compelling characteristic of being connected somehow to this majestic city.

Long in the making was the idea of collecting some of the most popular and effective pieces and presenting them in their original form in English accompanied by Turkish translations, which is exactly what this anthology is. Edited by Istanbul-based expats Luke Frostick, Erica Eller and Thomas Parker, the Bosphorus Review of Books will be holding a book launch this Saturday in conjunction with Spoken Word Istanbul, the popular English-language open mic series that brought many of the contributors together. It will take place at Muaf Beyoğlu from 8:30 p.m. to 11:30 p.m. This will be a relaxed opportunity to join the editors and writers, which are predominantly expats and Turkish authors, to discuss books and rejoice in the release of their publication after years of effort.

The Bosphorus Review of Books, which is now going into its third year, was the brainchild of expats Luke Frostick and Thomas Parker who met one another through Istanbul's popular spoken word community. Hailing from the U.K., Luke was a student of Ottoman and Byzantine history and lived in Japan, before moving to Istanbul, he serves as the fiction and nonfiction editor. Meanwhile Parker, a Muslim-American poet and writer from the U.S., had studied Arabic and Middle Eastern studies as well as lived in Egypt before deciding to continue his graduate education at Boğazici University. He oversees the poetry entries for the periodical.

I had the opportunity to catch up with Editor-in-Chief Luke Frostick to discuss their new release, which he explained has been in the making since 2017. "We had a lot of material that my co-editors and I thought was good enough to put into a collection, so that is what we did. The other major thing we wanted to do was to have the material in both English and Turkish in the same volume to reflect our aim of bringing together Turkish and world literature," Luke said.

"The book has poetry, some fantastic short stories, pieces of creative nonfiction and articles," Luke said, explaining that many of the articles are actually reviews of time tested books they love. "While, the Bosphorus Review has a very diverse range of writers and topics, for the anthology we tried to select works from our archive that was either about Turkey or by Turkish writers," Luke said.

The anthology has 20 contributors who are a mix of expats and Turks and the literary work is predominantly written in English but some are also translations into English. "The book was put together by Thomas Parker, who was responsible for the poetry, Erica Eller, who was in charge of the nonfiction and me, who was responsible for the fiction and the creative nonfiction", said Luke.

The translations were a joint effort by many, with the lion's share being done by Merve Pehlivan, Luke said adding that they also had support from "the fine people at Matbuat publishing house."

"Two Currents: Bir Bosphorus Review of Books Antolojisi" is available in bookstores like Pandora and D&R as well as for purchase online. It costs around TL 20-25.