Expat-run retreats and guesthouses in Turkey 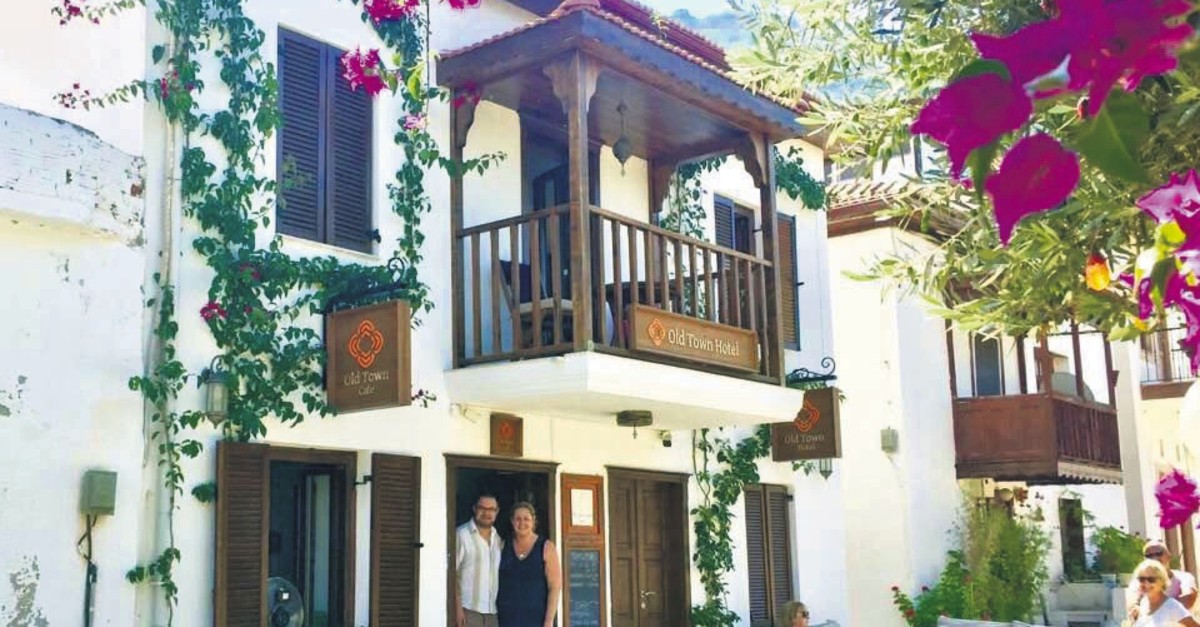 Turkey is a traveler's dream. In every corner of the country, it is possible to find someplace to spend the night for every budget and if you are interested in the stories of those who came to run their hotels, you can always find a warm welcome in expat-run guest houses

Bask in the joy of fellow expats fulfilling their dreams of living in nature, with history, spectacular vistas and great weather, by visiting these great guesthouses and retreats in Turkey that are owned by expats. 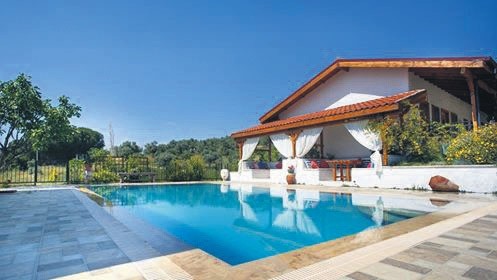 The vision of British expat Jason and his wife Sirem, Ionia Guest House is a rural bed-and-breakfast located in the village of Hıdırbeyli in Aydın's Germencik, a predominantly agricultural region that once housed the ancient civilization of Ionia, it is also just a 30-minute drive from the Ephesus ruins. This spacious three-bedroom guest house was painstakingly built from scratch using eco-friendly methods, which Jason entertainingly explains in blog posts on their website. Their story of building and opening the hotel in 2017 was also filmed over the course of six months for an episode of the television program "Our Dream Hotel," which ran on the U.K.'s Channel Five. Each of their comfortable rooms have en suite bathrooms and private verandas and there is also a pool, lots of chill out spots and a cafe serving fresh local food.

The Hideaway Hotel is located in Kaş, a beloved holiday town situated on the Mediterranean between Fethiye and Antalya and is run by Belgian expat Marie and her Turkish husband Ahmet. Marie met her husband, a Kaş native, while visiting a dozen years ago and made the decision to join him in his hotel venture, the Hideaway Hotel.

Located right next to the Kaş amphitheater in a stately building with five different rooms, some with balconies and sea views, the hotel also has a rooftop terrace with views of the Kaş harbor and neighboring Greek Island of Meis. Open year-round, they also have a freshwater pool and offer hatha yoga sessions in the morning, the swimming platforms of neighboring Laymona Beach are just three minutes away.

Owned by British expat Charlotte and her Turkish husband Omer, Şirince Terrace Houses consists of three beautifully renovated 19th century Şirince homes, two suites and the Terrace Cafe, all of which overlook the picturesque village of Şirince, which is located in Selçuk. Offering an authentic yet comfortable village experience, each of the painstakingly renovated and decorated cottages are self-contained and have fireplaces, common spaces and areas to relax. A breakfast of local products such as olives, cheeses and sourdough bread are served on the terrace, where Charlotte and Omer assist in planning any activities or sightseeing for the day. Popular in its own right, the village of Şirince serves as the perfect accommodation spot to visit the magnificent ancient ruins of Ephesus and the House of the Virgin Mary and to enjoy the nearby beach of Pamucak.

Located in Kalkan, once a sleepy fishing village that has transformed into a boutique summer holiday town that is also a regular stop for day cruises and Blue Cruise tours. Kalkan is also located in close proximity to Turkey's most beautiful beaches, including Kaputaş and Patara. The Old Town Hotel & Cafe is a six-room boutique hotel situated in the heart of Kalkan and owned by Paul and Helen, an English couple who fell in love with Kalkan in 2011. After renovating and transforming a traditional village home into a modern and comfortable boutique hotel, they opened in 2016, they also operate a cafe that serves gourmet coffee and homemade treats, catering to those missing a taste of home, such as their recent "donut day."

Avalon Bungalows is a spectacular retreat to enjoy the beautiful vistas of the Lycian Way, Located just 2 kilometers from Kabak and situated on a hillside overlooking the Mediterranean Sea, Avalon Bungalows was opened by British couple Frank and Valerie in 2011 and has 11 luxurious wooden detached bungalows that each have private balconies and stunning sea views. There is also an infinity pool onsite as well as a rustic restaurant. However, keep in mind, this tranquil retreat spot is for adults only.

Located in the foothills of the mountains between Kalkan and Fethiye, the relaxed Natural Springs Retreat is in a league of its own. Started in 2004 by British expat Corrine, Natural Springs Retreat includes a log cabin, a tree house with three bedrooms and two yurts and lots of space to chill out and do yoga. What is unique about this relaxed retreat space is that it also serves as the showroom for Corinne's The Turkish Yurt Company, in which the traditional nomadic semi-permanent timber yurts are available for purchase. Natural Springs Retreat is self-catering accommodation, with a variety of comfort options and is located just a 10-minute drive from the ancient site of Tlos and is just 20 minutes from the Saklıkent Gorge.