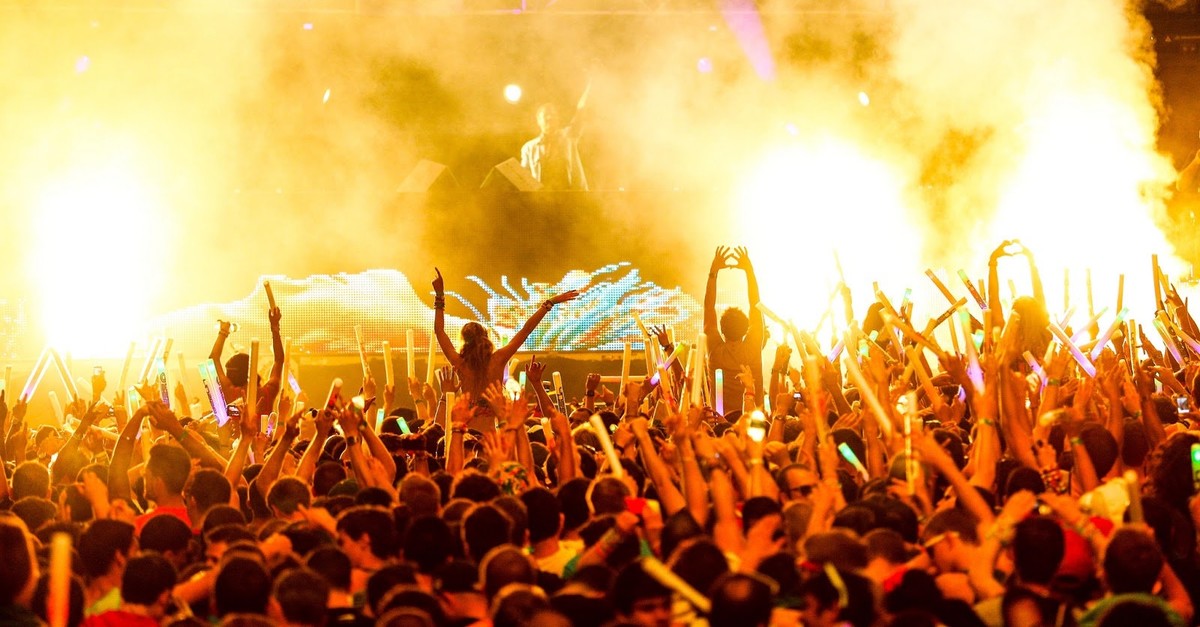 Whether you want to camp out and listen to rock music, go glamping and dance to electronica or experience a classical music concert in an ancient amphitheater, Turkey has it all with wonderful music festivals held throughout the summer

With the summer season nearly in full swing, it is high time to plan your holiday season and why not do so around some of the great music festivals that are held in a variety of holiday destinations. There are music festivals held to suit every age and style from rock to pop and jazz to classical, with the guarantee they will be held under the stars.

The following is a guide to the best music festivals this summer:For lounge and electronic music

The Chill Out Festival series is one of the most popular summer events to take place in Istanbul and in Bodrum. Bringing to life the atmosphere of the music of Lounge FM, this lifestyle festival series is famed for its yoga sessions and creative workshops that take place along the sidelines as dozens of DJs perform throughout the day.

The festival arrives to Istanbul first over the weekend of June 15 to 16 and will take place at Garden Fiesta in Zekeriyaköy. The following month it heads to the summer holiday destination of Bodrum, where it will be held at Yalıkavak's Xuma Village from July 19 to 20. Xuma Village is Bodrum's most hip and happening beach club with a relaxed vibe, but keep that in mind as tickets for this annual event tend to sell out early. Big Burn, which is Istanbul's best electronic music festival, will be taking place from July 26 to 28 at Suma Beach. Combining the beach party atmosphere, with DJs and producers performing from all over the world, the Big Burn Festival is another high in demand three-day event coming up this summer.

The Istanbul Electronica Festival will also take place in both Istanbul and the popular summer holiday town of Çeşme. The festival will be held in Istanbul at Life Park in Sarıyer on July 13-14 after which it will head to Çeşme's Fun Beach from Aug. 12-13.

Rock music festivals on the beach

The Zeytinli Rock Festival offers the quintessential rock music festival experience in Turkey; camping out on the beach and listen to live musical performances from morning to night. Taking place on Zeytinli beach in Balıkesir's Akçay, a lesser known holiday town on the Aegean, over the course of four days, everyone who is anyone in the world of rock music performs among dozens of headliners as thousands cheer them on in the crowd.

Newer to the roster is the Istanbul Milyon Fest, which will take place over the weekend of July 18-21 at Milyon Beach in Kilyos. Bringing the Zeytinli Rock experience to Istanbul, with more familiar and comfortable accommodation and transportation options, the Istanbul Milyon Fest will have two stages set up for ten bands combining rock stars such as Duman, Teoman and Şebnem Ferah with Anatolian rock legends such as Selda Bağcan, M.F.Ö. and Moğollar.

For classical music in spectacular venues

The 47th Istanbul Musıc Festival begins June 11 and will run until June 30, and will consist of 22 classical music concerts that will take place in spectacular venues ranging from the Hagia Irene Museum, the Süreyya, the Rahmi M. Koç Museum and even the Grand Bazaar.

The Gümüşlük Classic Music Festival is in a league of its own. Taking place in Bodrum's beloved town of Gümüşlük and going into its 14th year, throughout the month of mid-July to mid-August, the Gümüşlük Classic Music Festival will offer masterclasses in cello, piano, violin and double bass as well as will host classical, jazz and world music musicians from all over the world. The concerts are held in three different spectacular venues, including on the beach, in a church as well as in an ancient amphitheater.

The Ayvalık International Music Academy also hosts masterclasses such as piano, led by Turkey's famous pianist İdil Biret as well as guitar, flute, violin and cello master classes throughout mid-July and August and organizes classical music concerts in a variety of venues.

When it comes to watching performances in ancient amphitheaters however, the Aspendos International Opera and Ballet Festival, which is planned for September is truly a magnificent opportunity to experience the arts in Turkey's best preserved amphitheater, dating back to the 2nd century A.D., which is located in Antalya.

The 26th Istanbul Jazz Festival will commence this June 29 and will run until July 18, with performances in a wide variety of venues throughout Istanbul. Including a jazz ferry boat on the Bosphorus and jazz musical performances in parks throughout the city, concerts will also be held in historical Ottoman mansions such as Feriye Palace and the Esma Sultan mansion.

The Bozcaada Jazz Festival from July 19 to July 21 offers a wonderful opportunity to discover this quaint Aegean island in Çanakkale. Performances by leading Turkish jazz musicians are held in the Ayazma Monastery as are yoga sessions held in the surrounding park and the picturesque boutique town comes to life.