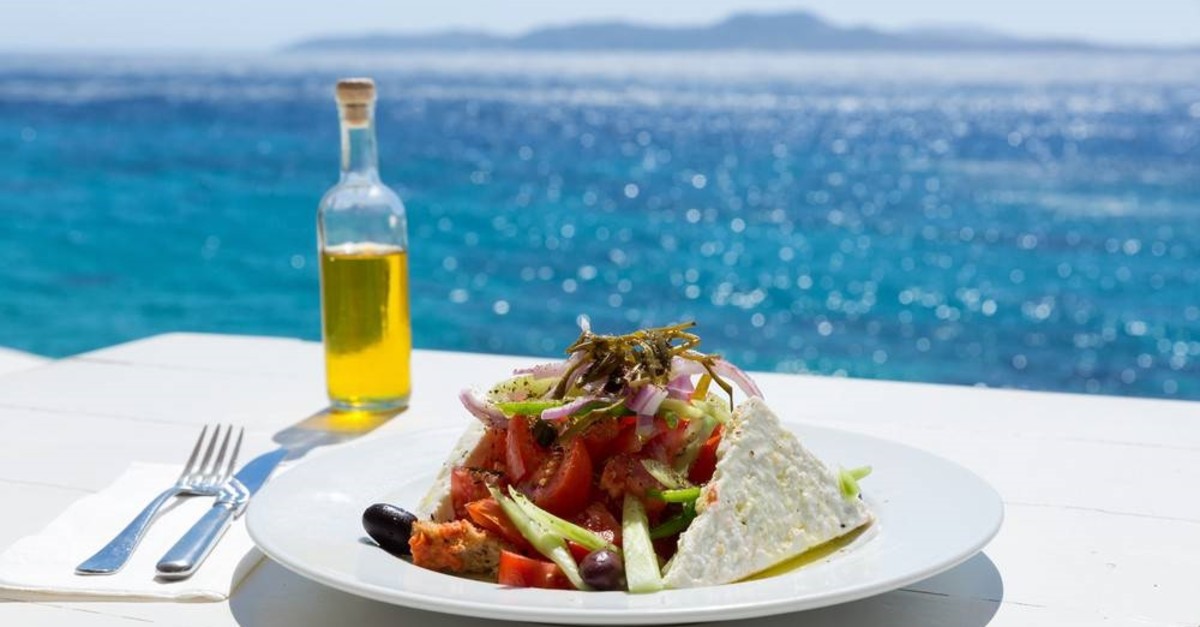 You can taste the best examples of Aegean cuisine at Lesvos Food Festival.
by Leyla Yvonne Ergil Jun 28, 2019 12:06 am

One of the most beautiful and certainly the largest of the neighboring North Aegean Greek islands, Mytilini, aka Lesvos, is getting ready to host the Lesvos Food Fest, a six-day celebration of the culinary and cultural traditions of the island

Situated across from Turkey's Gulf of Edremit, where the province's Balıkesir and Çanakkale meet, the island of Lesvos is unique for the beauty, history and nature it houses as Greek's third-largest island. One of the most luscious, authentic and diverse of Greek islands to visit, luckily, Lesvos is just a short ferry ride from the summer holiday towns of Ayvalık and Küçükküyü in Turkey.

The Lesvos Food Fest, which takes place over the span of six days, starting on Tuesday, July 2 and running through Sunday, July 7, is a festival that celebrates the culinary traditions of Lesvos Island and intends to promote local products and producers and to allow for networking among professionals in the field of food. For visitors, it is a unique opportunity to become familiar with the cuisine of the island, while discovering the wonders of Lesvos as each day of the festival is held under a different theme and in a different area on the island.

The festival begins on July 2 in the village of Papados Geras and will be celebrating the most distinctive symbols of the island's gastronomy, namely olives, anise and fish. Starting at 11 a.m. and running into the evening, there will be a local farmer's market as well as a symposium on olive oil and ouzo production. In the evening, there will be live cooking demonstrations and musical performances as well as book readings and workshops for kids.

On Wednesday, July 3, the festival moves to the Skala Polichnitos Harbor, where starting at 7:30 p.m., there will be demonstrations of how to prepare traditional Greek appetizers. The evening's festivities will continue with tastings, live music and local dances, beginning at 9 p.m.

The various cheeses prepared on the island will be the focus of the third day of the festival, which is Thursday, July 4. Taking place in the town of Mantamados, the day will begin with a field trip at 10:30 a.m. that will take participants through the town to discover how and where the local cheeses are made. For the kids, in the morning there will be a workshop teaching children how to make their own cheeses. Then in the evening, starting at 7:30 p.m., there will be cheese tastings and demonstrations of cheese making, followed by a celebration in the town square of Mantamados with traditional music and mezes. 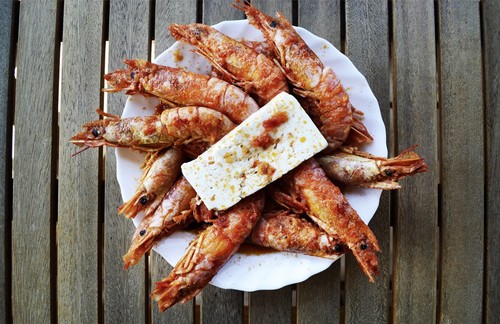 Sea food is an indispensable part of Aegean cuisine.

The focus of Friday, July 5, when the festival moves to Petra, is all about sweets and desserts. There will be a morning cooking workshop held for children to learn how to prepare a number of sweet specialties. In the evening, festivities will begin at 7:30 p.m. and will be held in Heroes Square in Petra and will include a workshop by local housewives on how to prepare desserts utilizing seasonal fruit, a lesson on their traditional tea ritual and a live cooking show as well as an art exhibition.

The street food in Molyvos is the focus on Saturday, July 6, in which the festival moves to the islands most popular and picturesque town of Molyvos. Commencing at 7:30 p.m., the streets will be lined with local street food specialties to try and products to buy, and there will be workshops displaying modern trends on street food classics as well as housewives demonstrating the preparation of classic local sweet and savory dishes - all of course accompanied by live music and dancing. At 9:30 p.m., the band Aegean Colors will transform the event into a street dance party.

The festival closes on Sunday, July 7 with a sweet note, by honing in on the traditional preparation of caramel in Eressos, another regularly frequented town by visitors. Taking place during the day will be a workshop held on modern takes of incorporating caramel, which will be held in Papanikoli Square followed by a housewife's demonstration of traditional candy preparation methods that will take place in the Fani Courtyard. In the evening, the festival will close with dance lessons and a party on Skala Eressos beach with live music, dancing and meze.

The Lesvos Food Fest presents a wonderful opportunity to discover the beautiful and beloved towns of this neighboring Greek island. The third-largest island in Greece, Lesvos is revered for its olive production and is said to host nearly 11 million trees. It boasts the world's second-largest petrified forest, has sandy beaches and is a haven for cyclists and bird watchers. Each town has its own distinctive qualities and are worth visiting, which is why this festival is so special as the events will bring each region that hosts it to life.

Getting to Lesvos from Turkey is easy as there are now two ferry service routes available as of this summer. The ferry from Ayvalık in Balıkesir allows cars and docks in the town of Mytilini. However, this summer a new route was added to the roster, with passenger ferries taking off from Çanakkale's Küçükküyü and arriving in Petra.