Summertime fun in the city: Best activities for children in Istanbul 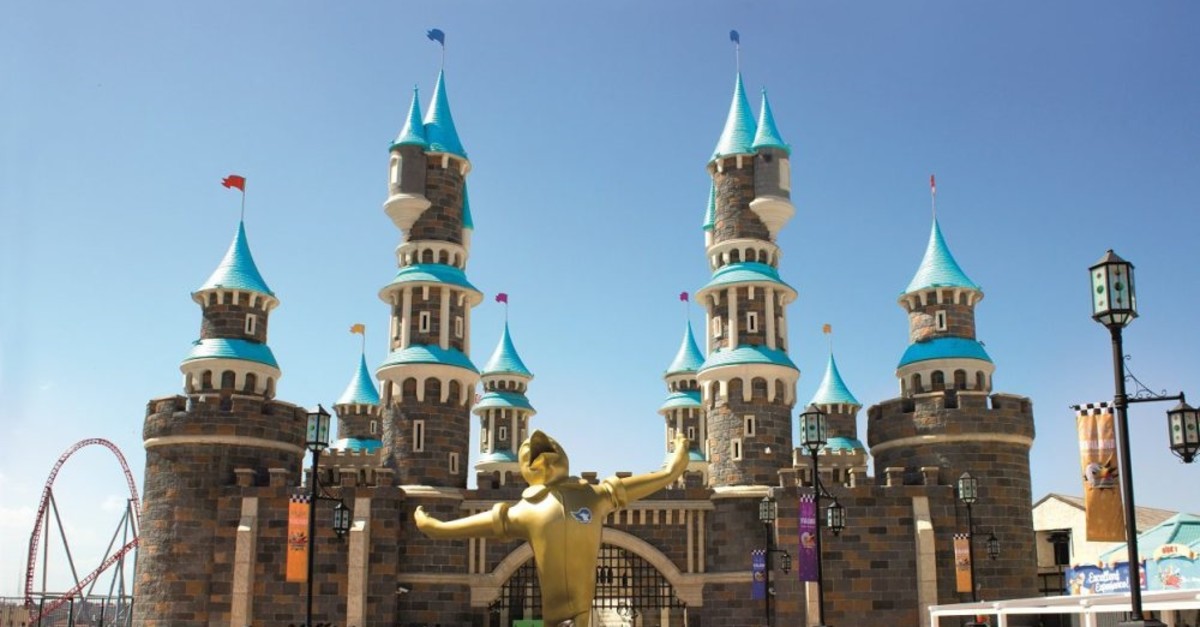 The new school year is still two months away; If you want to spend an entertaining day out with your children in the city, there are few places you should check out

If your children are seeking thrills and chills, literally, there are a number of wonderful amusement parks, water parks, climate-themed parks and educational centers to provide them with wonderful opportunities for socializing, learning and challenging experiences.

The following are eight great entertainment centers geared for children offering thrilling and exhilarating experiences this summer in Istanbul:

With dozens of thrilling rides on roller coasters and boats and thematic areas such as Jungle Istanbul, blending the concepts of safaris and haunted houses, the Isfanbul Theme Park is Turkey's equivalent of Disneyland. Formerly known as Vialand and conveniently located in Eyüp, Isfanbul has dozens of attractions and rides for guests of all ages. The Nefeskesen roller coaster reaches a speed of 110 kilometers, while the "Adalet Kulesi" takes participants up 50 meters and 360 turns them upside down. A favorite is the Viking, which is a popular water ride on a boat reminiscent of Disneyland's Pirates of the Caribbean ride. There is also a shopping and entertainment center with cinemas and bowling.

At 15,000 square meters, Marina Aquapark Waterland, which just opened this summer in Tuzla, is said to be the biggest water park in Turkey. With 12 "extreme" water slides and 17 in total, Marina Aquapark also hosts the biggest rocket slide in Europe. Conveniently located at the Tuzla Marina, there are also a wide variety of water sports available, such as jet skis, wake boards, fly boards and of course the ever-present floating banana ride.

Imagine how refreshing being immersed in snow in the middle of summer could be. Well, if you are seeking somewhere to chill out, literally, then Snowpark in the Torium mall is a dream come true. The first-ever indoor snow entertainment center, Snowpark is open year-round offering the opportunity to slide and frolic in the snow. They also offer skiing and snowboarding courses and all the gear, as well as protective clothing; all of which are supplied on-site. Located slightly on the outskirts of the metropolis in Esenyurt, Snowpark is easily accessible by Metrobüs, just get off at the Haramidere stop.

Referred to as an "amusement colony," Moipark is Turkey's first and Europe's largest indoor theme park. Located in the Mall of Istanbul in Başakşehir, Moipark has dozens of rides for kids and adults, including a number of thrilling roller coasters such as "Pir Döndü," which takes you spinning on a rail that travels over the entire amusement park. There is also the Haunted Hotel, which is a giant haunted house for kids age 12 and up. Moipark is part of the Mall of Istanbul, which has over 300 shops and restaurants, making for the perfect full-day excursion and is easily accessible by bus services and metro.

Located in the Cevahir Shopping Center, which is the largest shopping mall in Europe and the second biggest in the world and conveniently located in Şisli, Funlab is one of the most convenient and fun venues to entertain the young ones. Konwn as Europe's biggest in-mall entertainment center at 16,000 square meters, Funlab has a wide variety of rides and games and soft play areas for kids of all ages. There is even a roller coaster that soars through the mall itself, offering a unique and exciting ride.

Located in Tuzla's Viaport, Viasea Aquarium is both an aquarium and an amusement park so you can have a variety of thrilling fun for a day. The world's first climate-themed aquarium, Viasea has 12,000 different sea creatures on display as well as a long underwater tunnel. The theme park has 28 different rides, including Red Fire, boasted as the fifth-biggest roller coaster in Europe.

Geared toward children aged four to 14, KidZania is the Istanbul branch of a unique international concept, which consists of an indoor city run by kids. With 65 different interactive activities, children get the opportunity to try their hand at different vocations, such as being a fireman, a chef, an astronaut or archaeologist, to name just a few. Located in the Akasya Shopping Center in Acibadem, KidZania is easily accessible and a great way to for your child to have an educational and exciting day.

Opened late last year, the Üsküdar Science Center in Turkish Bilim Üsküdar is an educational center for school aged children that holds a variety of hands on workshops throughout the day and also has a planetarium. Throughout the year, there are exhibitions on topics such as robotics, aviation, electricity, telecommunications and medicine. In addition to touring the exhibitions, many of which are interactive, children can also take part in a variety of workshops on themes such as astronomy, technology, math and design. The workshops and activities are divided into age groups between the ages of six and 14. There is also a planetarium boasting the best resolution in the country.