On the road: Camping, festivals and fun for all 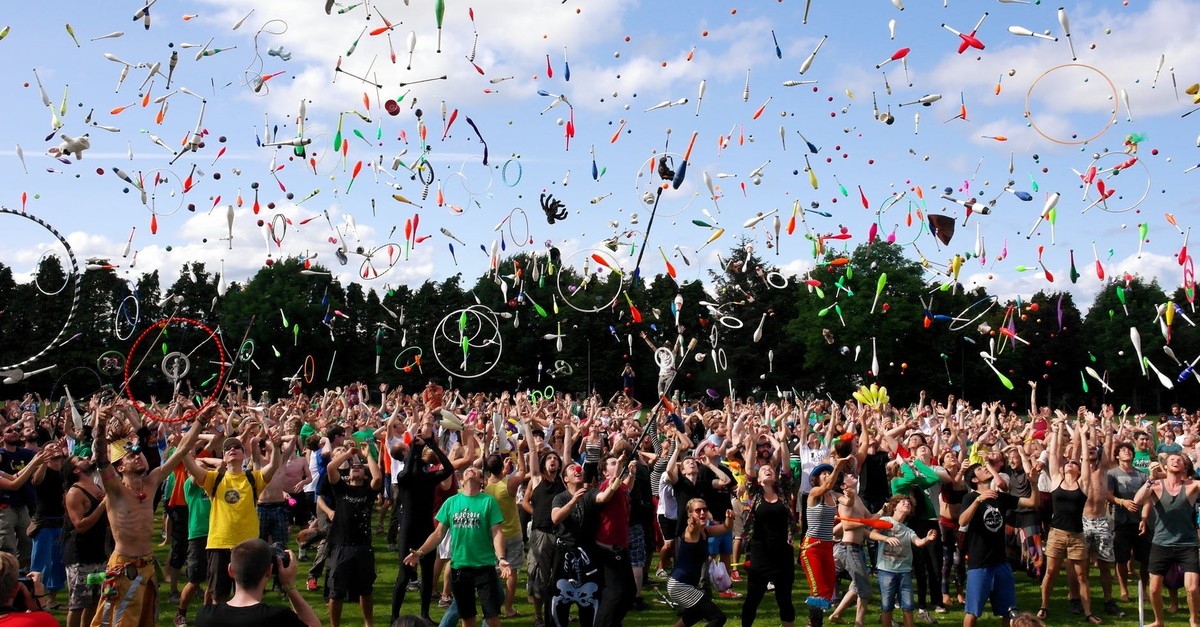 In Gezgin Fest, there will be many activities such as dancing and juggling.
by Leyla Yvonne Ergil Aug 02, 2019 12:30 am

With the opportunity to take a holiday during Qurban Bayram (Eid al-Adha), one of the most important festivals in Turkey, people will swarm favorite holiday destinations across the country. Meanwhile, many festivals on the beaches or islands will be great alternatives

With the upcoming Qurban Bayram, also known as Eid al-Adha, meaning the Festival of Sacrifice in English or as "Kurban Bayramı" in Turkish, which just happens to be one of the longest and most significant holidays in Turkey, many will be hitting the road heading south and using this opportunity to take an extended summer holiday. Thus, bear in mind that most of the top vacation destinations and their hotels will be packed this month. However, if you want to camp out on the beach and celebrate the summer with a fun and dynamic crowd, there are a number of entertaining lifestyle, cultural and music festivals that will be taking place on some of Turkey's best beaches and in other great locations this month.

One of the most unique festivals in Turkey and certainly the most relaxing, the Hamak Festivali, yes, you guessed it, a festival devoted to hammocks, will be taking place this weekend from Aug. 3-4 at Bursa's Atatürk Balat Ormanı. This will be the third edition of this annual festival that is fast growing in popularity and participants are encouraged to bring their own hammocks and tents and camp out as they choose. Meanwhile, there will also be workshops, games, seminars, stands and musical performances throughout the day all highlighting the hammock culture. While children are welcome and entrance is free for kids up to age 13, there will also be an 18+ lounge area set up. On Saturday evening, the beloved Turkish songwriter and guitarist Bülent Ortaçgil will be taking the stage and on Sunday Can Gox, aka the Turkish Tom Waits, will be performing with both holding acoustic shows.

From Aug. 10-16, there will be a Vegan Summer Camp held in the seaside town of Çökertme in Milas. This is the second time this holiday camp will take place and is an opportunity for fellow vegans and enthusiasts to come together and learn more about the lifestyle. The 2nd Vegan Summer Camp will be held at Mavi Kamp, which is a relaxed rural campground sprawled out along an untouched sea. Visitors can also rent one of the tents onsite if they choose to not bring their own.

Regularly referred to as İzmir's largest festival, Gezgin Fest, which is a festival devoted to travelers, or as the slogan goes "citizens of the world," has it all music, sand and the sea. Taking place on Pamucak Beach, which is close to Kuşadası and İzmir's historical region of Selçuk and Ephesus, Gezgin Fest is an award-winning festival organized by Interrail Turkey. This festival will have over 20 performers and dozens of workshops and participants can camp out on the beach. The line up over the course of three days is impressive with acts such as Hayko Çepkin, Selda Bağcan, Teoman and Duman headlining and dozens of other popular Turkish and international artists performing throughout the day. Another great feature of this festival is that there are number of workshops that are held on the sidelines such as dance, yoga, juggling, diving and open mic performances.

The Wlive Sports & Music Festival will be taking place from Aug. 15-18 at Ekdağ Lara Beach in Antalya and will be a three-day festival combining music, beach sports and camping out on the beach. During the days there will be street ball and beach volleyball competitions, with the victors winning prizes totaling TL 80,000. There will also be foam parties leading into the evening and after 8 p.m., popular musical performers such as Derya Uluğ, Anil Piyancı,Fatma Turgut and the group Manga will be taking the stage to perform.

Turkey first hip-hop music festival that will also have camping on site will be taking place on Ayvalık's Cunda Island over the weekend of Aug. 16-18. This is the first hip-hop festival in Turkey to include the option to camp out in an effort to create an environment embracing the hip hop culture over the course of three days and will include rap and dj music, breakdancing, skateboarding and graffiti shows. The lineup of performers includes popular Turkish hip-hop figures such as Ayben and Istanbul Trip, Da Poet and many others. There will also be a B-boy show in which breakdancers will be battling it out with the winner receiving a four-digit prize. While day entries are certainly available, what makes this festival stand out is the option to camp out for three days on the festival grounds, which will be set up on the beach on Cunda Island.

Every year, on Aug. 15, the locals and natives of the Aegean island of Gökçeada celebrate the Assumption of the Virgin Mary. Referred to in Turkish as the "Meryem Ana Panayırı," this is a time when the island's former residents return and visitors choose to flock to the island to celebrate their most traditional and historical of festivities. The celebrations begin on Aug. 14 annually with preparations for a feast that will be held on Aug. 15, the presumed date of the Virgin Mary's death. The meal, which is served on tables set up in the village, traditionally consists of stewed meat, while folk dances and music such as Sirtaki are performed late into the night. Albeit not a camp out type affair, Gökçeada does actually have campsites where visitors could make their base; however, its worth nothing they are located in Eşelek Village.