Food, dancing, football and fun for expats in Istanbul 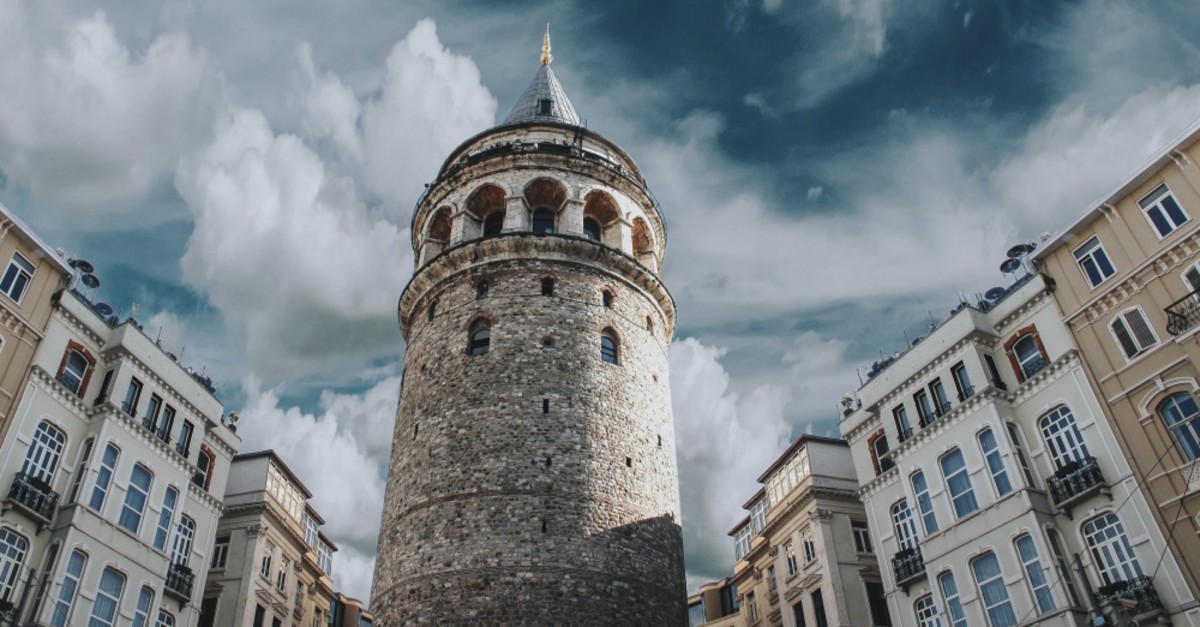 The historic Galata Tower will be the scene of Balfolk dances which refers to the traditional dances of several European countries today.
by Leyla Yvonne Ergil Aug 15, 2019 12:25 am

Istanbul-based expats do not pause during the summertime. Before August ends, there are a number of expat events focusing on variety of areas in town

The expat and foreign community in Istanbul continues to thrive this summer, breathing life into the city with a variety of entertaining events appealing to everyone. Some are brand new on the expat scene, while others are well established organizations. Nonetheless, each event offers an opportunity to socialize with fellow foreigners in Istanbul, while experiencing something new and entertaining.

Yabangee, Turkey's very own website and community geared toward informing foreigners of events and hosting a number themselves, is back with another Trivia Night in which questions are read aloud in English and in Turkish and teams of six compete to win prizes. Starting at 7 p.m. today, the 23rd edition of Yabangee's "Trivia Night: A Quiz for Everyone" will take place at Arsen Lüpen in Beşiktaş, with the questions beginning at 8 p.m. The Yabangee community will also be gathering for a pot luck style picnic on Sunday, Aug. 18 in Maçka Park.

Balfolk, which refers to the traditional dances of several European countries that include a wide range of group, couple and line dances spanning from the Circassian circle, polka and Scottish folk dance to the waltz, has been gaining traction in recent years and there is an active community in Istanbul of locals and expats alike who gather weekly to learn, practice and bask in the joy of Balfolk dance. Started up by two women — one French, one Turkish Balfolk Istanbul is a wonderful community to socialize, exercise and learn something new. Today, starting at 8 p.m., there will be an open-air dance party taking place in Galata Square. Then on Saturday, Aug. 17, there will also be a free dance party held at Uçan Ev in Beyoğlu, starting at 8 p.m. that will begin with an hour of lessons for the Balfolk dances that will be performed. 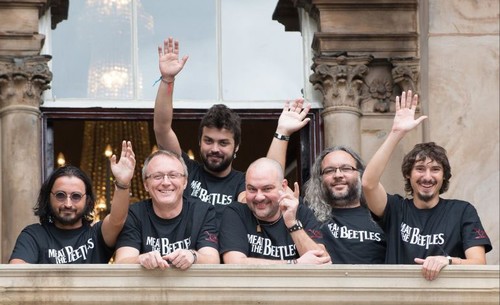 Turkey's Beatles cover group Meat the Beetles will meet their fans on Aug. 20 at Dorock XL in Kadıköy.

On Tuesday, Aug. 20, Turkey's very own Beatles cover group Meat the Beetles will be performing at Dorock XL in Kadıköy. A wonderful treat, Meat the Beetles have been performing beloved Beatles classics for a decade now and have even taken part in the International Beatleweek Festival in Liverpool and performed at the revival of the famous Rooftop Concert, which was the final public performance of the legendary band.

On Thursday, Aug. 22, the renowned 360 Istanbul, a rooftop venue with panoramic views of the city on İstiklal Avenue will be the site of a "Lip Sync Battle" in which participants will get the chance to perform by singing themselves or simply lip-syncing. This is the first event in Istanbul by the Pawla PR company, run by two Syrian ladies Rose Hindawi and Khala Almoghrabi and anyone who wants to perform needs to submit their chosen song at least three days before the event. Further details can be found on the Facebook event page.Beyond kitchen pop-up dinner

Beyond Kitchen is a brand new pop-up dinner series in Istanbul that will be hosting "Beyond South Indian Cuisine" a very special dinner on Friday, Aug. 23, devoted to southern Indian cuisine. Run by Mohammad Alard, a Syrian-born recent graduate of the Le Cordon Bleu Istanbul, Beyond Kitchen aims to make each dinner a showcase into a specific region of the world's cuisine and culture. In this pop-up dinner event Mohammad will be teaming up with an Indian chef, who has worked in different venues in Istanbul dishing up cuisine from the beloved Kerala region in India. Starting at 7:30 p.m., the dinner will be held at Inogar, "innovation and venture incubation center" with a focus on sustainable development that is based in Kağıthane. The center engages in a number of different entrepreneurial programs, including acceleration, brand management and developing cooperatives in addition to the Food Entrepreneurship program, which Mohammad was involved in. Reservations are required to attend the South Indian dinner, which will also have options for vegans, vegetarians and meat eaters.

Yabangee goes to a football match

On Monday, Aug. 26, the Yabangee community is organizing a group outing to the Istanbulspor-Altay football game at the Necmi Kadıoğlu Stadium in Esenyurt starting at 6 p.m. This special event, entitled "Let's Go to a Football Match!" includes the opportunity to get a free season ticket and Passolig discount card if you submit a form from the Facebook event page by Aug. 18. This is Istanbulspor's first home game of the season as they seek their spot in the Süper Lig. Yabangee will be providing a shuttle from Taksim at 6 p.m. and anyone who attends and registers on time will be given season tickets and a Passolig card.