Stars of the Grand Bazaar 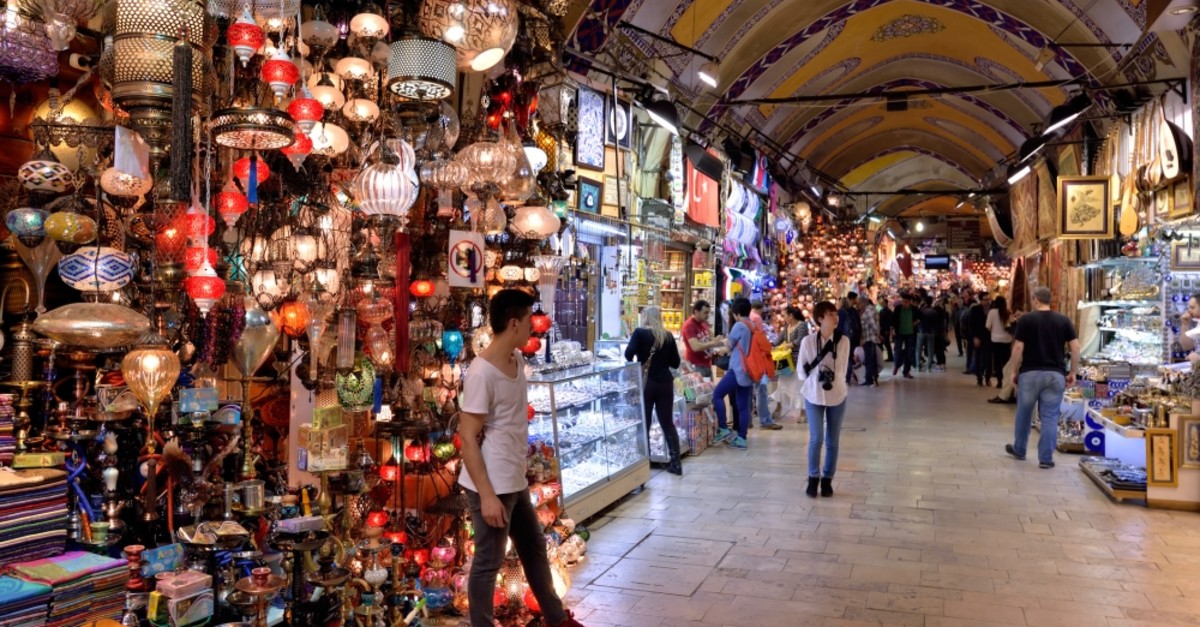 Istanbul's Grand Bazaar is the world's oldest covered bazaar and welcomes hundreds of thousands visitors and shoppers every year.
by Leyla Yvonne Ergil Aug 23, 2019 12:08 am

The Grand Bazaar is among the first places to visit when in Istanbul. And if this is your first time in this historic mall, we gathered a list of the most popular shops

Istanbul's Grand Bazaar, in Turkish the Kapalı Çarşı, remains one of the most intriguing, fascinating and overwhelming shopping experiences in the world. Dating back nearly 300 years, the Grand Bazaar is one of the largest and oldest covered markets on the globe and boasts over 4,000 shops. There are dozens of covered streets, each with its own theme, such as areas devoted solely to jewelry and gold, leather goods, fabrics, rugs and ceramics to say the least. With such a vast selection one can easily get lost or overwhelmed and miss out on some of the best and most famous shops there to discover.

Here is a guide to who's who, where the stars shop and where to go for what in the Grand Bazaar:

Housed on Takkeciler Street in the heart of the bazaar is Şengör Halı, a traditional carpet store that has been serving visiting global leaders for generations now since opening in 2018. Among some of the store's patrons are former U.S. Secretary of State Madeleine Albright, the last leader of the Soviet Union Mikhail Gorbachev and former German Chancellor Helmut Kohl to name just a few.

Run by the charismatic Hakan Evin, Imperio Otomano is a classic Oriental rug shop that has been frequented by both Bush presidents, Eric Clapton and most recently Ben Affleck, who purportedly spent over $200,000 after haggling on rugs.

If you are looking for rugs in a newer blend, located right across from one another on Takkeciler Street is Ethnicon and Dhoku, two shops offering unique modern-design hand spun organic wool carpets and one-of-a-kind patchwork vintage kilims, respectively.

Turkey's most famous jeweler Sevan Bıçakçı, who got his start in the Grand Bazaar, is known worldwide for his magnificent rings with carved images that are beyond description. In addition to his shop in the bazaar, he now has showrooms all over the world, shops throughout Turkey and even in Miami and his creations are arguably some of the most beautiful rings in the world.

One of the most famous boutique jewelry and precious gems shop in the bazaar's jewelry district is Topkapı Özavar, located near the Beyazıt Gate on Kalpakçılar Street and it is rumored there is a special VIP showroom for esteemed guests underneath the shop that has hosted the likes of Grace Kelly, Liza Minelli, Saudi Arabian King Faisal and even Queen Elizabeth.

Diamonds and gold are the name of the game at Kafkas Mücevher, which is housed on Kalpakçılarbaşı in the heart of the jewelry center of the Grand Bazaar. Theirs are original, graceful and simplistic designs that have been purchased by the likes of members of the famous Rockefeller family and even actress Cameron Diaz is said to be rocking a gold chain from this shop.

Housed in the inner Cevahir Bedestan is Güleç Stone Silver, a magical shop that draws you in with hanging strings of the semi-precious stones the shop is famed for. There is a vast range of handmade and uniquely designed jewelry centered on the gems Istanbulites in the know come here to seek out.

Housed in a tiny shop in the Cevahir or inner İç Bedestan, the oldest market area of the Grand Bazaar, is Nick's Calligraphy, where the "Lord of the Leaves" Nick Meredyan painstakingly prepares gold painted leaves with calligraphy combining a variety of religious symbolism for peace. His pieces of art on leaves have been purchased by a number of First wives, including Laura and Barbara Bush and Hillary and Chelsea Clinton.

The Grand Bazaar also has an area devoted to leather products, housed on a street aptly entitled Kürkçüler, which means "furrier" in Turkish. The most famous shop for leather jackets and accessories on this street is Koç Leather, a family run business that has been in the bazaar for nearly four decades. Famous figure such as legendary actors Kirk Douglas and none other than James Bond figurehead Sean Cannery are said to have bought jackets here as have the Russian musical duo Tatu.

Selling modern suzani and ikat textiles and home accessories, Yazzma brings a spectacular burst of color and beautiful textures to the Grand Bazaar by the way of screened-silk pillowcases and hand embroidered wall hangings and kaftans that have even been used to spruce up the elegant Soho House in Istanbul.

Mehmet Öztekin is the famous 'Gramofon Baba', who still repairs and makes gramophones from his tiny shop, located off a side street from the Fesciler door. He has made over 10,000 gramophones that continue to decorate hipster homes and hotels throughout the country.