Events in Istanbul for 'Global Week to Act' on climate 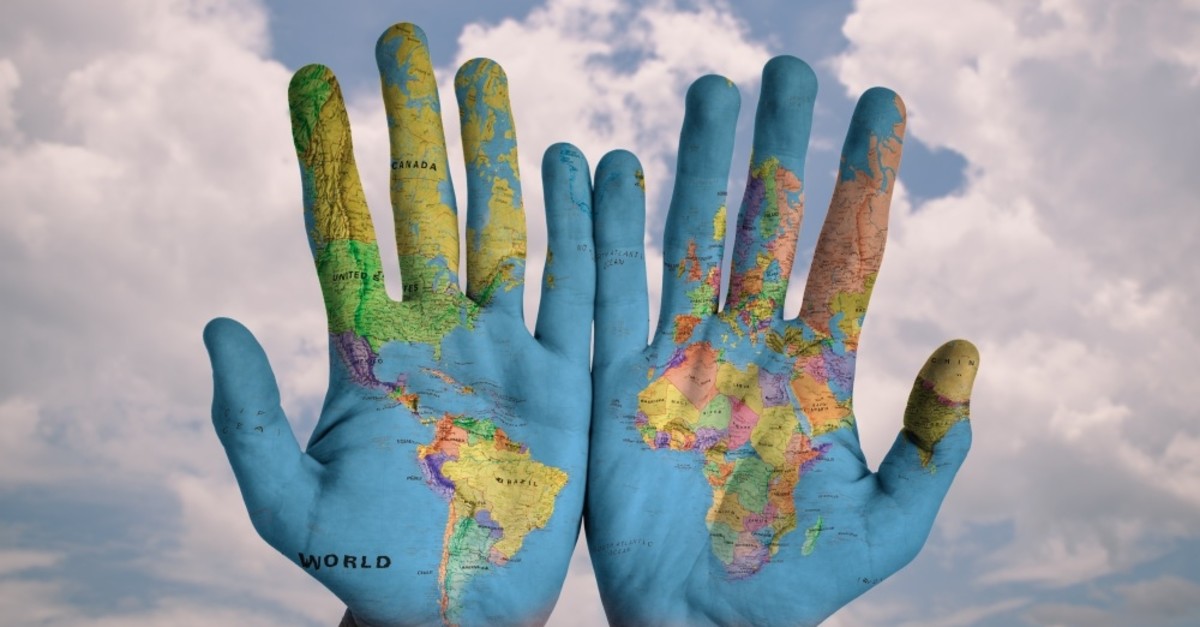 As a part of ,The Global Week to Acts on SDGs,, Turkish NGOs and social responsibility groups will host a number events to raise awareness on climate change.
by Leyla Yvonne Ergil Sep 20, 2019 12:14 am

"The Global Week to Acts on SDGs" is an annual call for individuals and organizations worldwide to come together to accelerate action on the Sustainable Development Goals (SDGs) set by the United Nations on Sept. 25, 2015 as a universal call to end poverty, protect the planet and ensure that all people enjoy peace and prosperity by 2030. This now-annual global week of action is celebrated throughout the world with a variety of events and activities intending to bring awareness and accountability for the climate crisis to the forefront.

On Friday, Sept. 20, as the world embarks on an unprecedented global climate strike ahead of the Sept. 23 U.N. Climate Action Summit, in Istanbul there will be festivities held at Kadıköy's Yoğurtçu Parkı starting at 4 p.m., including stands, seminars and workshops followed by a "Zero Future" concert, starting at 6 p.m. with over half a dozen of alternative and folk performers such as Lara di Lara, Nil İpek, Teneke Trampet, Muammer Ketencioğlu and Şudabap Çocuk, the latter of whom performs songs for children.

Similar festivals will be held in Bursa with the Nilufer Climate Festival taking place at Üç Fidan Park with a "Climate Crisis Forum" starting at 2:30 p.m. on Friday followed by workshops and musical performances until 8 p.m. after which there will be a documentary screening. In İzmir, the İzmir Climate Festival will begin at 7 p.m. at the Kültürpark stage and will have musical, theatrical and Lindy Hop performances.

On another note, ever since last month's Muralist Festival, which takes place in Kadıköy, the image of Greta Thunberg, the 16-year-old Swedish environmental activist who spearheaded the Youth Strike for Climate movement and was nominated for a Nobel Peace Prize, now adorns the side of a five-story building on Mustafa Mazharbey Sokak in Göztepe in a mural painted by Portuguese mural artists Mr. Dheo and Pariz One.

World Clean Up Day in Istanbul

Sept. 21 is World Clean Up Day and luckily for those in Istanbul, Tidy Turkey, aka Türkiye'yi Temizle, which is an organization and community of volunteers that comes together to pick up trash that was started by Australian expat Lucy Tooze, will be holding three separate "Clean Up Day" events in Üsküdar, Balat and the Princes' Islands' Kınalıada starting at noon.

Sunday, Sept. 22 happens to be World Car Free Day, which is devoted to encouraging motorists to give up their cars for a day and to give them and commuters the opportunity to experience their locality with lesser cars on the street. In honor of this day, Ali Suavi Street in Beşiktaş's Türkali neighborhood will be closed to traffic from 11 a.m. to 8 p.m. but open to pedestrians and bikes and there will be workshops ongoing throughout the day. From toy and book swaps to trivia games about recycling, pedestrian rights and healthy eating and workshops on art, storytelling, zipline and even Japanese mask-making, there will be a wide variety of activities by day and two documentary film screenings by night, which start at 7 p.m.

The co-working space and innovation lab Impact Hub, which is located in Kağıthane, will be hosting a number of events for global SDGs week, including a film screening of the Nat Geo documentary 25 Liters, which will take place on Monday, Sept. 23, starting at 7 p.m. Following the screening, there will be a panel on "Water and Climate" issues, with speakers from National Geographic and other experts in the field.

On Wednesday, Sept. 25, Impact Hub will be hosting a Climate Change Meeting in honor of this global week to act on SDGs that will be centered on finding solutions to environmental challenges in connection to Al Gore's "The Climate Reality Project" and the 2030 SDGs Game, which is a card game that simulates what could happen by the year 2030. The trance event starts at 7 p.m. and will take place in Turkish. On Thursday, Sept. 26, Impact Hub will also be hosting the Social Impact Awards (SIA) in which the innovative ideas by candidates under the age of 30 will be presented to and then awarded by a jury and SIA Global Director Jakob Detering. This event will begin at 3 p.m. and will conclude with a networking session from 6 p.m. to 7:30 p.m. While each of these events is free to attend, registration is done via Eventbrite.

Turkish students will join "Fridays For Future," an international climate movement, to protest against the lack of action on the climate crisis. Young people from all over the world will take part in a massive coordinated strike from school on Friday, responding to a call from Swedish climate activist Greta Thunberg. Sixteen-year-old Thunberg founded the Fridays For Future protests in August 2018 by sitting in front of the Swedish parliament every school day for three weeks. The Fridays For Future social movement seeks neither the redefinition of the climate crisis nor for a fresh solution to the issue, said Bilge Yerli, one of the founders of the movement's Ankara branch, told Anadolu Agency (AA). Highlighting that climate change has increasingly affected all people across the globe, Yerli underlined that the group aims to apply solutions that have actually been around for years. Yerli, 17, stressed that the protest movement needed support from all age groups as well as from people of different socioeconomic and ethnic backgrounds.

"Our aim is to prevent the climate crisis from reaching a point of no return," said Yerli, urging society to act against climate change. Some 32,000 students from 40 schools of the Turkish Education Association will support the movement between Sept. 20-27. Young activists will raise public awareness to tackle the climate crisis by promoting the slogan "zero carbon or zero future."