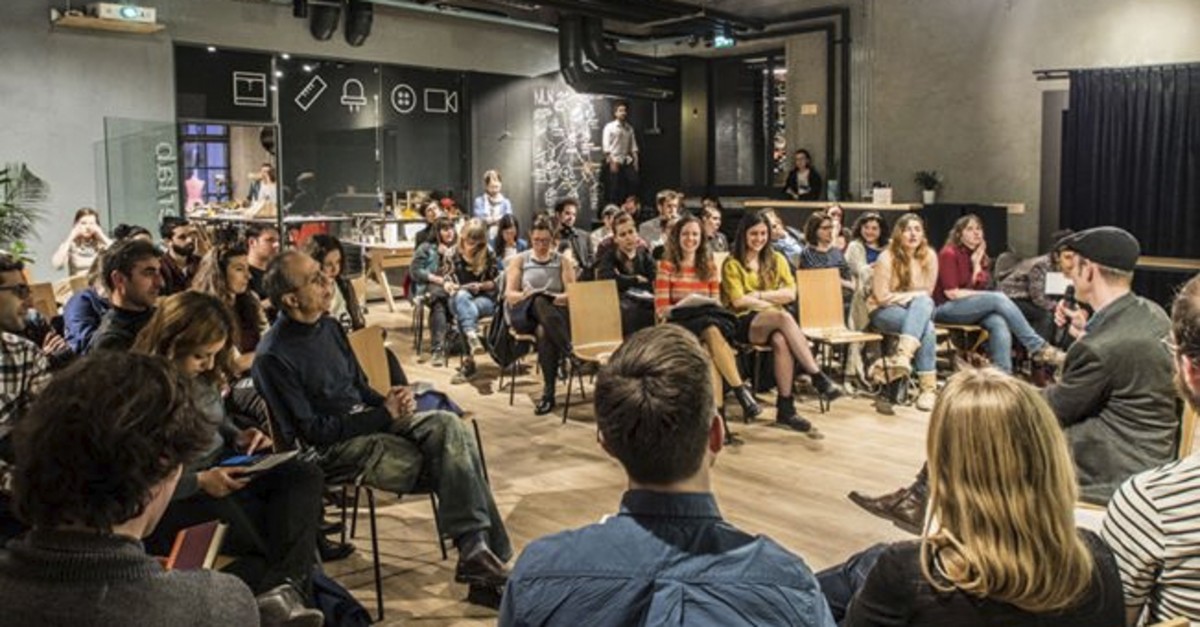 The format of Expat Spotlight allows for a relaxed and informative dialogue between the panelists and audience.
by Leyla Yvonne Ergil Sep 24, 2019 12:11 am

The Expat Spotlight talk series, which focuses on different informative themes every month, will offer presentations around the theme of ‘Entrepreneurship' in its 23rd edition, to be organized on Sept. 30

Expat Spotlight is an innovative talk series that takes place roughly every month centered on different themes and hosted at one of the hippest and most creative venues in town, the interactive and creativity platform and co-working space ATÖLYE, which is located in bomontiada. This month's Expat Spotlight, which will take place on Monday, Sep. 30, will focus on the theme of "Entrepreneurship" and will have a handful of expats sharing their personal stories and experiences to a lively audience of foreigners and locals alike.

For us expats in Turkey fortunately there is the invaluable Yabangee volunteer-run community, which operates a website informing foreigners of events and doling out advice, while also hosting a number of informative and entertaining event series, of which the monthly talk series Expat Spotlight, held in collaboration with ATÖLYE, is just one of. Every month, Yabangee also hosts events such as trivia nights, karaoke and dance parties and in the summer potluck picnics to name just a few. 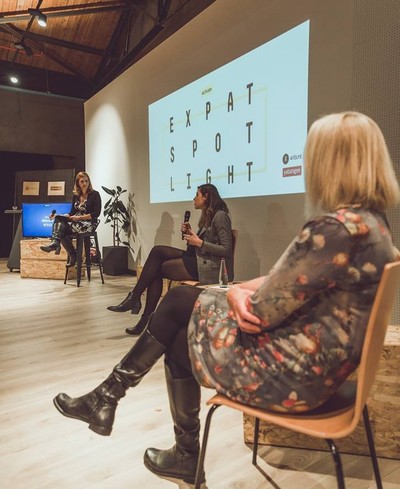 Thanks to a Q&A session, the audience of the Expat Spotlight talk series can exchange ideas with the panelists.

I had the opportunity to catch up with Yabangee Director Tarik Yassien, who originally hails from the U.S., to talk about how the Expat Spotlight came about and why this will be its final season. I asked Tarik how the idea for Expat Spotlight first surfaced, and he shared with me that it was genuinely a collaborative idea that came about between Yabangee and ATÖLYE in their very first meeting together nearly three years ago. "We were exploring a potential relationship between the two organizations and brainstorming for fresh content that would cater to and engage segments of Istanbul's international community, and ATÖLYE opened a new door for us and looking back, we couldn't have known it would be such a consistent and well-received event series."

Going into its third year, the first Expat Spotlight took place in February 2017, and this Monday's Expat Spotlight will be the 23rd edition. "We've hosted roughly 100 speakers from more than 30 countries around the world and covered 22 fascinating themes in the process, with over 1,000 attendees joining us along the way," explained Yassien, emphasizing that first and foremost, they are especially proud of the diversity present within the event series. "The broad scope of the themes has allowed us to meet people working in a wide variety of sectors and has provided a platform for those involved to network and form meaningful connections," said he, adding: "We often learn that collaborations between organizations having taken place as a result of an Expat Spotlight, and it honestly offers quite a bit of reassurance that we're up to something good over here."

"An underlying theme of the series has always been that it is indeed possible to pursue your passions here in Turkey as a foreigner in a field you're interested in, and the variety of themes and breadth of professions represented is testament to that," Tarik said, sharing: "Much of the audience on a given night is there because they have a connection to the night's theme. It provides an opportunity to gain insight from the experiences being shared, and the question and answer portion allows people to follow up on particular points and ask for advice, etc."

The format of Expat Spotlight has evolved to a more Q&A format allowing for a relaxed and informative dialogue between the panelists and audience, which is led by a master of ceremonies, of which journalist Jennifer Hattam will be doing the honors this season, and is then followed by an hour of networking. ATÖLYE and Yabangee provide refreshments, people are able to mingle and exchange contact info, and there will also be stations set up where people can ask questions and gain assistance.

As always, this Monday's Expat Spotlight will be taking place at ATÖLYE, which is located in bomontiada, a unique entertainment complex located in a historical beer factory in the Bomonti neighborhood of Şişli. Attendance is free, and the event starts at 7:30 p.m., with doors opening at 7 p.m. The guest speakers for this month's Expat Spotlight on "Entrepreneurship" will be Sean Yu, co-founder and CEO of Paraşüt, the leading SaaS bookkeeping software in Turkey with over 12,000 customers, Jennifer Gaudet, who is the name and visionary behind Jennifer's Hamam, one of the most popular Turkish towels and bathing accessories shop in Sultanahmet, and advertisement and marketer Beau Higgins, whose agency Wordsmith Advertising, which is based in Turkey, has worked with the likes of C&A, Caterpiller and Decathlon.

Expat Spotlight will continue monthly this year, however come next summer, the third and final season of the series will be coming to a close. I asked Tarik why they would ever consider bringing a halt to this popular and innovative series, to which he said that by the end of this season they will have hosted 150 speakers and as Yabangee, they don't repeat themes and want to remain succinct in their endeavors. "It's been a fantastic experience to meet and host so many incredible guest speakers, as well as to be able to connect with members of our community in this way and ATÖLYE have been the most welcoming and proactive partners we could ever ask for," said Tarik, adding: "So with all this in mind, I think it's safe to say that it will only be the end of 'Expat Spotlight' in name and format. Our collaborative efforts and the spirit of the series will live on in something new. Changing the scope to a new series will allow us to shake things up a bit, invite new perspectives, welcome new audiences, and so forth. We're very excited about finishing this season off stronger than ever and then starting on a fresh project."