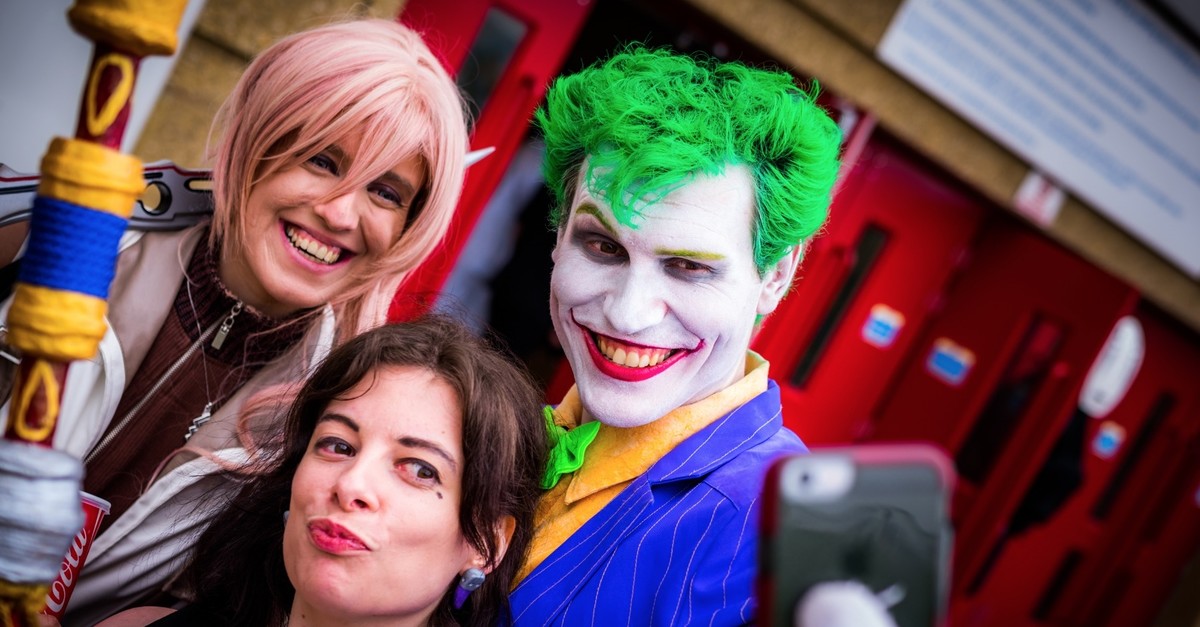 Comikon will host the best cosplayers in town on Oct. 19 and 20 at the Military Museum Cultural Center in Harbiye, Istanbul.
by Leyla Yvonne Ergil Oct 04, 2019 12:16 am

If you are looking a fun way to spend your weekend in Istanbul, you've come to the right place! The gamers in the city is ready to rock at Comikon and Detective Day this month

Attention game lovers: there is a lot to plan and look forward to as two great events involving costumes and role playing are coming your way in Istanbul this October — and I don't mean Halloween! Get your costumes ready as the animation and gaming festival Comikon and the award-winning international murder-mystery game CluedUpp will be taking place in Istanbul this month.

Held for the third time this year, Comikon Istanbul is the ultimate go-to event for cosplay enthusiasts, cosplay being the combination of costume-making and wearing as well as role playing reminiscent of a character from the gaming world. Taking place at the Military Museum Cultural Center in Harbiye over the weekend of Oct.19-20, there will be two days of stands, dozens of seminars and workshops related to animation and cosplay and a wide variety of role-playing games, costume competitions and even an anime song contest. On Sunday, Oct. 20, there will also be a gathering of "Doctor Who" lovers, who will be discussing and introducing the British cult show. Fun to participate in or just to people watch and check out products related to gaming and cosplay, Comikon Istanbul will be open from 11 a.m. to 7 p.m. on Saturday and Sunday and tickets cost TL 50 for students and TL 75 for general admission per day, with discounted tickets available for attending both days of the event.

CluedUpp is the brand new award-winning British interactive detective game that brings the classic board game Cluedo to life on the streets of the various cities it has been hosted in. Held in half a dozen cities all over the world weekly, each "Detective Day" hosts 100 teams in an interactive detective game and has been played by over 250,000 detectives in more than 25 different countries thus far. This murder-mystery adventure has been making waves in cities throughout England, Europe and the U.S. and will be coming to Istanbul this month for what will certainly be an exciting and rare adventure to put your detective skills to the test with a team of friends or family.

Since its launch, this interactive murder-mystery game has seen unprecedented interest, and it is now held in multiple cities weekly. Luckily for those in Istanbul, on Saturday, Oct. 26, dubbed "Istanbul Detective Day," this award-winning interactive game will be taking place on the streets of Sultanahmet. Proving just how popular this game has become, on the same day it is played in Istanbul's historical city, CluedUpp will also be held in cities such as Prague, Malmo, Budapest, Athens and even Detroit. Here's how it happens: the storyline, aptly entitled "The Latest Krays," is set in the late 1960s and centered on solving the fictional double murder of the notorious British gangsters the Kray Brothers. The point of the game, which is a murder mystery that unfolds entirely self-guided via an award-winning app, is to solve the case with a team of a maximum of six players made up of family and friends. Traditionally there have been over 100 teams competing to be wannabe sleuths as they solve puzzles, find clues and crack the case of the murder mystery on the streets of their hometowns.

Played in English through

an app and taking place in Sultanahmet, the start time of this adventure game is between 10 a.m. and 1 p.m., and the mystery must be solved by 5 p.m. Depending on how strong the team is, the mystery is usually solved between one and four hours, with the average time taking approximately two-and-a-half hours. Participants are encouraged to play in teams of at least two and will need access to a smartphone. They are also tasked with coming up with a team name and preferably, although not mandatory, to be dolled up in murder mystery, fancy dress. There are also a variety of prizes to be won in categories such as "Fastest Team," "Best Fancy Dress," "Best Team Picture," "Best Team Name" and "Best Little Detective" for the kids.

Tickets are TL 253 per team, with children under the age of 16 being able to play for free. Participants are also allowed to bring their dogs on the adventure, and the canines are also eligible for prizes. Keep in mind that this latest craze in pop-up events sells out fast, so if you