Soaring over sea or sky on Turkey's southern coast 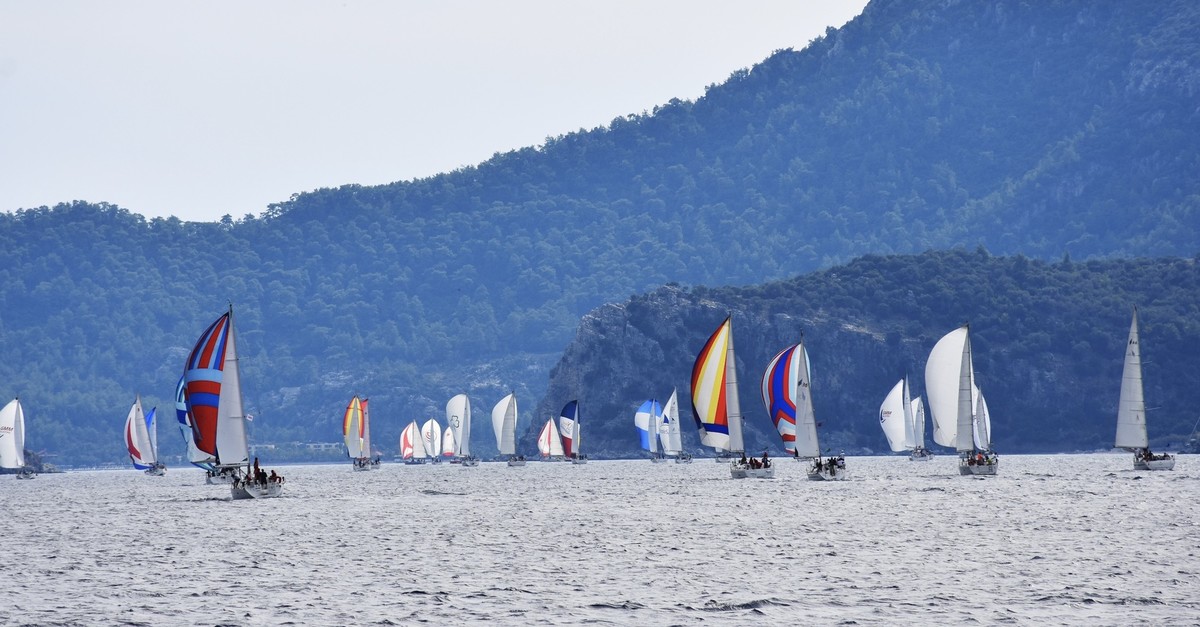 Coming up from down south this month, the Bodrum Cup, Marmaris Race Week and the Ölüdeniz Air Games are all exciting events for participants and spectators alike, that bringing Turkey's most-beloved holiday destinations to life

While it may seem like summer is over, along Turkey's "turquoise coast," there are a number of holiday destination towns that are still in full swing. In fact, this could arguably be the best time to visit the summer trio of hot spots being Bodrum, Marmaris and Fethiye. If you are a sailor or paraglider then you are probably well aware of the Bodrum Cup and Ölüdeniz Air Games, however for those less versed in the sports these fall competitions make for a fun time to visit and a grand spectacle to witness.

Be part of the Bodrum Cup

The Bodrum Cup will be taking place from Monday, Oct. 21 to Saturday, Oct. 26 with sailing races by day and concerts and parties at night. Everyone who is anyone in the sailing world comes out to this most in-demand holiday destination in summer to race with some of the most beautiful boats in the world in this annual regatta that is going into its 31st edition this month. Bodrum is definitely Turkey's heart of sailing, whether it beats for you by boarding one of the famous blue cruises that sails along Turkey's coast or due to the sheer fact that the majority of boats in Turkey, especially the indigenous gület and tirhandil styles are made there. Thus, it should come as no surprise that the annual Bodrum Cup, which takes place every October, is a lively and grand affair.

The event kicks off with an opening party and musical performance on the evening of Monday, Oct. 21 that takes place at the Bodrum Marina. The next four days consists of nearly 150 boats, most of which will be classic and wooden sailboats, taking part in four different stages, sailing routes from Bodrum to Kissebükü, Gümüşlük and finally Yalıkavak, where the regatta will close with a blowout performance at the luxurious Yalıkavak Marina. Just to give an idea, last year's headliner was Turkish pop star Kenan Doğulu. Serving as commodore for the event will also be David Dein, Ambassador for the Premier League and former co-owner of the Arsenal Football Club.

One of the most standout elements of this annual regatta is that guests are allowed to board and stay on a select number of boats as they race for a truly once-in-a-lifetime experience. The ticket is hefty and will run you up to a whopping 1,200 euros if you want to secure a single cabin on your own throughout the race. There are also much less expensive options of either sharing a cabin or boarding one of the spectator boats that watch the race from a distance.

Definitely worth checking out if you are in town for either the opening or closing parties, but over the past few years, the most standout event of the Bodrum Cup is actually a cooking competition between the chefs of the regatta racing boats. Dubbed "The Blue Voyage Cooking Contest," the chefs will be presented with a surprise box of ingredients, which they will use to prepare variations of the classic dishes that are served during the Blue Voyage cruises the Turkish southern coast is famed for. On the evening of Wednesday, Oct. 23, these chefs will be presenting their dishes, prepared as the boats they are on are racing, to be judged on and awarded by a jury panel at the Bodrum Marina for a crowd of spectators.

Sailing lovers can rejoice as the fun continues with the 30th Marmaris International Race Week, which will take place from Oct. 26 to Nov. 1, based at the Netsel Marina with eight different races and a number of fun evening parties making for a great time to be in the area.

Fun in Fethiye for the Ölüdeniz Air Games

Ölüdeniz is a spectacular holiday town in Fethiye with its famous blue lagoon and natural reserve set along a stunning coastline. However, it is also famed for being the ultimate paragliding destination in the country as paragliders take off from the overlooking Babadağ Mountain at 2,000 meters elevation only to land on Ölüdeniz's silky smooth sandy beach. Not only is it home to a wonderful variety of comfortable and colorful accommodation and venues, but it is also the pickup point for boats to precious coves such as Butterfly Valley and Kabak. For free flyers in all its forms and from all over the world, this makes the Ölüdeniz Air Games one of the most enjoyable aerial acrobatics events of the year. Taking place from Tuesday, Oct. 15 to Sunday, Oct. 20, this festival of free flying will be drawing out aerial artists from all over the world in extreme sports disciplines such as paragliding, skydiving, BASE jumping and paramotoring for what will be a breathtaking event for both those flying in the sky or watching from the shore. Oh yes, and there will also be parties to follow each night with international food, music and dancing until dawn.