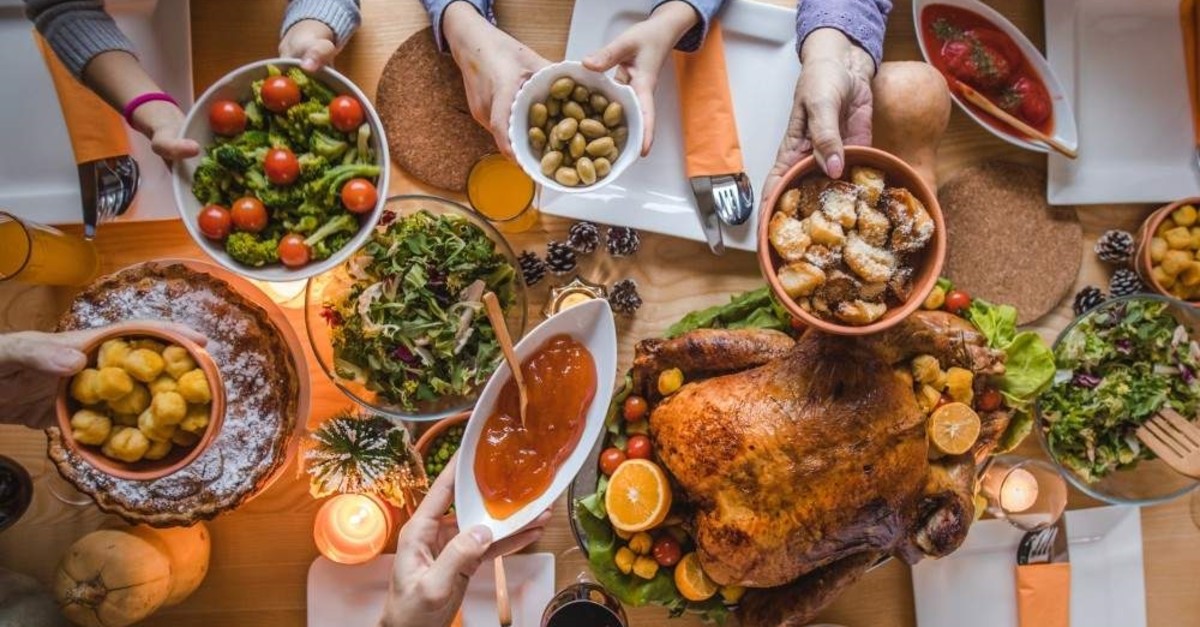 Good news for food lovers: Istanbul will host a number of gastronomy-related events in November to make you, and your belly, very happy indeed


If you are an expat foodie then this is a special month in Istanbul as some of the most anticipated cooking fairs will be coming to town in addition to a number of food-related events that will be happening in the weeks to come, providing many an expat a taste of home.
Nov. 5 – Foodiebackpacker cooks in Istanbul
Hailing from Istanbul, Foodiebackpacker is a traveling chef who cooks meals all over the world. A former professional in the entertainment industry, Derya Özyuvalı has spent the past five years cooking for people all over the world and blogging about it. He has been to nearly 50 countries and served over 200 dinners thus far and on Tuesday, Nov. 5, Foodiebackpacker will be preparing a six-course meal served at Intema Yaşam, located in Kanyon shopping center.
Nov. 7 – Expat Sofra at the Tüyap Book Fair
The highly anticipated anthology of tales of the Turkish kitchen penned by 33 female expats in Turkey, "Expat Sofra: Culinary Tales of Foreign Women in Turkey," has finally been released in both English and Turkish, and co-editor Francesca Rose will be at the Tüyap Book Fair on Thursday, Nov. 7 to discuss the book at 4:45 p.m. with a book signing by authors preceding the talk starting at 3 p.m.
Nov. 14 to 16 – Sirha Istanbul
Coming to town Thursday, Nov. 14 to Saturday, Nov. 16, Sirha Istanbul is a culinary fair geared toward professionals in the food and beverage industry. Held at the Istanbul Congress Center in Harbiye, guests are advised to bring along a business card displaying their connection to the gastronomy world to take part in this exclusive food fair. If you are one of the lucky to make the cut, then this fair also hosts a national selection for Turkish cooks taking part in Bocuse D’or, and there will also be a Specialty Coffee Association championship involving categories such as latte art. This year, one of the highlights will also be a specially designated area showcasing artisan breads.
Nov. 23 – Thanksgiving Pop-Up Dinner 2019
For those feeling homesick or seeking to celebrate an American Thanksgiving in style, Pop-Up Dinners Istanbul will be hosting a very special gourmet dinner on the evening of Thursday, Nov. 23. Pop-Up Dinners Istanbul is a popular dinner event series run by former restaurateur and Singaporean-Dutch expat Kay from her home in Cihangir. Each of Kay’s unique gourmet dinners is centered on a theme and while the menu for the evening may slightly veer from the traditional Thanksgiving meal, it will be a guaranteed gourmet feast to be thankful for. The meal will include prawn ravioli, smoked goat cheese and beet salad as starters with a chorizo-stuffed roasted cardamom chicken for the main accompanied by a broccoli Ceasar salad, and pumpkin pie and cinnamon ice cream for dessert.
Nov. 24 – Thailand & Asian Market No. 5
This will be the fifth time members of the Facebook group Thai Women in Turkey will be teaming up to host a Thai & Asian Market that will be held at Mövenpick Hotel in Levent on Sunday, Nov. 24 from 10 a.m. to 5 p.m. Entrance is free to this festive event series that not only has stands of traditional and street food and beverages from Thailand and neighboring Asian nations but will also have cooking and eating competitions, such as a spicy food competition as well as a drawing for prizes. There will be attendants in traditional garb from the region as well as a variety of Muaythai and traditional dance performances from the countries represented.
Nov. 29 – Le Cordon Bleu open house
Le Cordon Bleu will be hosting a free open house cooking show and lessons by chefs Erich Ruppen and Paul Matey, who will be preparing lamb filets and a spicy dacquoise dessert cake for participants while offering them the opportunity to learn more about the cooking courses being offered. Attendance is free to this event but prior registration is required.
Nov. 30 – V. International Gastromasa Gastronomy Conference
The 5th International Gastromasa Gastronomy Conference will be taking place at Haliç Congress Center on Saturday, Nov. 30 from 9 a.m. to 7:30 p.m. Centered on the theme of “Inspiration,” this annual event draws in well-known chefs from all over the world who will be delivering seminars, workshops and cooking demonstrations for attendees.
Guest chefs include Argentinean chef Paulo Airaudo, Russian chefs and the owners of the Twin Peaks restaurant in Moscow, which has made the World’s Best 50 Restaurant list, Sergey and Ivan Berezutskiy. Considered one of the world's best pastry chefs, Albert Adria will be coming from Barcelona and voted best pastry chef in Asia for two consecutive years, Singaporean Janice Wong will also be among the chefs coming to Istanbul. There will also be two-Michelin-starred French chef Alexandre Couillon, Michelin star Spanish chef Albert Raurich and Aitor Arregi, whose restaurant Elkano in San Sebastian is said to offer the best grilled fish restaurant in the world. Luckily, this event is open to all with tickets available on Biletix, starting at TL 175 for general admission.
Last Update: Dec 20, 2019 1:26 am
RELATED TOPICS