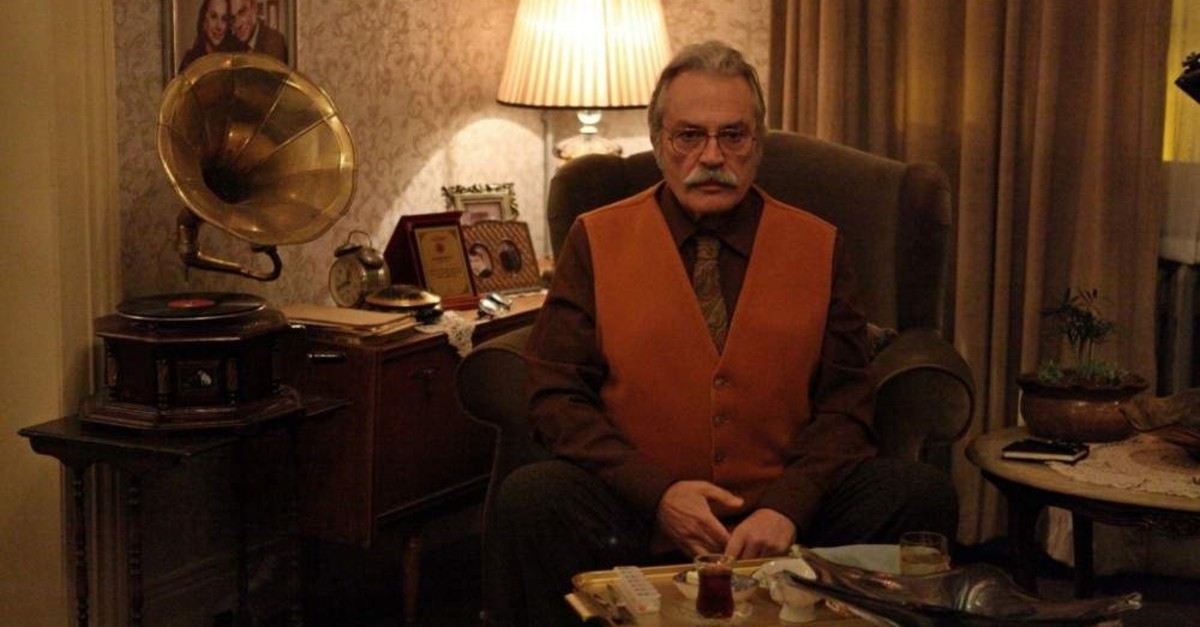 With Haluk Bilginer wining the International Emmy Award for Best Actor last week, we're taking a moment to look at the Turkish actors who have made a name for themselves in Hollywood

This past month has seen Turkish actors in the spotlight all over the world with Haluk Bilginer’s legendary Emmy award win. In that light, it's the ideal time to spotlight Bilginer’s international success as well as a number of other Turkish actors and artists making waves and names for themselves in the entertainment industry abroad.

Haluk Bilginer: Having won Turkey’s first-ever International Emmy Award for Best Performance by an Actor for his role as Agah in the Turkish television series "Şahsiyet" (Persona) just last month, Haluk Bilginer is Turkey’s best known actor abroad, having played prominent roles in dozens of films from Turkey and beyond. A lesser known fact, however, is that one of his earlier roles was as the character Mehmet Osman in the mega popular British soap drama “East Enders,” where he played Mehmet Osman the Turkish Cypriot, for a whopping 250 episodes during the 1980s. Some of his other lesser known accolades include a role in the 1987 comedy film Ishtar, also one of the most notorious film flops in movie history and, in 2001, he had a role in the dark comedy film Buffalo Soldiers starring Joaquin Phoenix and Ed Harris. His biggest international part, however, came in the 2009 American thriller “The International,” in which he plays Ahmet Sunay, a Turkish high-tech missile guidance system dealer opposite Clive Owen and Naomi Watts. Meanwhile, Bilginer’s success in his homeland has also been unprecedented, with one of his standout roles being Aydın in the 2014 Palme D’or winning film “Kış Uykusu” by Nuri Bilge Ceylan, which was also a first for Turkey. Meanwhile, Bilginer also played the role of “Nick” in the 2017 German film set in New York entitled “Forget About Nick.” Bilginer had a starring role as Dr. Sartain in John Carpenter’s 2018 Halloween film starring Jamie Lee Curtis and he is also soon to feature in a major role as Dr. Greif in the brand new British family spy series “Alex Rider” based on the books by Anthony Horowitz.

Numan Acar: Turkish-born German actor Numan Acar may be best known in Turkey for his starring role in the 2017 Fatih Akin film “In the Fade” alongside actress Diane Kruger who was awarded Best Actress at the 2017 Cannes Film Festival for her role as the wife of Numan’s character, who seeks revenge for his death. The German film also took home the 2018 Golden Globe Award for Best Motion Picture in a Foreign Language. Acar has played many other prominent roles in dozens of television series and films, working with the world’s leading directors. A lesser-known fact is that he has had roles in the popular U.S. television series “Prison Break” and had a major role as Haissam Haqqani in 20 episodes of the crime drama TV series “Homeland.” Acar also starred alongside Will Smith in British director Guy Ritchie’s feature film Aladdin, which was released last year. Acar also had a role in the latest Spider Man film “Far From Home” starring Tom Holland, Samuel L. Jackson and Jake Gyllenhaal, which also hit the screen last summer. Perhaps the most exciting development for this actor, who hails from Erzıncan, is that he will be a part of legendary director Terence Malick’s new film “The Last Planet,” which is currently shooting and is a retelling of several episodes in the life of Christ.

Yasemin Kay Allen: We here in Turkey may know Yasemin Kay Allen for her roles in the popular Turkish television series “46 Yok Olan,” “Merhamet” and “Muhtesem Yüzyıl.” However, this half British, half Turkish actress has been making a name for herself internationally, starring as Russian Special Forces operative Katrina Zarkova in the last 10 episodes of Cinemax’s “Strike Back,” an action and drama thriller centered on a secretive unit of British military intelligence, for nearly a decade.

Kor Adana: While writer, producer and technical director Kor Adana was born in Michigan as Korhan Gürocak, anyone familiar with Turkey would easily recognize his name’s connection to the country. The son of Turkish parents, Kor Adana walked away from a career in cybersecurity to sign on as “Mr. Robot” creator Sam Esmail’s assistant and has since become the highly acclaimed television series’ technical director, thus making him the individual responsible for ensuring all of the hacking and technology depicted on the show is accurate. He is also most likely the key figure responsible for all of the Turkish imagery that pops up in the show, including the flag and scenes shot at Güllüoğlu Baklava in Manhattan. In addition to taking on this pertinent role in one of the highest rated television shows of all time, he has also written two episodes himself and has been named as the writer set to adapt the feature film project of the book “To Offer Compassion,” which is centered on the true story of an underground abortion counseling program in the U.S. in the 1960s.

Turabi Çamkıran: Turabi Çamkıran, aka Turbo, is certainly not an actor per say, however, he has made his name a household one in the U.S. in a very unprecedented way. Last season, Çamkıran walked away with $750,000 as the winner of MTV’s “The Challenge: War of the Worlds.” The longest-standing competition on the reality show and music channel pits veterans from reality show competitions such as Survivor, Big Brother and The Bachelor to compete for a grand prize of $1 million. Çamkıran went into the 33rd season of the competition as a rookie and an underdog, despite being a two-time Survivor winner in Turkey, and ended up winning the entire show. He is also currently competing in the 34th season of War of the Worlds, but now as a fan favorite.