Expats in the kitchen and beyond: This year's books on Turkey 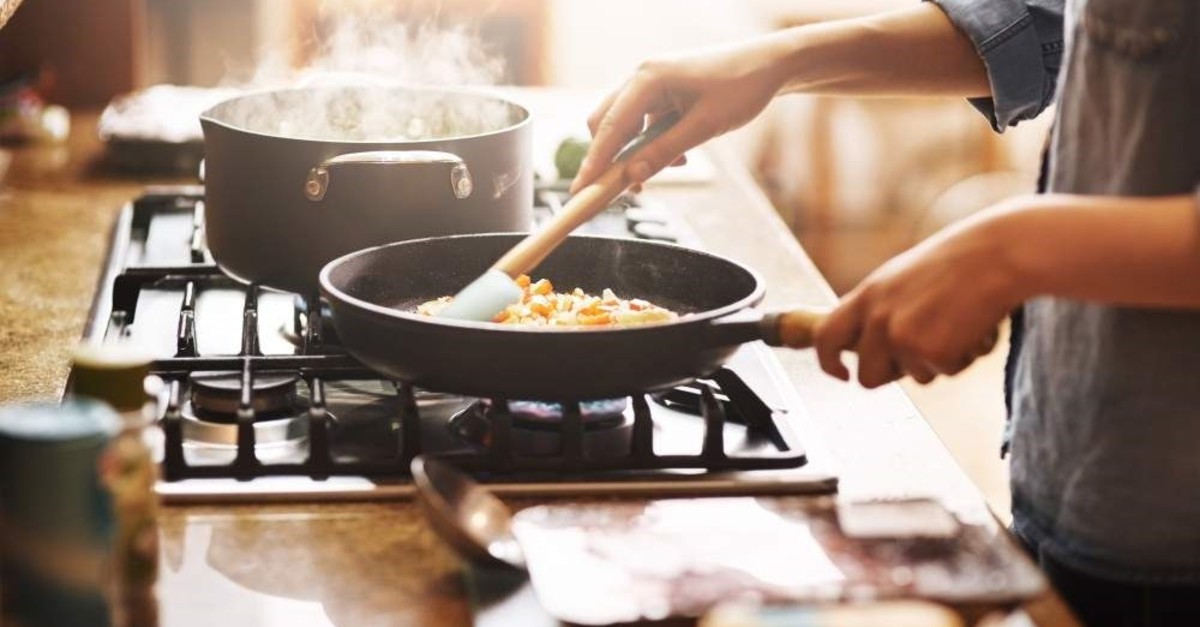 It has been a busy year for expats in Turkey in the publishing world. Not only have there been anthologies released by dozens of contributors made up of members of Turkey’s expat community, but a number of Turks have also made a name for themselves abroad, especially with their culinary genius. Each book, however, makes for the perfect last-minute gift, especially as gift-giving has become a steadfast tradition in Turkey for celebrating the new year.

Italian expat’s tips on finding happiness in the kitchen

Certainly one of the most well-known expats these days in Turkey is Italian chef Danilo Zanna, who serves as a juror for the popular cooking competition "Masterchef." Zanna got his start as a popular television personality in Turkey as one of the hosts of the talk show "Elin Oğlu," which featured male expats residing in Turkey and their perspectives on a variety of topics. Last month, Danilo Zanna released his first cookbook in Turkish, “Danilo İle Mutlu Tarifler,” which translates to “Happy Recipes with Danilo,” and contains recipes, personal anecdotes and tips for finding happiness through the kitchen. The recipes are predominantly from his Italian background and culinary expertise but are adapted for the Turkish reader to incorporate ingredients regularly available in Turkey.

“Expat Sofra: Culinary Tales of Foreign Women in Turkey” is an anthology long in the making comprised of 33 personal stories, recipes and corresponding photographs. Available in both English and Turkish, this book and co-editors Katherine Belliel and Francesca Rosa have become all the rage, making their way through readings, book signings, press coverage and multiple television interviews since the book's release in October. Definitely the talk of the town, literally, this book provides valuable insight into Turkish culture and showcases its spectacular cuisine through the eyes of foreign women from all over the world that have made Turkey their home. There are authors from the U.S., the U.K., the Netherlands, Australia, Ireland, Italy and South Africa to name just a few of these female writers and members of Turkey’s expat community. Some are already published, while others have blogs; but for some authors, this may have been their first foray into the world of writing. Nonetheless, it is a captivating read and makes a wonderful gift, whether you want to read it in its original English or translated into Turkish.

For years, Özlem Warren’s blog, "Özlem’s Turkish Table," has been the definitive go-to blog for delectable and healthy Turkish dishes presented in English. In June of this year, however, Özlem Warren released her first cookbook, a beautiful hardback with stunning photography aptly titled “Özlem’s Turkish Table: Recipes from My Homeland.” This book places heavy emphasis on the cuisine of southern Turkey and Antakya, Özlem’s homeland. Meanwhile, Özlem Warren has not only been teaching healthy Turkish recipes in cooking classes all over the world, but her cookbook also won the Gourmand Award for Food Heritage for Turkey, which places her in the ranks to compete for Best in the World in the Food Heritage category in 2020, which is regularly considered to be the “Oscars” of the cookbook world.

Any expat that resides in or has visited Istanbul has inevitably heard of the restaurant Çiya in Kadıköy. The business's success is proof of the prowess and success of Turkish chef Musa Dağdeviren, who was also featured in last year’s Netflix docuseries "Chef’s Table." For more than three decades now, Dağdeviren has been introducing a wide variety of regional dishes in an easily accessible and affordable manner from his three casual eateries that line a street in the heart of Kadıköy. Luckily for expat foodies, in April this year, Dagdeviren released his first Turkish cookbook in English, aptly titled “The Turkish Cookbook,” which features 550 recipes for the home cook. Considered the leading authority on Turkey’s unique food traditions, the book contains recipes spanning from lesser-known regional specialties and the classics, such as soups and salads, to meat dishes and pastries and even baklava. It also includes photographs of finished dishes and even contains a chapter of recipes submitted by eight guest chefs. While this hardcover book, wrapped in a linen case with gold stamping, makes the perfect gift, it is admittedly hard to find in Turkey due to high demand.

Released in April this year, “Two Currents: Bir Bosphorus Review of Books Antolojisi" is a compilation of short stories, reviews and poetry originally written in English by 20 contributors from all over the world that have been touched by Turkey. The Bosphorus Review of Books was Turkey’s first online literary magazine and is released once every two months, featuring dozens of contributors who pen short fiction stories, creative nonfiction, poetry, interviews and literary reviews that focus on Istanbul. This spring, editors and Istanbul-based expats Luke Frostick, Erica Eller and Thomas Parker released an anthology of some of the most impressive pieces featured throughout the past two years with both their original versions accompanied by Turkish translations.