Looking back: How expats viewed their last decade in Turkey 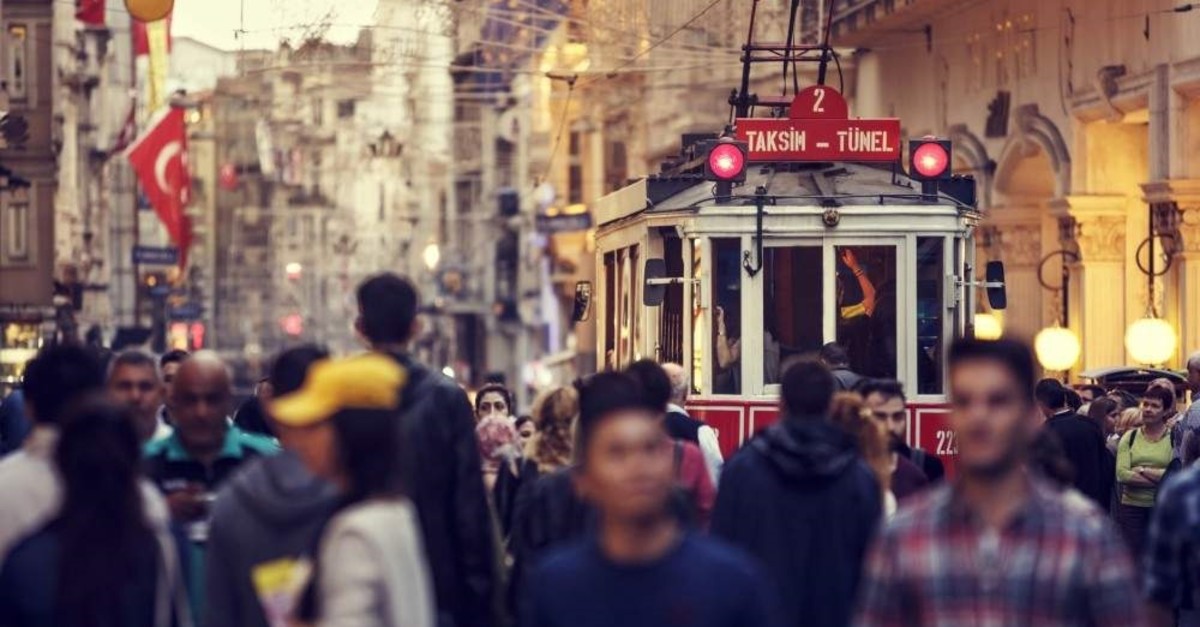 With New Year's upon us, here's how Turkey's expat community have been looking back on the last decade and their settlement in the country

As the end of the decade approaches, we enter a special time to reflect over the years passed and the future to come. Moreover, as is the case for any expat, it is a good time to evaluate the situation where we have chosen to make our adopted homes.

To this end, this is an opportune time to talk to members of Turkey's broad expat community to review some of the best reasons we have chosen to settle in this country rather than our own native homelands.

Almost all can agree on the validity of the indicators used to measure quality of life and overall well-being; namely material living conditions, productivity, health, education, social interactions, physical safety, basic rights, the natural environment and overall experience of life. In my personal and admittedly biased opinion – and as an American expat – Turkey continues to be my preferred place of residence on all counts and I truly believe that I am not alone in this sentiment.

But don't just take it from me, as here are just some of the very basic reasons why Turkey is a great place to live from the words of fellow expats themselves.

Speaking with Lars Larsson – a half-Swedish, half-British expat who moved to Istanbul in 2006 and has recently bought a home and married his Turkish girlfriend – I learned that his former career as an English teacher almost took him to China. However, instead, he opened a language school and language services center in Istanbul in 2008 that, by the time it closed, Larsson relates, "had amassed so many editing, translation and copywriting clients that I was able to keep that side of the business." Explaining that while working in Turkey can be somewhat difficult to navigate, "There are all sorts of strange business opportunities for native English speakers, like casting, voiceover work, journalism and travel writing," he said to name just a few. In addition, Lars adds that: "Being on the frontline of politically "interesting" parts of the world means that charity and community work feels much more direct and meaningful than it would do in a less refugee-friendly country."

Lyn Ward, a British expat and author of The Fethiye Times – an informative, entertaining and extremely helpful website – moved here in 2010 and sums up the combination of reasons that made her choose to live in Fethiye, as including the "warmth, friendliness and helpfulness of the people, their endless curiosity about foreigners and the language, the etiquette and phrases, the beautiful scenery, the food, the weather and of course, the cost of living, which is so cheap compared to the UK and Europe."

While all of these reasons are fairly standard for many an expat in Turkey, Lyn adds that there are other factors that affected her own decision: "Being accepted and made to feel like an integral part of the local community is huge," Lyn shared, adding: "I enjoy how different and, yet now familiar, getting things done here can be and when I look back over the nine years I have lived here, I have learned so much and lastly, but most importantly in my opinion," Lyn says: "I feel safe here."

Jason Jones, an expat from Texas and Editor-at-Large for A News (and an actor, to boot) brought up an important point in a Facebook post he shared commenting on an article about bulletproof backpacks for sale in Texas and why he chose to raise his own son in Istanbul instead of Dallas: "After 10 years of raising my son (in Istanbul), I've never once had to talk to him about why he has 'active shooter' drills at his school (because they aren't a thing here), much less have I had to consider whether his backpack was bulletproof or not. The choice between Marvel or Star Wars has been the main issue, and they've remained his only tough choice when choosing one for school. That's what he worries about and I get the comfort of not worrying about whether they are bulletproof or not."

On another level and in terms of social interactions in Turkey, Jason touches on a significant point regarding bringing up young children in Turkey. In reference to the simple experience of going to a restaurant and having to put up with a child getting into a tantrum, in the U.S., compared to Turkey, Jason admits that patrons at a restaurant in the former – himself included, he admits in the past – would get annoyed. Jason says "My perception changed because I moved to Istanbul where adults seem to understand and accept that kids are kids and they are fussy sometimes. Raising my sometimes fussy kid in Istanbul hasn't prevented me from enjoying a night out at a restaurant at all. The first time my 1 year old got fussy at a restaurant, I was mortified. That is, until the waiters and the people at the nearby tables all joined in to try to cheer him up and make him more comfortable, all the while extending the kindness of alleviating the pressure on me and my wife as young parents. The waiters actually carried him around the restaurant to calm him down and to give my wife and me a moment of peace while we ate our dinner."

"The problem with kids in restaurants is not the kids or the parents – nor whether a child is 'properly socialized'" – Jason explains: "The problem is a society that shames normal human behavior, be it from a parent or child," adding, "I wish Americans embraced the presence of kids as much as the Turks do." Years ago, Jason also posted a video of his son's walk to school as a toddler, in which he is greeted by the local vendors and treated to hugs and high-fives, in just one example of an ordinary existence for a young child in Turkey. The video became quite the hit, with 15,000 views.

British expat and author of the blog "Back to Bodrum," Annie Onursan, a contributor to the recently released anthology "Expat Sofra: Culinary Tales of Foreign Women in Turkey," touches on another important issue for expats in Turkey when explaining why she returned to the country in 2012, 30 years after first discovering the Bodrum region: "Apart from the obvious, better weather than the U.K. and good food in Turkey; as I get older, I appreciate the health service here. I can choose a consultant, be seen within days and get test results almost immediately," which is something most Turks who haven't experienced health care abroad may indeed take for granted.

In terms of the social dimensions, the ever-eloquent Australian sociologist and author Lisa Morrow, another expat who had left her life in Turkey after moving here in 2000, and recently returned from a spell of a few years in Portugal, may have summed it up best: "Our life [in Turkey] was full of fun, going out to dinners and parties, taking walks by the sea and holidays on the coast. There was something to do almost every day of the week." However, when her apartment block underwent reconstruction as part of the city's Urban Redevelopment Program, for the interim, Lisa and her husband decided to move to Lisbon, Portugal to see if it would suit them. "Long story short, it didn't," Lisa said: "I missed Turkey, my friends and my life here so much it was like a physical ache," she shared adding that, "even though Istanbul is huge, people are far more connected to one another than they are in Europe. Stop someone in Istanbul and ask for directions and they'll often walk you part of the way. Board a bus carrying bags of shopping and someone will hold one for you. Younger people and even older men still give up their seats for other passengers and working out how to seat couples together or women with children has everyone talking to each other. Walk into a bakery and chances are you'll be given a pastry to try and if you're short a few kuruş be told to pay next time. Even starting out, when I didn't speak much Turkish, I always felt accepted and included in Turkish society," said Lisa emphasizing: "There has always been a level of humanity here that is missing in other countries."

Lisa also related that she had never felt so lonely as she had once she moved to Lisbon, a feeling that she said lifted as soon as they decided to return to Istanbul, which she did for good last month. And so I say, "Welcome back" to Lisa, who also just happens to be the author of the immensely informative blog, Inside Out in Istanbul, is featured in the "Expat Sofra" anthology and is the author of a number of books on Turkey, namely "Inside Out in Istanbul," "Exploring Turkish Landscapes" and "Waiting for the Tulips to Bloom."
RELATED TOPICS