Off the reel: Unique film screenings for expats 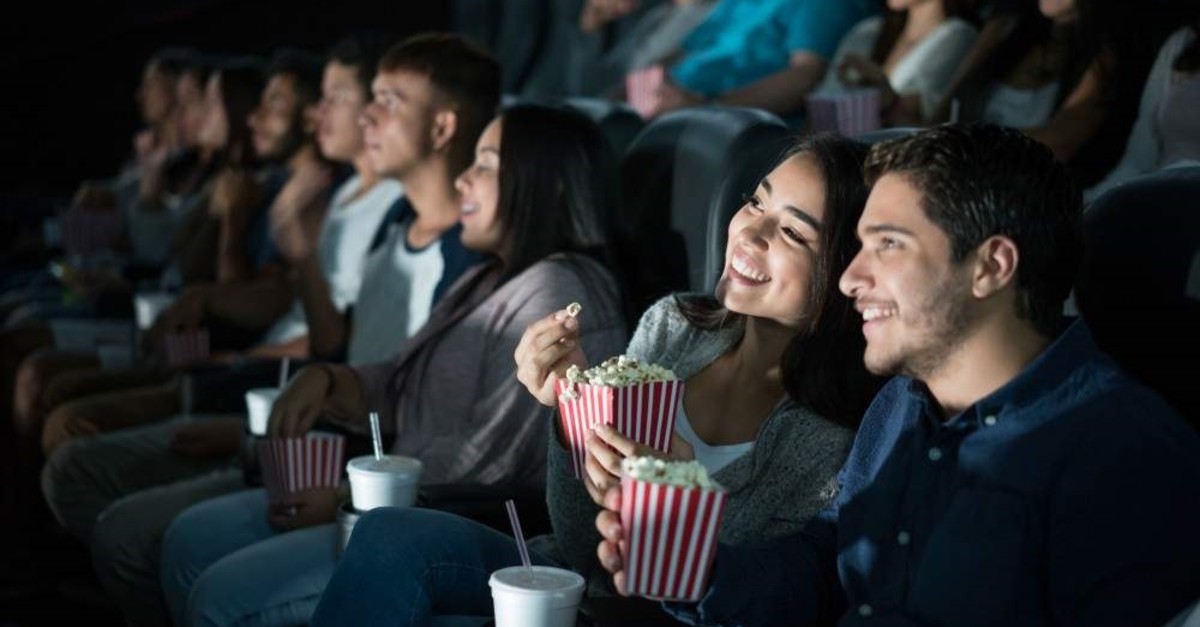 From super-exclusive screenings to films free for all, January has a lot to offer for expats in Istanbul. (iStock Photo)
by Leyla Yvonne Ergil Jan 06, 2020 4:27 pm

Looking for a different cinematic experience in Istanbul? Whether you're new in town or have been here for years, you'll be sure to find something right up your alley this month

With winter in full force and the start of the new year, there is nothing more comforting and inspiring than watching cinematic works on the big screen. Check out these interesting film showings that are off the beaten path – some of which are being shown in historical theaters in the city and others that were shot by expats.

Tasty Cinema is a new wave cinematic experience in which the purveyors provide the audience with a specially curated tasting menu of snacks and drinks to be consumed in a particular order as a specially selected classic film is screened. On Thursday, Jan. 9, Tasty Cinema will be kicking off the new year with a brand new tasting menu to be distributed to the audience while watching the 1968 Peter Sellers classic "The Party," a light, comical and entertaining blast to a party of the past that takes place in a chic home with movie industry-type guests in the roaring '60s. The screening will take place at 7 p.m. at the Grand Pera Theater, which is located in the historical Cercle d'Orient building off İstiklal Avenue in Beyoğlu. The way the system goes is, upon entry, members of the audience are given trays containing packets of food and libations that are numbered. As the film unrolls, a number appears on the screen as directions to consume the correlating package at that time; thus, the snacks provided become part of the entire cinematic experience. Following the screening, there will be a reception in which members of the audience will get the opportunity to mingle with and meet the organizers and chefs behind this new hip concept. Tickets for this exclusive screening are TL 250 and available on Biletino.

Başka Sinema, which as the name suggests offers alternative film screenings at theaters all over the city, will be premiering the first two episodes of "The New Pope" on Friday, Jan. 10, at Kadıköy Sinemasi starting at 9 p.m. The highly anticipated drama television series, which is the continuation of the 2016 series "The Young Pope," features Jude Law and John Malkovich.

The multicultural youth volunteer community dedicated to social impact for the disadvantaged, Istanbul&I, will be screening two very unique documentary films this month. On Sunday, Jan. 12, at 5 p.m., there will be a screening of the 35-minute documentary "Mithat's Dream," which tells the story of Mithat, a young dervish from Konya, which was filmed by a Bangladesh filmmaker who also narrates the story in which he travels to Konya seeking knowledge on the great poet Rumi and meets Sufi scholars.

On Friday, Jan. 17, Istanbul&I will be showcasing the short film "Zahi" made by members of the organization itself about a young Syrian refugee suffering from a rare skin condition called vitiligo. This 10-minute film follows the bullying he endures and learns to respond to and features a cast of Qnuysho refugee children. After the screening, which will take place at 7 p.m., there will be a discussion with the crew about the impact and potential of the film and what future projects may be in store. Both screenings will take place at the Istanbul&I center in Karaköy.

Swing Istanbul, which is Turkey's longest-standing swing dance studio and a community of swing, jazz and Lindy Hop dancers, will be teaming up with Fil'm Hafızası, an organization that puts on special screenings and events for film-lovers, to host a very special evening titled "Keşfetmenin Keyfi," which translates into "The Joy of Discovery." The screening will take place at The Game for Big Kids, an adult digital entertainment center located in the bottom-level of The Point Hotel in Balmumcu. What this special evening's events entail is a screening of five short award-filming films focusing on dance and music, most of which were released this year and hail from countries such as the U.S., Australia, the U.K. and even Trinidad and Tobago. Following the screening, which will begin at 8 p.m. on Wednesday, Jan. 15, there will also be the opportunity for participants to not only witness a dance performance by Swing Istanbul but to also ask any questions they may have about joining the city's lively dance community. There will also be a movie "Soundtrack Quiz" and, following the event, participants will be allowed to play in The Game's digital playgrounds free of charge. Tickets, which are limited at 100 for this event, are available on Biletix for approximately TL 40 for general admission and TL 30 for students.

On Monday, Jan. 27, the hour-long documentary released last September on riding bicycles in Istanbul from a female perspective, "Benim Bisiklet, Benim Şehrim," which translates to "My Bicycle, My City," will be screened at the Moda Sahnesi Theater in Kadıköy. This free event, which will take place in Turkish, begins at 8:30 p.m. with a greeting and networking sessions followed by the documentary screening from 9 p.m. to 10 p.m. After the screening, there will be a talk with members of the film crew.