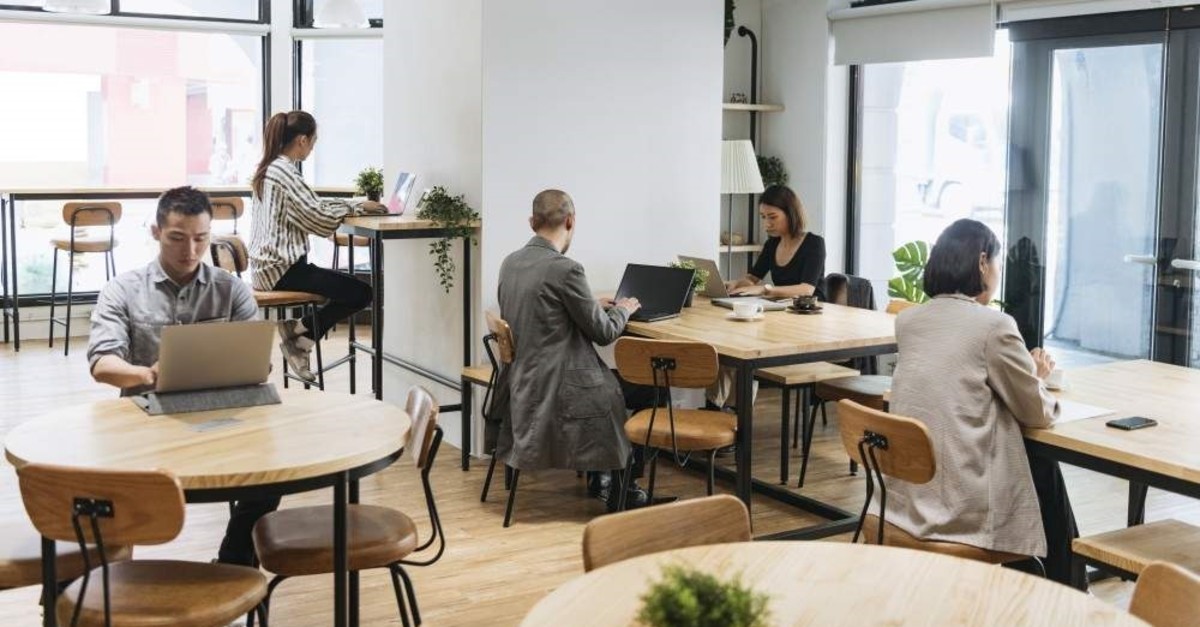 In this era in which working from home and as a digital nomad is seeing a boom, sharing office space, aka coworking offices, offer a great opportunity as both an effective working space and as a great way to be social in an increasingly reclusive world.

Luckily, Istanbul just happens to have a number of stellar coworking offices that double as creative platforms and event spaces, making them so much more than just a place to work but also offering valuable opportunities to socialize and maybe even make new friends and colleagues.

Kolektif House undeniably offers the most expansive and happening coworking community and network in Istanbul, having been one of the first to pioneer the idea of establishing an environment of shared offices and creativity platforms through social events and now operating four dynamic venues throughout the city. Going into its fifth year, Kolektif House started with its flagship located in the 4. Levent Sanayi industrial zone and has since branched out into Şişhane, Levent and most recently, Ataşehir. Each venue showcases meticulous designs such as exposed brick walls and industrial-chic elements complimented by plants and many offer additional amenities, such as massage, lounge areas, meditation rooms and yoga classes, and they also host a number of event series such as their Monday breakfasts and Kolektif Jammin improvisational music nights to after-work get-togethers, storytelling, stand-up and film screening nights and regular talks and seminars spanning a variety of personal and professional development topics.

ATÖLYE is located in the impressive bomontiada. Bomontiada is a space that was once a historical beer factory named after the neighborhood of Bomonti in Sisli and has since been transformed into a new-age entertainment complex with restaurants such as the Populist and arguably the city's best live music venue, Babylon. ATÖLYE is a coworking space and innovation platform that also hosts a number of event series, such as the monthly Expat Spotlight held in collaboration with Yabangee and their CreativeMorning talk series and many others focusing on entrepreneurship, technology and design. Featuring spacious coworking areas and modular CNVS brand furniture catered to their design, ATÖLYE also has a prototyping lab equipped with a full range of prototyping tools, such as 3D printers, laser cutters and even virtual reality and also offers workshops on all of these digital and physical technologies.

Impact Hub Istanbul is part of a global network for coworking and startup entrepreneurs with over 80 locations all over the world as well as in Istanbul's industrial zone, the 4. Levent Sanayi Mahallesi. However, Impact Hub has transformed the four-level building it is housed in into a working wonderland. An industrial design complemented by wooden furniture and features and lots of plants, there are permanent desks, conference rooms and social areas that have been made into event rooms for the various seminars and presentations they host, such as their "Farkında Mısın?" awareness series, intern pitching nights and Foodback talks as well as even an Impact Mezat auction for precious items. What is truly great about Impact Hub is that not only do they offer a variety of flexible and reasonable community membership options such as renting a private desk or office, they also offer packages of 10, 50 and 100 hours a month or unlimited, but members are also allowed to use Impact Hub's offices worldwide for a limited time.

Dam in the heart of İstiklal

Dam, aka Damdayız, is a lively, hip and eclectic coworking, arts and events space located in the Galatasaray neighborhood of Beyoğlu that regularly hosts a variety of workshops, seminars and theatrical and musical performances. Stylish and slightly gothic-chic due to the black features and antiques spread throughout, in addition to ample and comfortable coworking and lounging areas, there are a few serviced offices and meeting rooms and membership options start from just four hours a month to becoming a "Free Cat" with unlimited use of the common spaces.

Joint Idea was co-founded by an expat

Co-founded by a Finnish-Canadian expat in a villa along the sea in Arnavutkoy, Joint Idea has since ventured out to include a number of venues including a huge space on the Kanyon Shopping Center terrace. More geared toward hosting events and renting out inspiring and beautifully decorated spaces in which to do so, there are also coworking desks and offices available to rent. The draw here is the vast range of activities on offer, just this month spanning from relationship therapy by Vivi Soryano and an acting seminar by Meltem Cumbul to talks on topics such as agile leadership, mindfulness, centeredness and reclaiming yourself. The philosophy is based on and incorporates their "Life Works Labs," which encompasses collaborative efforts to explore the concept of humanity in work.

Undeniably the biggest coworking chain in Turkey, Workinton has 12 locations in Istanbul alone and has also branched the coworking concept out to cities in Turkey such as Ankara, Izmir and Bursa. Each space is decorated differently; however, a distinct emphasis is placed on professionalism and comfort at Workinton venues, each of which is a serious coworking venture in its own right where you can rent a space starting at just an hour and the sky is the limit. Some of their locations are in high-rises, while some are in their own characteristic spaces, but each guarantee and a productive working environment and locations in Istanbul include Galata, Maçka, Levent and Maslak on the European side and Buyaka, Ataşehir, Kozyatağı and even at Sabiha Gökçen Airport.

Kamara is another coworking and office rental spot that has branched out into seven different locations throughout the city with offices in Beyoglu, Sisli and Levent on the European side and in Kadikoy, Bostanci and Altunizade on the Asian side, to name just a few. Their venues are smaller and each is unique; thus, they offer more personalized coworking and office rental options rather than a more social environment. However, their Levent venue is housed next to Google Turkey, so one of the biggest digital organizations ever could very well be your neighbor.

Workhaus has the strongest work ethic

Located in the Nurol Plaza in Maslak, Workhaus is known for being a no-messing around workspace, with a sleek business design and caters strictly to getting the job done, albeit in a refreshing and conducive environment, which may not be the most social of options but may very well serve as a preference for some.

Habita is also housed in the city's industrial zone, the Sanayi Mahallesi in 4. Levent, and makes up for being slightly out of town by offering ample coworking space with comfortable yet simplistic working desks that can be rented in fixed or flexible options.

Located in Beşiktaş, one of the most popular and central locations in Istanbul, Daire Coworking is a newer and smaller addition than its counterparts but makes up for it with its coziness, character and colorful location.