Food, fun and culture: Expat events in Istanbul this February 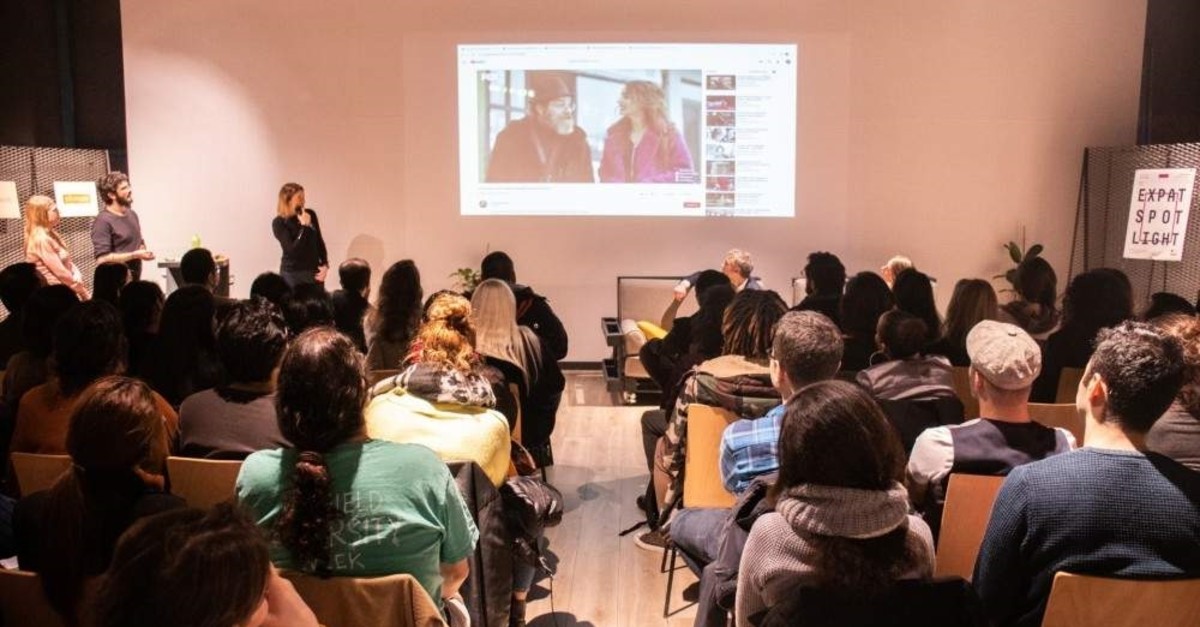 Besides your usual pop-up dinners and improv nights, this February offers expats some unique entertainment, including an anti-Valentine party and lessons in a southern Chinese style of kung fu

Istanbul's active expat community continues to host a variety of entertaining, informational and captivating events that will get you out there and socializing with other fellow foreigners. Whether it be attending a seminar, catching a comedy show or enjoying a gourmet feast, there is something to tickle everyone's fancy this February.

The Istanbul Comedy Club is one of the city's newest ventures by expats and offers a stage for performing arts shows in English or otherwise. The venue is situated on the top floor of Rasputin Bar in Taksim. On Friday, Jan. 31, "An Evening of Improv" will be performed by the city's very own resident English-language improvisational theater troupe The Clap which also happens to include a number of the expats behind the club's opening. The show starts at 8:30 p.m.

Istanbul&I is a volunteer youth community dedicated to social impact on displaced and disadvantaged communities in Istanbul. The group has hundreds of members from all over the world and regularly hosts a variety of events, such as language clubs, seminars and workshops. Their newest addition is a Wing Tsun Club. Taking place twice a month, Wing Tsun Club, which will offer practical lessons in this southern Chinese style of kung fu, will be led by Wing Tsun expert Abdelhalim and Eskrima, who even founded a school to teach the practice in his native Algeria. The first two sessions of the new Wing Tsun Club, to be held at the Istanbul&I headquarters in Karaköy, will take place on Saturday, Feb. 1 and Friday, Feb. 7 from 7 p.m. to 9 p.m. Participants are advised to wear black jogging pants and white T-shirts during the practice session.

In a very special treat this month, Istanbul&I will be teaming up with Beyond Kitchen and the FoodieBackpacker to host a very special "Pop-Up Dinner for Charity" on Thursday, Feb. 6 at Life Project TR, aka Life Gıda Girişimcilik Merkezi, which is an incubation kitchen for aspiring food entrepreneurs located in Levent's industrial zone, the Sanayi neighborhood. This will be Istanbul&I's first pop-up dinner for charity and will be hosted by Mohammad Alard, a Le Cordon Bleu Istanbul graduate from Syria who has been organizing pop-up dinners in Istanbul through his Beyond Kitchen, and Derya Özyubalı, aka the FoodieBackpacker, who has been traveling all over the world for the past five years preparing over 200 dinners for more than 2,000 guests. Together, they will be preparing a variety of dishes from cuisines all over the globe. The dinner starts at 7 p.m. and seats are limited, but you can reserve your spot on the Facebook event page.

Feb. 8 - Learn how to build a website at Impact Hub

On Saturday, Feb. 8, Istanbul's branch of the global coworking and collaboration space Impact Hub, which is located in the Levent Sanayi neighborhood, will host the organization Re:coded, which will offer a one-day intensive course from 10 a.m. to 5 p.m.on how to build your own website. Re:coded is an organization devoted to teaching technology and entrepreneurship to conflict-affected youth. Pre-registration is required and laptops will be provided to those who need them.

Istanbul&I resumes its "Introduction to Culture" seminar series with an evening devoted to Palestine and its food, culture and history that will take place on Saturday, Feb. 8, starting at 7 p.m. at the Istanbul&I center in Karaköy.

Yabangee is a volunteer-driven website and community that is geared toward giving advice and informing foreigners of happenings in Istanbul and also hosts their own event series that are popular among the expat community. Taking on this lovebirds' holiday with a twist, Yabangee will be organizing an "Anti-Valentine Party" on Friday, Feb. 14 that will take place at Sanat Performance, which is located off Nevizade Street in Beyoğlu.

Feb. 16 - Documentary screening: 'The Sin of Being a Woman'

The editors of the Bosphorus Review of Books – which is Turkey's first English-language online literary magazine that has also been published into an anthology and is yet another expat venture – will be organizing a very special screening of a one-hour documentary released a year ago that tells the story of Nezihe Muhiddin, one of Turkey's earliest known feminists from Turkey's late Ottoman era to the start of the republic. Filmed in Turkish with English subtitles, the screening will begin at 6 p.m. at Cine Majestic in Beyoğlu and will be followed by a Q&A session with the documentary's director Ümran Safter and the magazine's contributor Merve Pehlivan. Tickets will be available at the door.

"Expat Spotlight" is a talk series organized by the Yabangee community that showcases contributions made by expats as guest speakers in a variety of spheres and focuses on a different topic each month. The series is held in conjunction with and at ATÖLYE, which is a coworking and innovation platform located at Yapı Kredi bomontiada. This month's "Expat Spotlight," which will be the 28th edition, will take place on Wednesday, Feb. 19 on the theme of "Intercultural Dialogue" The event takes place in English and starts at 7:30 p.m. with doors opening at 7 p.m. Attendance is free, and refreshments will be served.

Standup Turkey is a monthly English-language stand-up comedy event series that features up-and-coming comedians from all over the world. This month, in addition to taking the show on the road to Ankara, where they will perform on Friday, Feb. 21 at Route Pub, Standup Turkey will be performing at the BKM Mutfak Çarşı in Beşiktaş on Friday, Feb. 28 from 8 p.m. to 10 p.m. Doors open at 7:30 p.m., and tickets are available on Biletix or at the door.

Pop-Up Dinners Istanbul will be hosting a special dinner in honor of this year being a leap year with 29 days in February. Run by Kay, a Dutch-Singaporean expat and former restaurateur, from her home in Cihangir, Pop-Up Dinners Istanbul is a popular event series among the expat community, offering shared tables, socializing and a wonderful opportunity to dine on unique gourmet fare you would be hard-pressed to find elsewhere. The menu for this month's event includes a cream of salt fish soup, cauliflower two ways on a cashew nut puree, bon filet steak with a stilton sauce, fondant potatoes and assorted veggies with a spiked tart for dessert. Sign up for the event, which will take place Saturday, Feb. 29 at 8:30 p.m., on the Facebook event page to secure a spot.