How to buy a car as a foreigner 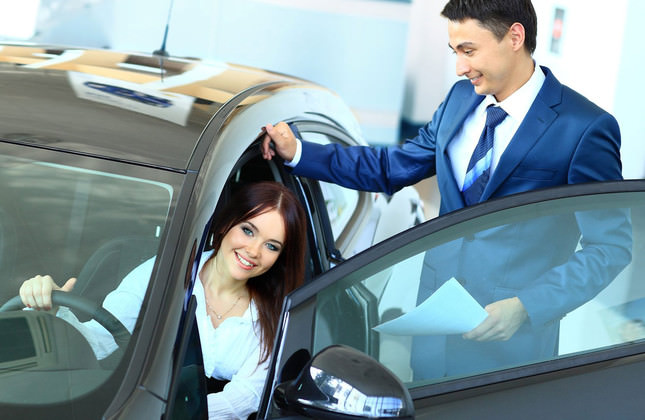 A valid residence permit is needed for a foreign national to purchase an automobile in Turkey. However, there are other details that one needs to know in order to drive his or her own car in Turkey

I recently had the opportunity to venture into buying a car as a foreigner in Turkey. Foreigners are able to purchase new and used cars in Turkey as long as they have a valid residence permit. In addition, foreigners who have work permits, are studying in Turkey or are foreign pensioners who retire in Turkey, as well as foreign press members and diplomats have the added advantage of being eligible to purchase duty-free cars, whether second-hand from another non-Turkish citizen or new from a dealership.

When I first arrived in Turkey, I purchased a tax-free 1992 Mitsubishi Pajero from an Italian diplomat at a great steal of 1,500 euros. However, what seemed like a great deal at the time eventually became a heavy burden to bear.

Although the tax exclusion allows foreigners to purchase vehicles without paying the value added tax (VAT) and private consumption tax, they are subject to an annual TL 350 fee or a biannual fee of TL 575 for harboring the vehicle in the country. There is also a deposit calculated according to the model and engine size of the vehicle (in my case TL 6,000) that is kept by the Touring and Automobile Club of Turkey (Türkiye Turing ve Otomobil Kulübü) and is returned to the vehicle owner once the car is sold, taken out of the country or handed over. In addition, qualified foreigners as well as their first-degree relatives are the only drivers that can operate these vehicles, which comes with an excruciatingly hefty fine for violations involving a third party driver. With all this in mind, coupled with a pricey repair job needed for my duty-free car, I figured this was a better time than ever to switch to a reliable secondhand car that would not be subject to such limitations.

When buying a used car from a Turk in Turkey, the process is much simpler, and any foreigner with a valid residential permit is eligible. In either case, foreigners are still required to obtain license plates starting with the provincial code of their place of residence followed by a two-letter code starting with the letter 'M,' which is done at the district police traffic department, in Gayrettepe in my case, within a month of the sale transaction.

The website sahibinden.com offers excellent search options, and since I had a tight budget, I knew I wanted to purchase a vehicle from the owner directly and not from a dealership that tends to mark-up vehicles bought from car owners at second hand auto fairs held in spots throughout the city on Sundays. In addition to filtering the search according to my own preferred specifications, I also conducted a search on the vehicle's history by using the Otokontrol 5664 service offered by the Insurance Information Center (SBM). By sending a text message containing the vehicle's license plate number to 5664, car seekers are able to find out whether the vehicle has suffered any accidents. Within minutes, a response message is sent to your phone that lists the dates and cost of each accident reported on the vehicle.

Once I determined a favorite, I sent a trusted Turkish friend, knowledgeable on car mechanics, to do the legwork. Meanwhile, I got to work on calling insurance companies to get the best quote for the policy I planned to take out immediately after the deed was in my name. I met my friend and the car owner at the notary office, where the transaction was surprisingly simple. All I needed was my residence permit and passport. After a few signatures and stamps, the sale was complete. I thanked the previous owner and got in the passenger seat from where I proceeded to call my insurer to issue a policy so my friend and I could safely and securely take my "new" car home.

All of a sudden, the previous owner, who is unlicensed (the precise reason he said he was selling the car in the first place) jumped in the front seat and started up the car. My friend hustled into the backseat, and suddenly the car was rolling into the traffic-packed streets of Istanbul at rush hour. As I tried to clear the knot in my throat, I timidly asked what was happening. I was told that the previous car owner would be driving home to take his former car on a final drive.

I had two choices at this point, I could either make a huge scene, insisting that the driver pull over immediately, or I could try to maintain decorum. My friend gestured for me to remain calm, and I figured taking an adamant stance at that point would only create further chaos, as we continued to inch our way through busy junctions with horns blaring from all sides. I tried to take what I thought would be the Turkish stance of remaining gracious and allowing the man I had just bought my car from to enjoy his final joyride. In the end, it all worked out fine, and by keeping silent, I learned the lesson that one can still face an unexpected twist in the road no matter how much planning and forethought is put into something, but what matters is embracing deviations with grace. Sometimes in Turkey, one has to throw caution to the wind for the sake of maintaining sentimental integrity, which is a driving force for the Turks, and I feel that most times in this case, being flexible and gracious can be the best path to take.