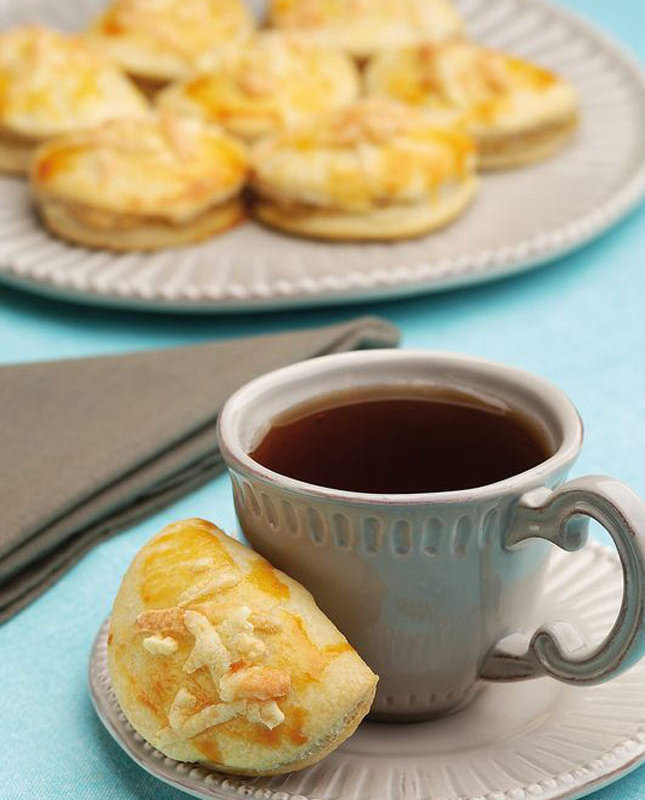 by Leyla Yvonne Ergil Mar 17, 2014 12:00 am
Turks are undoubtedly known best for their hospitality and friendly nature. However, for foreigners residing in Turkey and attempting to abide by the established social standards, this warm hospitality can be a double-edged sword. Sometimes gestures made with the best intentions can be misread by non-Turks, eliciting a response that can cause irreparable damage in this culture, which places such a high consideration on interpersonal relations coupled with an innate ability to remember people and exchanges they have had over the years.

For example, here in Turkey, it is perfectly acceptable for an acquaintance or a neighbor to spontaneously knock on one's door with some sort of dish of delights to offer the latter being under the pretense that the aroma of the dish being prepared may have wafted through their door.

Although it is indubitably a generous gesture for a neighbor to come round with a treat, this custom also comes with the obligatory reciprocal invitation for a pot of tea. In addition, there is also the tradition of the recipient filling the plate on which the original dish was offered with something new at a later date that would then be reciprocated with an invitation to tea, and hence, the never-ending circle would continue.

In essence, this is a praiseworthy tradition establishing warm neighborly ties, which prove essential to ensuring a peaceful existence in Turkey. Yet, there is another dimension to this spontaneous popover conundrum. I can't help but feel it is presumptuous to knock unannounced on someone's door without calling first, never mind just assuming that they would have the time or intention to suddenly host an uninvited guest.

I once made the grave mistake of refusing a bowl of "asure" from an elderly woman in the neighborhood. Knowing I was not going to partake in the dessert, I thought it would be kindest to ensure her efforts did not go to waste and told her that I wasn't fond of sweets. As she instantly backed away with a look of horror, I came to the immediate realization I had made a grave mistake by declining her offer. She has barely said hello to me since.

I now always accept any dish offered for fear of offending; however, I am unable to say the same when it comes to inviting a surprise guest in for tea. Although it feels like I am committing a sacrilege, there have been times where I have had to explain that I am in the middle of a project and working on a deadline and unable to take a tea break. I wish I could be more gracious in my response to these popover visits, because although having a spontaneous tea feels like a burden at the time, I often spend the rest of my day regretting having sent off a visitor and replay their look of disappointment as I did so. Meanwhile, the plates I need to fill and return to their rightful owners continue to pile up.

I have also experienced a slight contradiction in practice to the generalization that Turks are friendly. Once after enjoying a laughter-filled meal with a neighboring family, I ran into the father the following day on a stroll with my dog. As I walked towards him with a big smile, to my shock he looked away. My greeting unreciprocated, I wondered what I might have done between the night prior and that morning to solicit such a cold reception.

I was even more surprised when he showed up with his wife that evening for a popover visit of the aforementioned kind and was once again the warm and friendly person I had met with before. When I jokingly broached the matter, he told me that not saying hello to members of the opposite gender with their spouses absent was a sign of the utmost respect.

Suddenly it all made sense, I had just assumed that it was because I was a "yabancı" (the Turkish word for "foreigner," which also translates to "stranger"), that sometimes my presence went unacknowledged by people considered acquaintances, when in fact it was a gender-based act of respect.

Now that I know the drill, it has become a ubiquitous gesture I have come to appreciate. I once went to a Besiktas game, and when the home team scored, everyone around me embraced one another, jumping up and down in celebration, and I was the only one left standing. Instead of wondering why I was left out of the celebrations, I knew it was a conscious effort of my fellow football fans looking out for me because I was a female in a crowded football stadium. Perhaps the best example of this show of respect I experienced as I ventured from the stands to find the restroom. As I began to head down the corridor, I heard people shout "a lady is passing," and suddenly a passageway immediately cleared in front of every step I took, and I couldn't help but feel somewhat like a queen.

What is meant as the politest of gestures in Turkey may not necessarily be considered so in a different context, culture or country. However, if we take the time to understand these customs instead of instinctually responding to them, we may find they are embedded in the traditions that make Turkey the country it is and that we have chosen to call home.