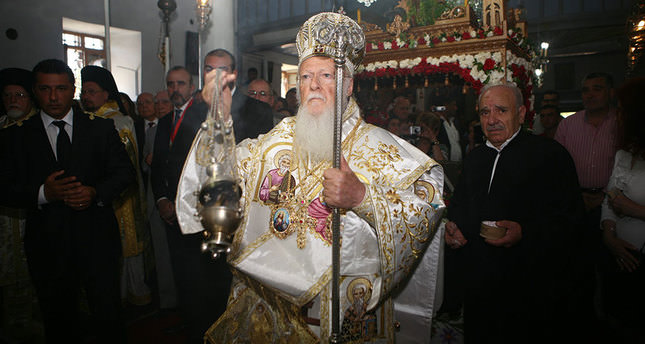 This Sunday, April 20, marks the celebration of Easter, a moveable feast held to commemorate the resurrection of Jesus Christ for Western Christianity and all Eastern Orthodox churches. The very decision on when to celebrate Easter was in fact made in Turkey at the Council of Nicaea.

The First Council of Nicaea was a council of Christian bishops that convened in 325 A.D. in what is now present day Iznik, located in the northwestern Anatolian province of Bursa. It was the first effort to attain consensus in the church through an assembly, which represented all of Christendom.

One of the main accomplishments was establishing the uniform observance of the date of Easter.

Turkey's significance for the Christian religion is undeniable: After all, even the Seven Churches of Revelation are located in Turkey, which also houses two out of the five Patriarchates in Istanbul and Antakya.

Once known as Antioch, Antakya, located in the southern province of Hatay, was also the first place in history where the followers of Jesus were referred to as "Christians."

It should come as no surprise then that Turkey also hosts a number of unique festivities correlated to this holiest of weekends, such as the Baklahorani Festival, a 500-year-old tradition celebrated annually in Istanbul by the local Greek Orthodox community on Shrove Monday, the last Monday before Lent, which is the solemn six-week observance prior to this Sunday's Easter feast. Celebrated on March 3 this year, this unique festival has experienced a revival over the past five years after being banned in the mid 1940s. The ceremony is a masked parade that marches to the accompaniment of music and dances from Istanbul's Pera neighborhood to the Kurtuluş district.

Although local Greeks lead the colorful and joyous parade, it is open to everyone, and many Turks take this opportunity to bask in their country's wonderful diversity of cultures and religions.

Yet another unique celebration in Turkey is the pilgrimage to Büyükada's Church of St. George, held annually on April 23 for St. George's Day. Every year, thousands embark on a pilgrimage, climbing an over 200-meter ascent to the Greek Orthodox monastery of Hagia Yorgi.

Along the trek, pilgrims, a majority of whom are Muslim Turks, purchase and symbolically place talismans and colored strings in hope of success, love and health along their route. 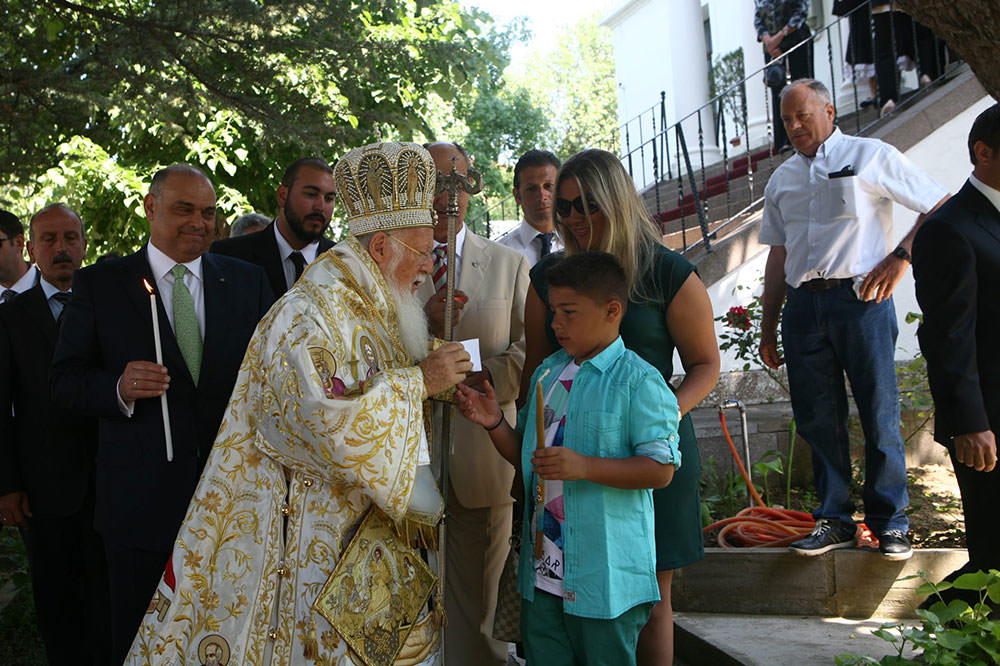 With Turkey's wide variety of minority cultures, this Easter Sunday might be an opportune occasion to celebrate this holiest of holidays in one of the many sacred sites throughout the country, as well as in Istanbul; after all it was here where Constantine moved the Roman capital in the fourth century, transforming what was once Constantinople into the center of the Eastern Christian Church. The Ecumenical Patriarchate, considered to be the holiest center of the Orthodox Christian Church throughout the world, which is located in Istanbul's Fener district, will be holding vigils on Saturday evening at 23:00 as well as on Sunday morning at 10:00 to be presided over by Patriarch Bartholomew.

The Hagia Triada (Holy Trinity Church), which was erected in Beyoğlu in 1880, is considered to be the largest Greek Orthodox shrine in Istanbul today and will be holding Easter services in Greek on Saturday evening at 23:00 as well as on Sunday morning at 9:00. Also in the popular Beyoğlu district, the Catholic Saint Antoine Church, Istanbul's largest Catholic Church, will be holding masses at 21:00 on Saturday as well as on Sunday morning at 10:00 (in English), 10:30 (in Polish), 11:30 (in Italian) and at 19:00 (in Turkish). Amongst the numerous other options in the city for church masses on this sacred Sunday are the Armenian Church Surp Hreşdağabet in Balat and the Istanbul Presbyterian Church All Saints in Moda, which will also be having services on Sunday. Antakya (once known as Antioch) in the southern province of Hatay rivals Istanbul for being the main center of Christianity in Turkey and is considered to be the second most important place in the world for Christians after Jerusalem.

Antakya houses the Church of St. Peter, which is carved in a cave on Mount Starius and is said to be one of the oldest churches in the history of Christianity. On Sunday at 5:30, this church, otherwise known as the Church of Antioch, which was founded by the apostles Peter and Paul, will be holding a dawn service to usher in Easter. In the southeastern province of Mardın, Turkey's Syriac Christian communities will be joining for a mass at the sixth-century Kırklar Church on Sunday morning with prayers read aloud in Turkish, Arabic and Aramaic.

Mardin, which is a unique city situated on the top of a hill with buildings of sand-colored stone also houses Mor Gabriel, which is the oldest surviving Syriac Orthodox monastery.