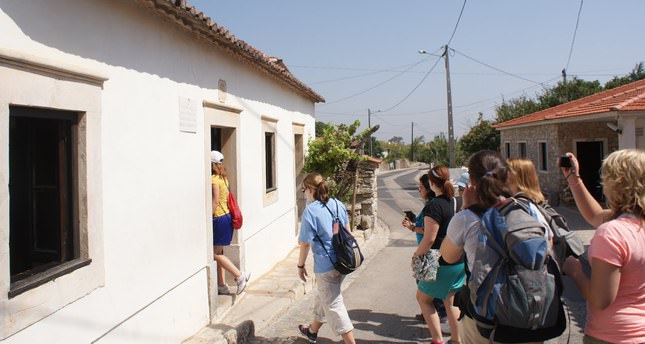 by Leyla Yvonne Ergil
Apr 26, 2014 12:00 am
As you may or may not know, on April 14, the Turkish Interior Ministry's new General Directorate of Migration Management (GDMM) officially commenced operations in what will eventually transform the entire residential permit application process for foreigners living in Turkey. In the meantime, however, uncertainty reigns as applications are being put on hold while district police departments' foreigners' offices await new mandates during a transition period.

The GDMM is now the body officially in charge of all aspects of migration management, including residence permits, visa policies, asylum requests and illegal migration.

All applications will be processed by GDMM centers rather than by district police departments, while passport control and border crossings will remain under the purview of the security department.

This transition is still in the works however, as the soon-to-be-operating GDMM offices have not yet been fully established, leading to bureaucratic uncertainty and confusion for those trying to wrap their heads around what the new system requires.

While some police departments' foreigners' offices are still accepting applications that they are then forwarding to Ankara, others are not even accepting applications at present, with all processing put on hold. When inquiring about the new regulations and what would happen to those who need to renew their residence permits during this time, I was assured that police are taking a list of names of applicants, who will be excused for filing requests late during the transition period.

Although the new measures are aimed at consolidating residence permit processing and establishing more efficient regulations on migration, the current situation in which the new regulations have yet to be established is nonetheless a time of complete chaos and hesitation for foreigners like myself needing to apply for a residence permit.

I have spent hours this week, literally hours, simply perfecting the art of speed dialing to the never-ending sound of a constant busy tone. I have tried to call both the Ankara and Istanbul information hotlines for residence permit procedures to no avail, the latter is constantly busy and the former just continues to ring. When finally someone did pick up the phone at the main police department in Istanbul, it is suddenly hung up just as the person on the hotline was about to answer my question. I caught a small break there, where the phone actually rang and was answered only to be hung up on three more times as soon as I was about to receive my urgently sought-out answer. The female police officer on the other line apologized and swore she wasn't hanging up the phone on purpose, soliciting a moment of comedic relief, which happens rarely during exchanges over bureaucratic issues, especially over the phone.

I find it quite bizarre that people from such a friendly, helpful and welcoming culture suddenly become harsh, cold, and somewhat unpleasant when they are seated behind a counter in which their assistance is needed most by wavering foreigners trying to wade through the bureaucratic obstacles that seem to constantly surface in Turkey. Even though I speak Turkish, it is still difficult to determine what the correct procedures and rules are, especially when it comes to regulations regarding foreigners.

Not being able to contact crucial departments over the phone is something I have a hard time even comprehending, never mind accepting. If the reasoning is because they are just too busy in the office, then wouldn't the cause of that most likely be due to the fact that the failure to answer the phone means people need to actually physically go to said office to ask even the simplest of questions.

I tried that as well. I paid visits to a number of foreigners' offices. However, I walked out with answers that differed drastically.

The overall message I received however, was that the new process is still being finetuned and official instructions on obtaining residence permits in Turkey should be distributed to local district police departments next week.