The paperwork trail, a unique tour of Turkey 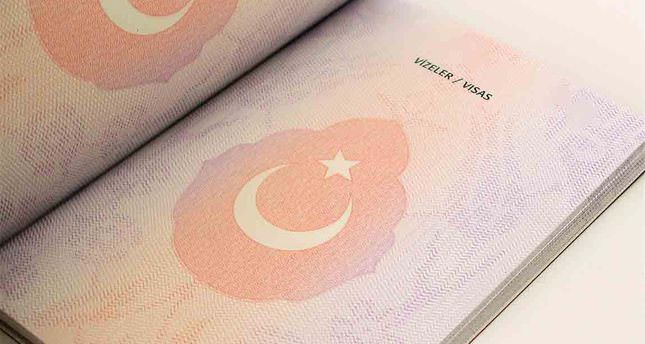 by Leyla Yvonne Ergil May 24, 2014 12:00 am
Paperwork in Turkey is just that, a whole lot of work for a piece of paper. For some reason, there is a fixation on obtaining, translating and verifying documents for any sort of bureaucratic process in Turkey. However, the process in place puts one on a scavenger hunt of sorts throughout the city. I began the process of applying for Turkish citizenship over one year ago. However I am constantly being asked to supply additional documents.

The process involved is mindboggling to me as I cannot recall ever having gone into a police station, government building, notary, consulate or civil registry for any reason whatsoever in my life before Turkey, nor do I remember having to carry around crucial documents, never mind travelling on boats, trains and buses while doing so. Here in Turkey however, I have acquired paperwork, and each page serves as a reminder of all of the various districts and buildings I had to wade through at every stage. Now, with my newest round of documents stamped, signed and sealed, I have chosen to embrace this process as a cultural experience and consider it a very unique tour of Istanbul. There is an elaborate system in place in Turkey for the recognition of documents acquired from abroad.

In order to process foreign documents (such as a birth certificate) they need to have the elusive apostille stamp, which is a form of authentication given to documents from countries party to the Hague Convention. I was told at the Civil Registry Office that this stamp can be obtained from the U.S. Consulate.

To visit the consulate for notarial services requires an appointment, which you are only granted weeks later. When my appointment date finally arrived, I was told that the consulate does not in fact mark documents with an apostille but can issue a certification, which simply states that the document is authentic, all for a hefty price of $50 (TL 104.50) each.

The next step is to have the documents and certification translated and notarized. So, from the fortress-like consulate in İstinye, I crossed continents to rush to the other end of the city to visit my local notary in Moda. The certified translator they recommended quoted an extortionate price of TL 250 for three documents. I stumbled out aghast yet in pursuit of an ATM, only to see a sign for another certified translator and popped in to ask their quote, which was much better at TL 120.

Three days later, when the translations were ready I picked them up and went directly to my local notary only to be told that I had to go to a different notary because I hadn't used their translator's services. I then had to trek back to the translator to ask which notary they work with. Once at the notary, the clerk reviewed the paperwork only to pick out consistently present mistakes.

In one document, instead of translating that my mother was divorced, they wrote that she was a widow, which if not caught could have proven problematic as I am trying to gain citizenship through my father's Turkish nationality and he is very much so alive. Needless to say, as I was chastised by the notary clerk for not checking the translation myself, I learned my lesson to check and double-check everything. I returned to the translator's office for a third time that same day and ended up sitting in front of the computer to make the necessary corrections myself. I then ran through the streets of Kadıköy to reach the notary before closing only to pay a whopping TL 500 fee for the notarization of three documents.

On a side note, it appears that practically all notaries and translation services are located on the third and fourth floors of older Turkish buildings. After an earlier experience of being stuck in one of the smaller elevators in these types of buildings, I always take the stairs. So, please indulge me while I recount going up and down over 20 flights of stairs in a single day. The next step was to take the documents to the Istanbul governorship in Cağaloğlu, located smack dab in the center of the old city. Navigating through this building was the pinnacle of my paperwork tour as it is not often that one would be allowed to wander around without having official business to account for. Originally built by Sultan Osman III in 1756 for the Sadrazam, which was the prime minister in the Ottoman era, the current building was erected by master builder Stefan Kalfa in the 19th century.

The Istanbul governorship was only my second to last stop as then I had to turn in the documents to my lawyer, whose office is in the upscale district of Nişantaşı. I stood among the crowds in Eminönü, contemplating how I was to reach my next destination and low and behold I found myself standing right in front of a yellow dolmuş headed straight for Nişantaşı. Seeing that shared taxi was a moment of elation for me, as once again I was reminded that sometimes this loud, harsh and crowded city can suddenly offer a magical experience, especially when it comes to transportation. I had already taken the Marmaray undersea tunnel, the metro, buses and ferries and once again there was a different yet direct and comfortable option to get where I needed to go. I was on a roll too because when I left my lawyer's office in Nişantaşı I stumbled upon yet another yellow dolmuş that was headed directly from Nişantaşı to Kadıköy. I could barely believe my luck, except for the fact that after turning in my paperwork to the lawyer, I was told that further documents had been requested and I would therefore be embarking on the paperwork trail all over again!
Last Update: May 24, 2014 3:07 am
RELATED TOPICS