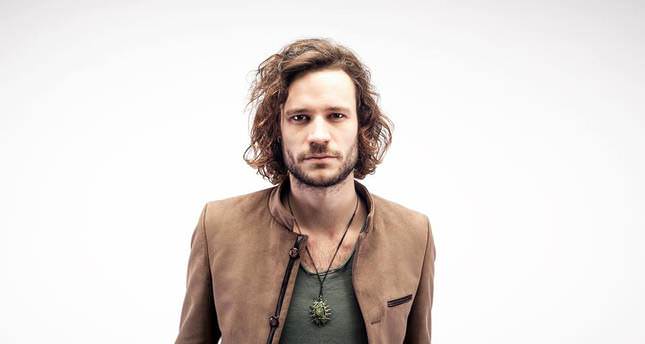 The newly released album Istanbul Dogs 2014-A Compilation showcases some of the best alternative bands in Istanbul's indie music scene. With expats taking up a majority of the album, the compilation offers the perfect opportunity to discover Istanbul's resident foreign musical talents.

Sean Bw Parker, an Istanbullu for the past decade who hails from Britain's Exeter, was the mastermind who compiled Istanbul Dogs 2014, which was released last week on his label Seraglio Point Productions. "There are many fascinating and unique artists operating in Istanbul from all over the world, and local talent too, who don't play the industry game. I wanted to bring them all together, with their best song under one umbrella, and let people hear it," explains Sean, who is a veteran musician in Istanbul himself, with three albums and an EP under his belt, and has played in a number of groups, the latest of which was Scorpio Rising. Sean, who in addition to being a singer, songwriter and musician is also a writer and English teacher, says his music has been described as 'art rock'. Check out his contribution to the album, the psychedelic indie rock opera Bananafingers and hear him play with his new band Arch Ink in Taksim at Tivoli on June 28 and at Nina on July 4th.

UK native Gabriel EA Clark and Australian beauty Lisa Miller are Chorni, an eclectic mix of acoustic, electronic, classical and vocal sounds, including cello, guitar and organ loops. Rather than join the gig circuit, Chorni seeks to collaborate with visual artists to perform in arts venues. Check them out at chorniband.wordpress.com.

Allen Hulsey, who describes his style of music as 'industrial soul' is a singer, songwriter and guitarist from New York who moved to Istanbul a year and a half ago. Allen has risen to the challenge of including Turkish cover songs in his repertoire as well as even writing a few originals of his own he rocks out in the language. You can catch him performing at Louis in Karaköy on Thursdays, at Ağaç Ev in Taksim with a blues set on Tuesdays and at Xuma Beach in Bodrum on weekends this summer.

Aussie-Turk Aysu Çögür has already built up a legacy in the Istanbul music scene for her fusion of mystical vocal loops with jazz, funk and Latin rhythms and is rightly loved for her multi-language vocal stylings. While New Zealander Dylan Ware is an acoustic folk-rock guitar singer-songwriter, whose song 'Nothing' was inspired by a composite of various girls he has met in Turkey over the last decade. Dylan is more focused on composing rather than performing and is currently recording his third album in Istanbul. You can check out the softly sung poetic lyrics from this reclusive artist on ReverbNation.

Douglas Vegas is a Canadian multi-instrumentalist who has lived in Istanbul for 15 years, teaches English at a university and plays with the popular Turkish psychedelic rock group Dinar Bandosu, which will be at Peyote in Taksim on July 5. While Martin Nadin, a casting director by day and a singer, songwriter and front man at night from Sheffield is joined by two Turks to form Menace, a mix of energetic grunge and an alternative melodic medley of sounds.

Spent-Ex are a multicultural band with members from the UK, the US and Turkey that blends post-punk and Brit pop. Vocalist Joe Welch, who was raised on the Chicago punk scene of the 80s and 90s, is now in his 40's fulfilling his dream of fronting a punk band. Washington DC native guitarist Andy La Raia says his favorite thing about playing in Istanbul is when a crowd who has never heard them before begins to come alive and groove to what they are playing, "That's just an amazing feeling," he says. Both Andy and bass guitarist Jake Becker say that one of the biggest challenges in playing live in Turkey is being scheduled so late. Instead of going on stage at a reasonable hour such as 9pm, bands can be scheduled to appear as late as 1 am, which they say makes it harder to get a good crowd. Jake suggests that promoters book a few local bands as openers for big touring acts in larger venues to ensure the creativity in this city gets its due audience.

The album also has two songs by Canadian artists who have since returned to their homeland after dipping their feet into the music scene in Istanbul. Folk singer and songwriter Canadian Stephen Black Schwartz shared his unique vocal stylings with the song Party, which was recorded during his stint in Istanbul from 2003 to 2010. Schwartz admits he wrote a lot during that time, more so than he has since he moved back. John Goodrich says his song 'Livin' in the 'Bul' pretty much describes his experience as an expat in Istanbul. "The song is about purgatory- that in-between feeling of belonging in neither my home nor host country. It's about loss, letting go, and moving on into an uncertain future," John explains, adding that he always felt like a foreigner in Istanbul, which gave him a sense of displacement and alienation.

The album also includes a number of local Turkish outfits popular in Istanbul's alternative scene such as The Revolters, Bilge Kosebalaban from Direc-t and Saigon Traffic. However, Turkish 'repat' singer, songwriter, composer and vocalist Fulya Özlem stands out for her melodic and vocal blending of Turkish musical elements with other worldly music traditions. Fulya returned to Turkey in 2012 after a three-year stint in Berlin, where she continued to play with her band Kelebek in Spain. Her new album Alba, which has tracks in both Turkish and Spanish and was recorded with Chilean musicians, will be released in October.

Istanbul Dogs-A Compilation is being distributed by Believe Digital, which has recently opened an office in Istanbul. You can hear the album on seragliopointproductions.believeband.com. Indiestanbul has also released a series of documentaries on a number of the groups involved in the project, which you can check out on ReverbNation.