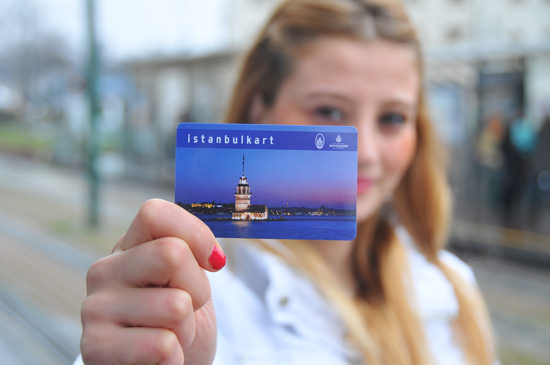 People in every country have their unique daily routines that are often filled with shortcuts and conveniences. If you live in Turkey, there are some things you must know to make life easier, especially if you are an expat in Istanbul

In Turkey, life has a unique way of unfolding; therefore, there are a number of 'tricks of the trade' particular to the Turks that is indispensable knowledge to any expat, especially in Istanbul. The following are some Turkish life hacks – a variety of methods in place in order to more efficiently manage one's time and daily routine in this adopted country of ours, which proves once again that the Turks do it best

1 The Istanbulkart is a magnificent innovation allowing for prepaid travel options on a variety of mass transportation throughout the city including, buses, trams, metros, ferries, motor boats, hydrofoils and even the Marmaray. Prior to the Istanbulkart, which is conveniently the size of a bankcard, the Akbil, electronic tags with colorful keyfobs, was what was commonly used. The Istanbulkart, although nearly mandatory for daily life in Istanbul, has brought about a whole new way of assisting others – a great virtue of the Turks. If you don't happen to have this ultra-useful card, just ask anyone aboard if they will punch theirs for you. Chances are you will get many offers from fellow travelers who then refuse payment in return. Like valiant young men offering up their seats, this is one of those heartwarming gestures that make public transportation worth the ride.

2 One of the most practical applications in operation in Turkey is the "dolmuş," a shared taxi that picks up and drops off passengers on set routes. This system allows you to literally get on and get off wherever you want, all with ease similar to hopping into a running cab. Although the dolmuşes are now mostly shiny yellow eight-seat van, it was not so long ago that classic American cars from the 1950's were converted into these shared cabs where people would climb over one another to get a vacant spot – thereby aptly giving the service the name "dolmuş," which translates to "stuffed." The drivers deserve their own shout-out for efficiency, however, as they all seem to have the inherent capability to accept payments, make change, track who paid and where they plan to get off all while discussing the traffic with fellow drivers through telecom systems and, of course, driving.

3 Have you ever noticed a driver take the long road for a shortcut? This is pretty much the norm here and a method of survival in traffic-riddled Istanbul. However, there are a number of quirks and contradictions in play here, such as veering to the right to make a left or speeding up to let a pedestrian pass behind you. Turkish drivers are misunderstood; they aren't trying to kill you if you're crossing the street, they are simply trying to pass you as fast as possible to give you the right of way – after theirs.

4 Another long road to great enjoyment is the "Kendin Pişir, Kendin Ye" (self-service) phenomenon, which has become ever so popular. In these rustic establishments, mostly situated in some sort of wooded area, barbecues are set up at the table where patrons can come and grill their own selected meat in a restaurant environment. A culinary tip for those in Turkey is that you can also prepare your own toppings for pide or lahmacun that you can take to restaurants that have wood-burning stoves who will then bake your own personalized Turkish pizza for a nominal price. Perhaps one of the best tricks of the trade, however, is buying prepared dough before it is baked at your local baker that you can then take home to shape into any kind of loaf you like or work into the fluffiest and crunchiest pizza dough.

5 Turkish breakfast was once described to me by a visiting U.S. navy seal as being the "ultimate nutritious meal," with its variety of proteins, dairy, carbs, fresh herbs vegetables and fruits. He marveled at how healthy a breakfast including olives and cucumbers was to start the day. He also said he would definitely be putting this practice to play in his own home, and was going to go back and recommend his command to do the same.

6 On the other end, there is the "taharet musluğu" (bidet nozzle), which is one particular innovation that has made many an expat, if not all, a convert: A faucet inside the toilet. How is it that this is not the norm in lavatories in the States or throughout Europe? Nonetheless, it's the best thing since sliced bread. And my mom, a seasoned expat in Bodrum, has helped many fellow foreigners purchase toilets with bidet nozzles they have sent home to their countries of origin – because once you have gotten used to it, there is just no going back.

7 Like the magnificent bidet nozzle, which also saves trees just adding to its making complete sense, have you ever noticed that there are actually a number of recycling mechanisms in place in Turkey? For example, Turkey still has daily milk delivered in glass bottles that you can consume and return for its recycling. In addition, there have always been paper recyclers who go about the city with a tarp-covered trolley picking up any recyclable materials they can salvage. Have you ever heard the call of the "eskici," a second-handle peddler, who winds his cart through the streets? Well, that is actually a junk dealer of sorts who will collect your stuff and pay a minimal fee. This process breathes new life into objects that otherwise would have ended up in a landfill.

8 You may have noticed baskets being lowered down from balconies or windows to street level where someone – and that could be anyone from a local vendor to a neighbor or friend – puts something in it, and then it is reeled up with a simple pulley system. The basket as well as the "makara" (pulley) system is a lifesaver for those living on higher levels, and allows for a simple exchange without having to even open the door. I had my chance to carefully employ one of these systems when I lived in a sixth-floor terrace apartment in Cihangir. My basket proved instrumental to evening boza treats and morning simit breakfasts, as wandering street vendors would place their products in the basket I had lowered with the proper change in it only for me to then reel it up. The Turks have taken the rope and pulley system to a whole new level as evident by the intricate laundry-hanging ropes that cross between buildings in the sky, which are all maneuvered by a reel-in system to efficiently dry laundry. Turks also have an extremely efficient way of using ropes to create an instant cradle for babies between trees that you can see regularly employed at picnics, as babies can be rocking in their own portable cradles within minutes.

9 One of the best perks of living in Turkey is the easy accessibility of coiffeurs and barbershops. In the States, getting a manicure or a haircut are separate and somewhat intermittent affairs, whereas here in Turkey, both coiffures for women and barbers for men have taken on a whole new level of art and ease. Women can have their hair cut and blown out, their nails painted and their makeup done pretty much all at the same time in a whirlwind of pampering at extremely reasonable prices rivaled only by the barber experience for men. At a barber shop you get the full deal, including a haircut, a razor shave, nose hairs trimmed, ear hairs seared, a massage and tea all for a comically inexpensive charge in comparison to Western barbers and salons, as for many Turks this sort of pampering is part of their weekly routine.

10 Turks have many miraculous talents, many of which I am still simply in awe of such as their innate memory and ability to recollect people's names and faces even if years have passed. However, the way to make do and do as the Turks do is to refer to those you communicated with as "abi" for brother and "abla" for sister. Turks take these titles to a whole new level, referring to elders as "amca" or "teyze," which mean uncle and aunt, respectively; however, I stick to the sibling references as I certainly wouldn't want to have anyone relive the shock I did the first time I was called an "aunt."
Last Update: Apr 14, 2015 9:42 pm
RELATED TOPICS