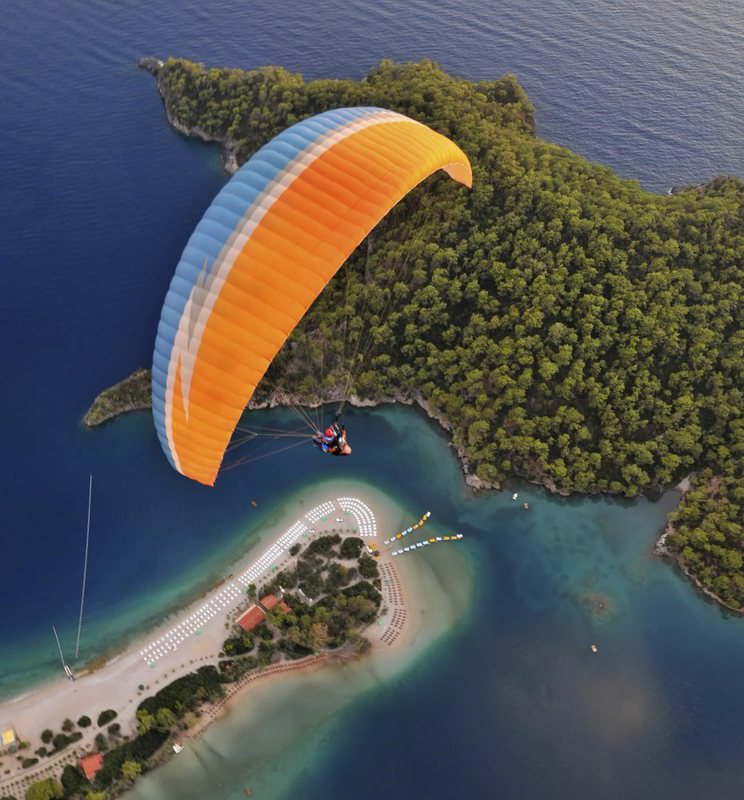 No doubt the sights to see in Turkey are endless, with its vast history, geographical expanse and rich culture. However, there are a number of places and traits particular to this country that make it possible to realize some of your desires and personal challenges in life. So why not do so in this rich and beautiful country

The following is my own personal expat-expertise compiled ultimate bucket list, in no particular order, of the top-10 experiences to have in Turkey before you die.

In Şanlıurfa, referred to as the Prophets' City, or in short, Urfa, lies Göbeklitepe, a very special archeological site of carved Neolithic megaliths standing in a circular array, believed to be the world's first place of worship dating back nearly 12,000 years ago, which could mean the birth of a whole new theory of civilization. First unearthed in 1995 by a German archeological team led by Klaus Schmidt, who died in 2014, it is believed he may very well have uncovered the birth of religion at this very sacred site, which dates back to eighth to 10th millennium B.C. The six-meter-high and up to 20 ton stone pillars are carved with symbols of lions, foxes, scorpions, snakes and vultures and are arranged in a circular pattern, predating Stonehenge by 6,500 years and Sumerian hieroglyphics, traditionally thought to be the invention of writing, by a whopping 8,000 years. There are at least 16 additional ancient megalithic rings to be uncovered and at present only 5 percent of the entire site has been excavated.

Watching the sunrise on Mount Nemrut

This peak, at 2,134 meters in the Anti-Taurus range between Malatya and Adıyaman in southeastern Turkey, is where King Antiochus built huge eight- to nine-meter statues of himself, various Greek, Armenian and Persian gods as well as lions and eagles back in the first century B.C. A UNESCO World Heritage Site, these magnificent statues, in just as mesmerizing a setting, are meant to be witnessed at sunrise. Tours, which are best taken during the months of April and October due to the colder conditions at such a high elevation, begin at the crack of dawn to ensure you get to experience this once in a lifetime sunrise view.

Paragliding over the Dead Sea

Imagine being perched aboard a tandem paraglider as you jump off from Baba Dağı, a mountain of 1,960 meters, and careen over Ölüdeniz, a small beach resort town on the Turquoise Coast in Fethiye where the Aegean and the Mediterranean Seas meet. The hour-and-a-half ride up to the point where you take off is majestic in itself, but jumping off this steep slope to fly over the sea with views of the picturesque town as well as the unique parallel valleys of Kelebekler Vadisi and Kabak Vadisi is undoubtedly an unparalleled experience. Tandem rides are offered for novice riders and the landing on the sandy beach could not be any softer.

This long distance foot-path, acclaimed as one of the top-10 walks in the world, runs approximately 540 kilometers from Ölüdeniz, Fethiye to Geyikbayırı, Antalya and is named after the ancient civilization that once ruled the land in the Bronze Age. This marked path leads through picturesque villages and pine and cedar forests beset by mountains overlooking the sea and can easily be combined with one of the many miraculous stops along the way. Kick off the trek with a stay in the peaceful Kabak and Kelebekler Valleys, set where the mountains meet the sea and fitted with cabins and bungalows and all sorts of "glamping" facilities. Both are mini utopias of sea, sand and yoga. On the other end of the trail is Olympos, where you can see for yourself the perpetual flames at Yanartaş, or end the trek in Geyikbayırı, Turkey's top rock-climbing destination.

Turkey has two very different river rafting courses appropriate for both novice and more experienced rafters; it is definitely one of the best ways to get your adrenaline rolling while seeing parts of Turkey. The 14-kilometer-long Köprülü Kanyon, a national park in the Mediterranean province of Antalya, is the more reserved option and tours take you on a course of Class I and Class II rapids that flow between 100-meter-high rock walls while the wild Çoruh River in northern Turkey has courses of up to Class VI rapids.

By far Turkey's best skiing resort and certainly the newest, Palandöken, which is just five kilometers from Erzurum, has it all: excellent slopes for all levels, state-of-the art facilities, stunning views and a great après-ski scene. After all, this was the resort that hosted the 2011 Winter University Games.

Cappadocia: By hot-air balloon or horse

Cappadocia, the mystical fairy chimney landscape with carved out caves and underground cities is always a must-see in Turkey. Although staying in one of these rock formations should also surely be on anyone's bucket list, there are a few more activities one can do here to ensure an unforgettable visual and physical experience. Everyone has most likely seen the stunning images of hot-air balloons rising over the Star Wars-esque setting that is Cappadocia, an experience that certainly deserves its own spot, however not many are aware of the other option of touring the terrain on horseback. Göreme's own resident horse whisperer Ekrem İlhan and The Dalton Brothers' Ranch train wild horses from Erciyes Dağı for visitors of all levels to ride through the stunning canyons and terrain.

A Blue Cruise on the Turquoise Coast

Everyone at some point in their lifetime should have the opportunity to experience a Blue Cruise along the southern Turquoise Coast, which encapsulates the Aegean and the Mediterranean Seas as well as numerous special spots from which to board or sail to. Ideally, a Blue Cruise will last at least three to seven days to give passengers the chance to fully experience what it is like to live on a boat, a wooden and relaxing Turkish gulet no less. An indispensable stop on any Blue Cruise is Dalyan where you can visit İztuzu Beach, which is an itinerant home to nesting loggerhead sea turtles. Dalyan and the Marmaris region also boast rock tombs from the Lycian era that you can see as you navigate through Dalyan Çayı River. There is also an underwater archeological site to cruise by as well as endless opportunities to get in an all-natural mud bath, these being just some of the perks of this once-in-a-lifetime excursion.

A tour of the eastern Black Sea

The Black Sea region is a must-see part of Turkey and Turkish culture and many miss the chance to experience this side of the country due to the hustle and bustle of getting all of the traditional sights in. However, when you have the time, a trip to the Black Sea, especially the eastern regions, provides some of the most spectacular sights and settings this country has to offer from wooden chalet-like sea houses to the stunning fourth century Sumela Monastery set 1,200 meters high on a cliff in Trabzon. Another must-do experience during your stay in Turkey, however, is trekking the alpine pastures of Ayder in the Kaçkar Mountains and ending it off with a thermal bath in the snow.

Walk, run or swim between continents

A marathon is always a good goal to have on anyone's bucket list and Turkey is the only country in the world to offer a number of courses that cross over two continents. Whether running or swimming is your pleasure, Turkey has a number of must-do courses for anyone who wants to challenge themselves. Every year in October since 1979, and now November since 2012, the Istanbul Marathon allows runners and sports-lovers alike to participate in the only marathon to cross two continents as well as the impressive Bosporus Bridge. If swimming is your thing, then the Bosporus Cross-Continental Swimming Race on July 26 offers an unparalleled experience of swimming between Asia and Europe in the strait, which is closed to boat traffic that day. The following week on Aug. 1 there will be the first-ever Gallipoli 1915 Memorial Swim to take place in Anzac Cove. Another off-the-beaten-track marathon is the Lycian Way Ultra Marathon, which will cover 250 kilometers over six days this Sept. 25 to Oct. 4.
Last Update: Jul 07, 2015 9:59 pm
RELATED TOPICS