Living the high life of high art in Istanbul with Ulay 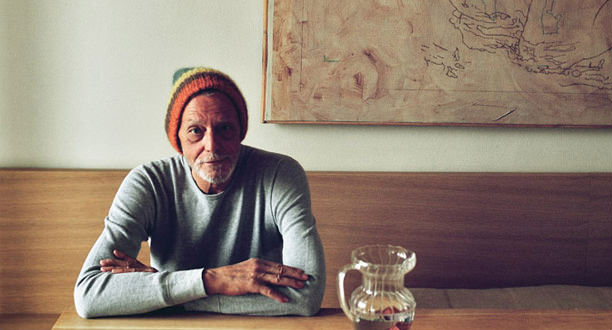 A special photography and performance art montage video of the early works of Ulay, an artist and living legend in both genres, will be on display at Açıkekran Gallery in Nişantaşı and played on the monitors at Şekerbank branches in eight different provinces until Oct. 10.

Known simply as Ulay, an abbreviation of his name and the first syllable of his last name, Uwe Laysiepen is a German artist based in Amsterdam and Ljubljana, Slovenia, whose popularity and pioneering career in photography, video and performance art spans back to the '70s. His vast collaborative performances with Serbian artist Marina Abramovic, which spanned a dozen years and culminated in their subsequent 90-day introspective break-up via walking towards one another along the nearly 5,000 kilometers of the Great Wall of China, captivated people's hearts and perpetuated his worldwide recognition.

I first heard of Ulay when he appeared in a performance by Abramovic years later as seen in "The Artist is Present," a documentary on a retrospective of her work at the MoMA in New York City. Years later, when Ulay and Marina sit across from one another with a table dividing them with the love and history between them still palpable in that sterile setting, what is forever ingrained in my mind as a spectator of that footage is when the female artist slightly loses her composure when Ulay is replaced by the next stranger in line she locks eyes with.

Having been deeply affected by Ulay and their work together, of course I was thrilled to hear he would be coming to Turkey on Sept. 3 to open a very special exhibition of a compilation of his early works in footage played on monitors in Açıkekran Gallery in Nişantaşı, as well as at nine different Şekerbank branches in eight different provinces. After officially opening the exhibit, titled "Early Works of Ulay: Disidentification & Metamorphosis," curated by Ali Akay, Ulay also delivered a very special conference under the theme "What Can a Body Do?" which was held at Soho House Istanbul.

Housed in the former U.S. Embassy, Soho House – the world's most prestigious chain's Istanbul installation that features a members-only spectacularly opulent and comfortable space for the city's creative world to gather – was the perfect space to watch this pioneer and living legend of the performance art and photographic art world.

Ulay told about how there was a time he had to give up his living space and LIVE in a van instead. He shared with us that he grew up in an orphanage and spent his childhood pursuing an education only to be told later that leaving the institution would allow him to become a real artist.

During the talk, he shared with the audience how pleased he was to be in Turkey – all for the purpose of high art. He also shared with us some of the challenges and adversity as well as successes he has come across in his career. He told us about how there was a time he had to give up his living space and reside in a van instead. He shared with us that he grew up in an orphanage and spent his childhood pursuing an education only to be told later that leaving the institution would allow him to become a real artist.

Amid all of the delving into the past – after all, the exhibit is an introspective into his early works – I took the opportunity to ask Ulay about my favorite of his works, "The Lovers," which consisted of a three-month hike towards Marina on the Great Wall of China as a symbolic parting of ways. Ulay shared that this was also one of his favorite pieces, although he added that it was not necessarily performance art because there was no audience. We, as Ulay's audience, however, got to hear a behind-the scenes account of this epic endeavor, which took place in 1988 after six years in the making, as well as the complexities involved in doing so. But thankfully they did, and spent three months walking the thousands of kilometers towards one another – Ulay taking the high altitude and very low temperature route and Marina the rocky yet hilly part only to meet in the middle, embrace and part ways.

Meeting him in person, it was instantly apparent that his relationship and its ending would be epic – befitting the living legend he is now. He is also one of those special, serene, confident, happy, beautiful and shining-from-the-inside types of people, which makes complete sense why people would want to watch him. I listened with baited breath on the edge of my seat, which given it was Soho House, happened to be a velvet armchair with a leather ottoman, as he shared the fruition of such influential and emotive works from his perspective.

Although Ulay has since come and gone, his exhibit – composed of a series of video footage detailing his work from the 1970s about and focusing on a reckoning with identity and the means, mediums and materials used to artistically attempt to do so – will remain in Istanbul and will be played simultaneously for 24 hours a day on special monitors set up in nine different Şekerbank branches in the provinces of Ankara, Edirne, Kırklareli, Ordu, İzmir, Bodrum and Mardin. In Istanbul, the exhibit is on display in four different screening rooms at Açıkekran Gallery at No: 37, Tesvikiye Cad. To find out more about the ongoing exhibit and other artistic activities hosted by Şekerbank's Açıkekran, an honorable effort to provide widespread access to contemporary art to the masses, check out: www.acikekran.com.tr.
RELATED TOPICS