Food Film Fest brings cuisine to the screen in Istanbul 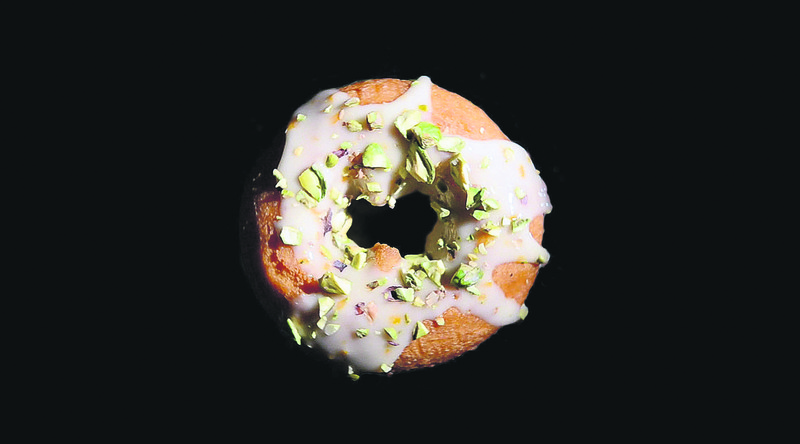 The Food Film Festival comes to the screen this Saturday at the TÜRVAK Cinema and Theater Museum for a full day of talks, tastings and short film screenings centered entirely on food

The Food Film Festival, which will be held in Istanbul this weekend, is a short film festival in which all of the films presented involve topics related to food. In addition, this full day feast on food films will also include a busy roster of culinary talks and demonstrations interspersed with showings of food-oriented short films from all over the world. The event will take place from 1:00 p.m. to 10:00 p.m. on Saturday at the TÜRVAK Cinema and Theater Museum in Beyoğlu.

Oksana Romanenko, an expat from Ukraine and the co-founder of the festival.

Food Film Festival World is organized by a young group of Ukrainians residing in Turkey and abroad who spearheaded the project last year in Kiev, which then spread to Russia and now Turkey. I had the opportunity to speak with Oksana Romanenko, the co-founder of the festival in Turkey and a fellow expat from Ukraine. I asked her to tell me a little bit about the festival and what it is all about. "The Food Film Festival is a short movie festival in which the main role in each film is played by food. Food is an integral part of human life. Just imagine: We prepare a meal when we want to show love, we have intimate and business conversations over dinner and we all like to get together for a family dinner. Food is much more than just hunger; it is culture, philosophy and art." 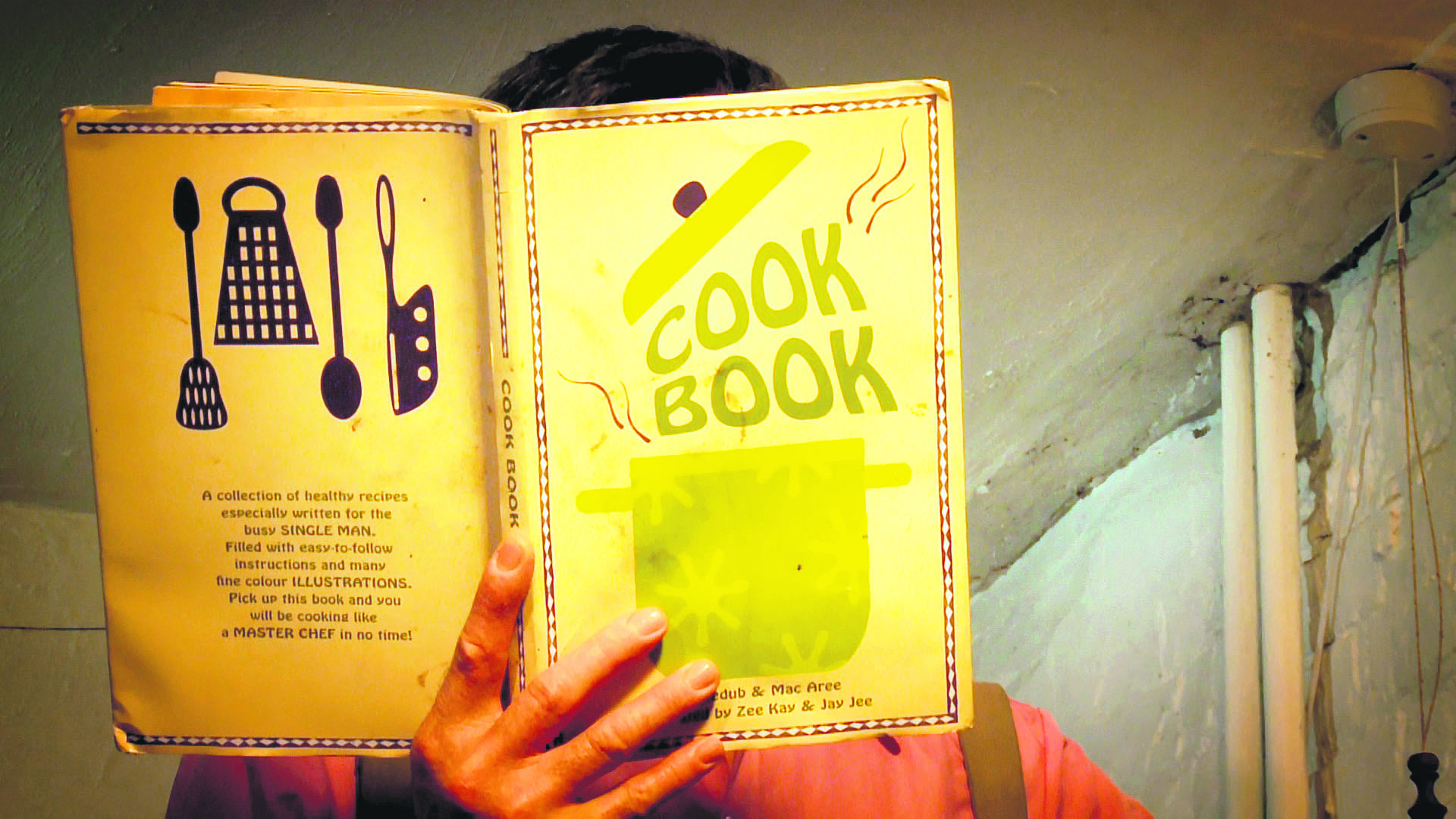 The Food Film Festival presents a collection of short films that have run the international festival circuit that touch on social, cultural and gastronomic topics and are divided into the following categories: Food & People, Cookbook, Tastes Like Animal, Food Porn and Food Ads. In addition to having showings throughout the day of food-focused films, there will also be a full day and night of lectures and demonstrations on gastronomy guided topics. The day starts at 1:00 p.m. with an opening talk by Salih Seçkin Sevinç, author of the blog Harbi Yiyorum, who will discuss how to seek out the tastes you are searching for. At 1:45 p.m., there will be a special presentation on "Juicing in Daily Life" by Zeynep Yıldırım and Julia Carrozzini from Juice Kitchen Istanbul. At 3:45 p.m., Sinan Eryentür from Drip Coffeeist will give a seminar on "Third-wave Coffee." At 4:30 p.m., Dr. İlkay Kanık from Beykent University will deliver a talk on food as a star in the movies. At 5:45 p.m., Sinan Tüzer from Balya Organik will share information on how to switch to organic produce as well as will be offering a number of healthy recipes to help in the transition. 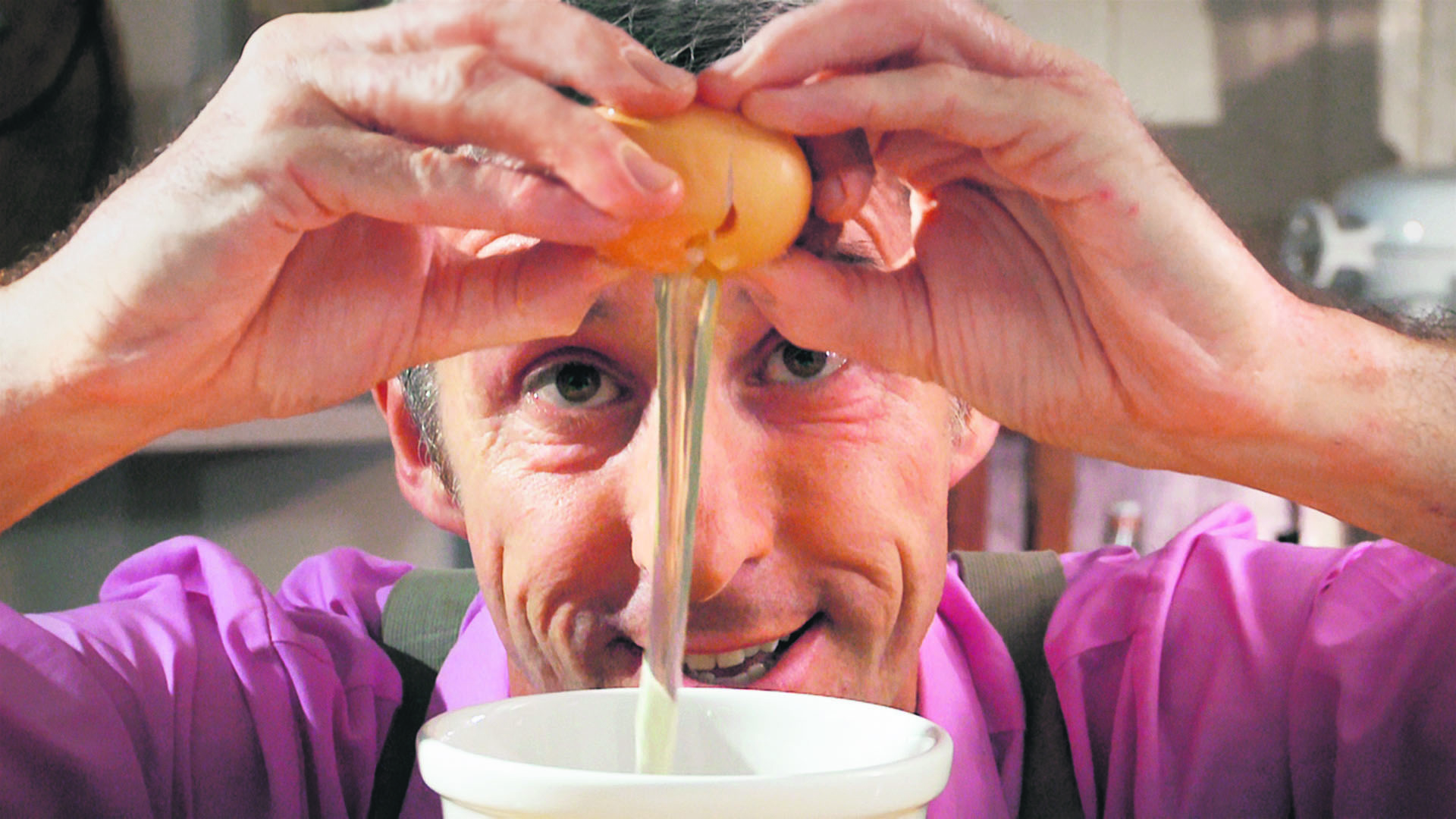 At 7:45 p.m. will be "Tea 101," an informative session by Liliana Lopez and Emre Aslanoba from Melez Tea that will dive into the history, variety, benefits of and rituals practiced all over the world in relation to tea. At 8:15 p.m., Tasty Cinema will be on hand to share their new project, which incorporates specially designed menus befitting of the films showed as a new culinary experience that goes way beyond popcorn at the movies. The day will come to a close with a session on how to prepare coffee cheesecake by Enes Malakçıoğlu from Mulino Bakery who will share his skills and tips on getting this tasty dessert just right! 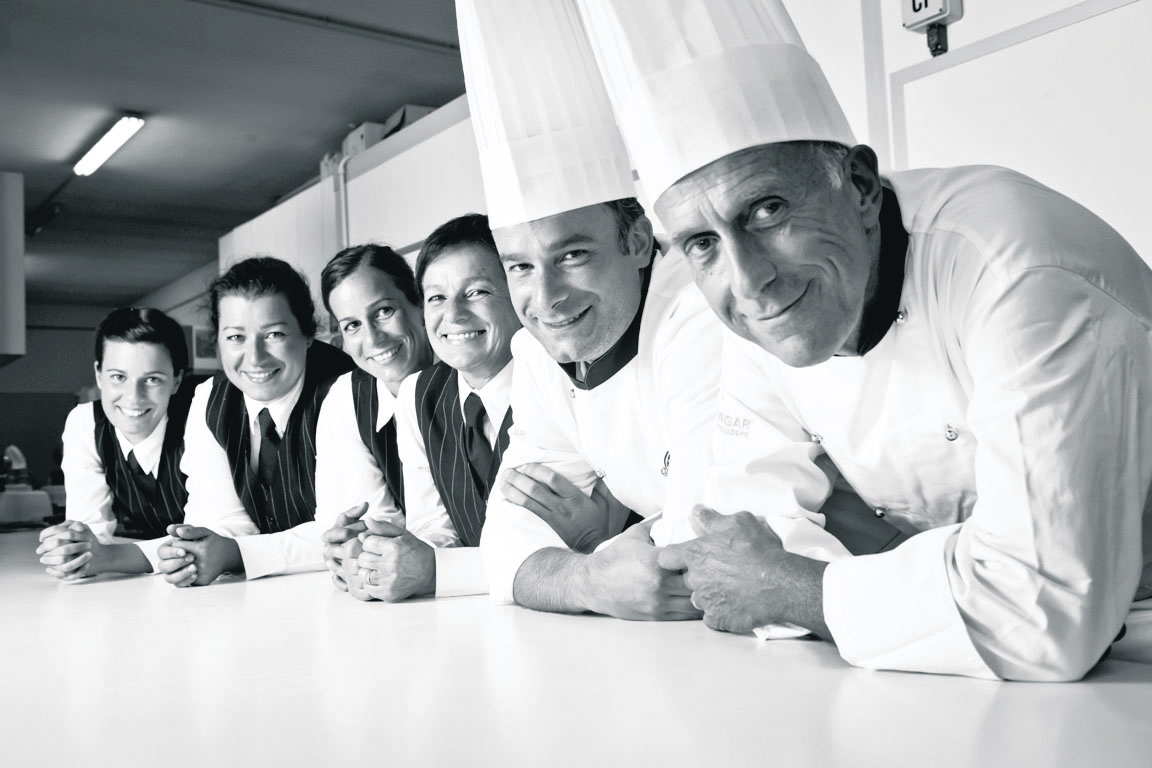 In addition to the chock-filled day of informative culinary seminars, there will be a number of screenings of short films from all over the world focused on food. 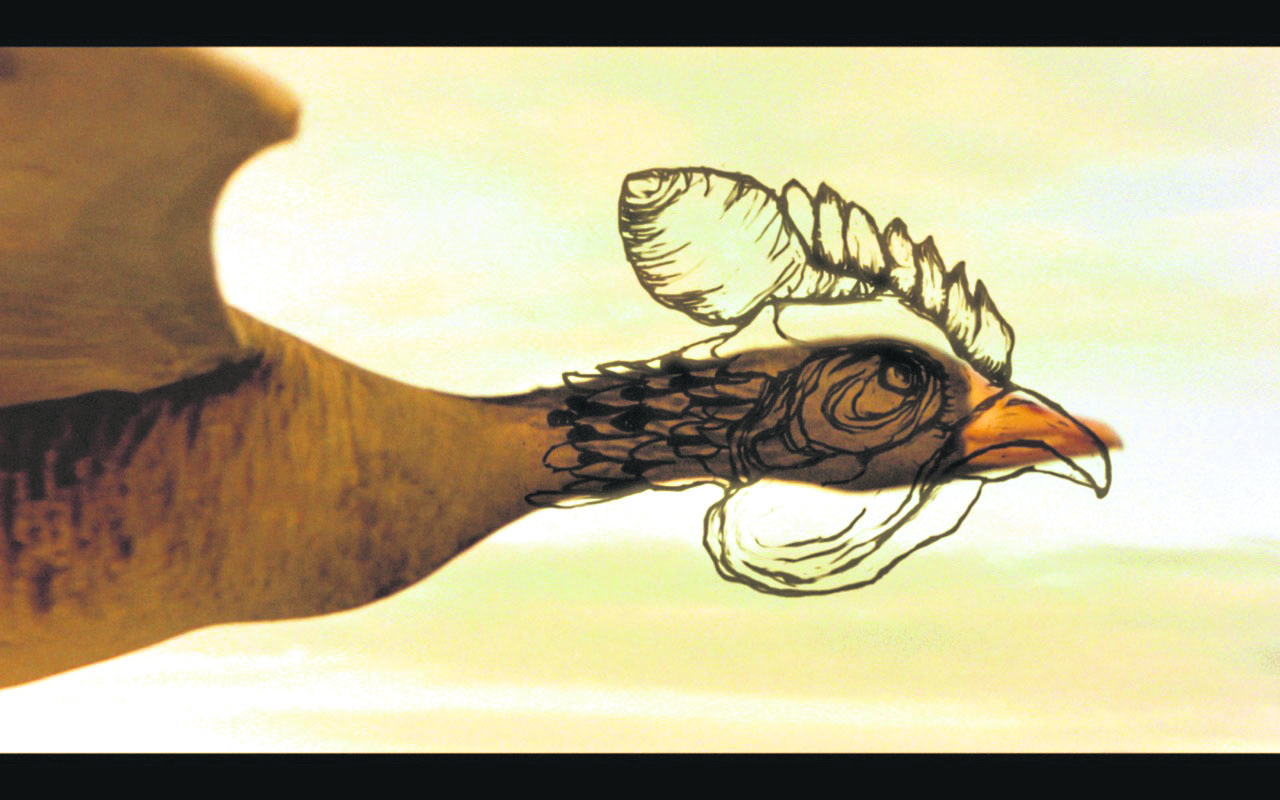 As for the movies…

The films being shown are a compilation of nearly 20 films from all over the world that focus on food and fit into the categories I previously mentioned. "Cookbook" tells the story of a hapless bachelor struggling to cook a romantic dinner who gets some unexpected help from his kitchen appliances. "Cookies," shot in the U.S., is a semi-sweet chocolate chip tale about the kindness of strangers, while "Alphabet Soup" is also an American dark romantic comedy in which food really is the way to a man's heart. "I Am What I Eat" explores the question of what New Yorkers would have for their last meal, while "Look to the Cookie" is another American production that follows the love and trials of a family bakery. "A Day in India" follows a set of travelers enjoying the country's cuisine over a three-week trip. "Respect" is an Italian short on the meaning of the word according to Michelin star chef Christina Boverman. "Super" which hails from the Netherlands, tells the story of Albert, who gets lost in the seductive world of pretty packages until his fantasy turns into a nightmare.

There will also be a series of films depicting the making of delicious recipes such as doughnuts, bacon, nettle pesto and nougat to name a few. A number of films challenging the meat industry are on the program, such as the Dutch production "Happy Meat" and an Irish film that provides a fishing lesson, while Turkey's contender is a film by Şenol Çöm on "The Journey of a Snail."

This is the first time this festival is being held in Turkey and the program moves on to Berlin from Oct. 22-28. Next month, however, Oksana told me they are planning to hold screenings of the films in both Ankara and İzmir.

Tickets for this daylong event are TL 28 ($9.52) and are available from Biletix. The ticket will not only include all of the film screenings and talks but also provides free entry to the Türker İnanoğlu Foundation Cinema and Theater Museum and Library, the first-of-its-kind in Turkey founded by those in the world of cinema arts in honor of Türker İnanoğlu – one of Turkey's most prolific screenwriters, directors and producers. TÜRVAK, the foundation and museum established in his honor, is located right off İstiklal Avenue's Galatasaray Square in Beyoğlu. Films will be shown in their original language with Turkish subtitles. Come one, come all to enjoy this sensory feast and short film immersion into the world of gastronomy and cinema. For more info, check out: http://en.foodfilmfest.com.ua.
RELATED TOPICS