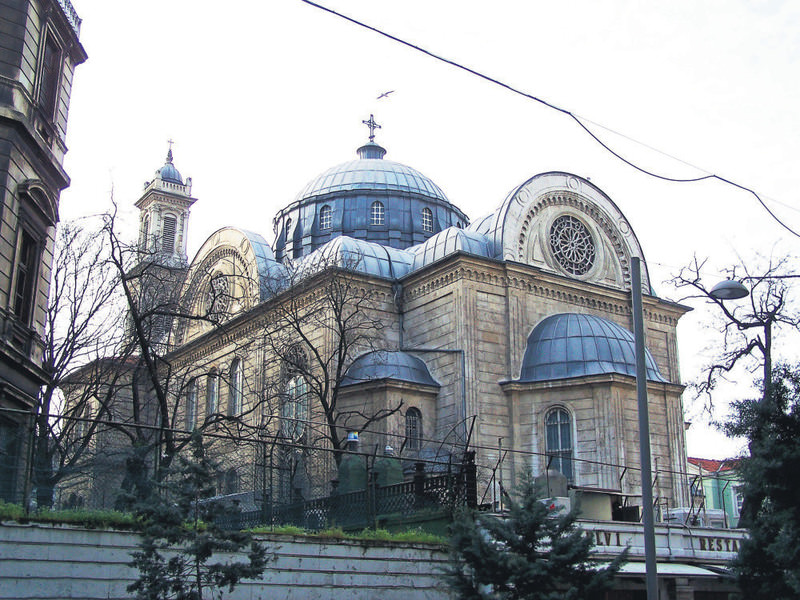 While masses are the norm all over the Western world when it comes to celebrating Christmas, Turkey and, more specifically, Istanbul, probably have the most historical and diverse array of options to usher in this holy night

Turkey has always held high significance for many religions and is a unique country for its religious tolerance and minorities. While Turks may not celebrate Christmas as we know it, there are a number of holiday masses held in historical churches throughout Istanbul that are well worth checking out for a very special Christmas experience.

Going to midnight mass on Christmas Eve or at least attending a church ceremony on Christmas Day is a big part of Christmas celebrations in other parts of the world, but is also a tradition that continues here in Turkey. Many of this country's stunning churches will be opening their doors to anyone who wants to attend a mass this Christmas Eve and Christmas. For a truly unique experience check out any one of these holiday masses that depict a different side of Turkey.

The largest and certainly most popular Catholic Church in Istanbul is undoubtedly the impressive, Church of St. Anthony of Padua, situated off a courtyard overlooking İstiklal Avenue. First built in 1725, with the current building dating back to 1906, this Italian neo-gothic church is a regular stop for passers-by to light candles and make a wish.

There will be a mass on Christmas Eve, Thursday, Dec. 24 at 9:00 p.m., however it is recommend to show up an hour early to try and secure a spot, because this popular mass fills up and you could end up listening to the hymns from the garden. The ceremony will be held in a mix of English, Italian and Turkish. On Christmas Day, there will be three masses held in three different languages the first being at 10:00 a.m. in English, 11:30 a.m. in Italian and at 6:00 p.m. in Turkish.

Located just a few doors down from Saint Antuan, as the previous church is also referred to in short, is Saint Mary Draperis, the oldest Roman Catholic Church in Istanbul. Originally established in Tophane in 1584, its current location off İstiklal dates back to 1769. Situated between the Dutch and Russian embassies and with a steep staircase leading down to its entry, this church will be holding a Christmas Eve mass on Thursday night at 8:00 a.m. held in Italian, Spanish and Turkish followed by a nativity scene and carols.

On Friday, there will be two masses, one at 11:30 a.m. that may be held in English but depends on the majority of attendants; they also combine Italian and Spanish into the mix. Another mass will be held on Friday at 5:00 p.m. in Italian and Spanish. In addition, on Friday evening there will also be a special concert performed by the church choir at 8:30 p.m. to celebrate Christmas.

This baroque style Catholic cathedral built in 1846 by the Fossati brothers is known for its grandiose organ and hosting a number of papal visits to Turkey. Located near the Hilton in Harbiye, the Cathedral of the Holy Spirit, as it is also known, will be hosting a midnight mass on Christmas Eve starting with carols at 11:15 p.m. held in French, English and Turkish. On Christmas Day, there will be a mass held in English at 10:00 a.m.

Built in Galata by a British architect in memory of the British soldiers who fought in the Crimean War, the land for the church was donated by Sultan Abdülmecit to welcome the foreigner non-Muslim community. Completed in 1868, all of the stones used in the construction were brought in from Malta. On Thursday, this church will be holding a mass in English with Christmas Carols starting at 7:30 p.m.

On Friday, this quaint chapel and Istanbul's second Anglican Church located on the grounds of the British Consulate and next to Rixos, will be holding a Christmas Day mass starting at 11:00 a.m. in English and with carols.

The Church of Saints Peter and Paul, built with the Dominican convent by the Genoese in the 1400s. is a Medieval Latin church also near Galata Tower. The current building is a 1843 reconstruction by the Fossati brothers and will be holding a Christmas Eve mass at 8:30 p.m. on Thursday in Turkish and Italian and a mass on Friday at 11:00 a.m. also in Turkish and Italian.

Located on the grounds of the Dutch Consulate off the lower end of İstiklal Avenue, this small interdenominational Union Church of Istanbul, will be hosting three services on Thursday night. At 6:00 p.m. will be a service in English, and services will be held at both 9:00 p.m. and at 11:00 p.m. in a medley of English and Turkish.

This Catholic Syriac Church located in Bebek will be hosting a Christmas Eve mass at 8:00 p.m. and a Mass on the day of Christmas at 11:30 a.m. in a mix of four languages, namely: Spanish, French, Italian and English.

Known as Aya Yorgi and for being the Ecumenical Patriarchate of Constantinople for the Greek Orthodox Church, this very special church, dating back to 1602 at the site located on the Golden Horn in Fener, will be opening its doors early on Christmas morning for a three-hour mass that will start at 9:00 a.m. and will be held in Greek.

Considered the largest Greek Orthodox shrine in Istanbul today, but built in 1880, this picturesque church sits overlooking Taksim equipped with a dome and twin towers and stunning interior paintings. On Friday, Dec. 25, their divine liturgy held in Greek starts off early at 9:00 a.m.

This Catholic Church situated in the popular Moda district of Kadıköy traditional holds a Christmas Eve mass that overflows with crowds of locals and all nationalities gathering in the courtyard. Generally held in Latin, English and Turkish, this is definitely an experience for the books!
RELATED TOPICS