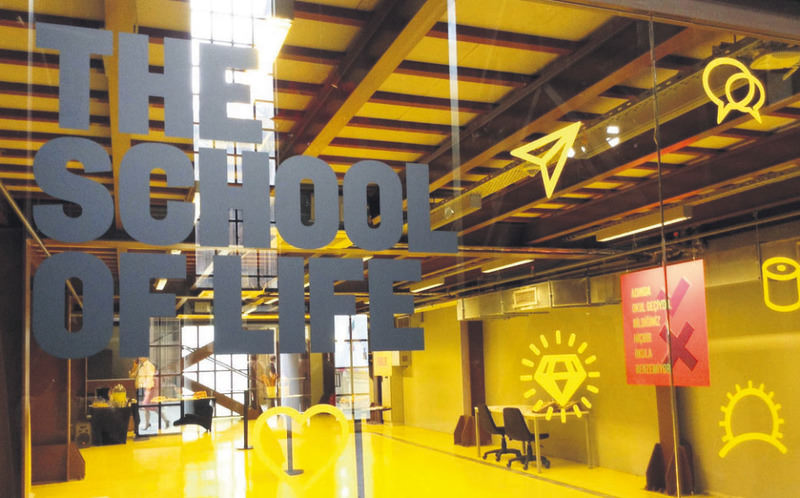 Next week is the start of the New Year, so get your resolutions together because there is no better place than Turkey and especially Istanbul to make your dreams come true. There are a number of expat happenings that can also help you accomplish this

A New Year's resolution is the tradition in which a person makes a promise to do something different and good for themselves. This could be an act of self-improvement or sharing kindness with others. Although this practice is more prominent in the western hemisphere or at least in the U.S., the concept of reflecting on self-improvement at the start of the New Year does have a basis in history. The Babylonians would make promises to their gods at the start of the year to square off debts and return borrowed objects, while the Romans would begin each year by making promises to the god Janus, for whom the month of January is named after.

This tradition has now turned into an annual checklist of the changes one wants to make to better themselves and the world. The most popular resolutions are to improve physical and mental well-being, further education, advance one's self through traveling or a new experience and most importantly, helping others. In Turkey, there are a lot of ways to realize these resolutions as well as many fellow expats to help you. The following is your guide to getting your New Year's Resolutions list right!

Many people like to add volunteering to their roster of New Year's resolutions. And with the neighboring crisis in Syria and the resulting refugee influx into Turkey, there are certainly a number of ways you can join fellow expats and Turks in helping out. Small Projects Istanbul (SPI) is an excellent grassroots organization that provides language training, community projects and scholarships to assist Syrian refugees displaced by the conflict to remain self-sustainable in the city. Established by Karyn Thomas, an Australian expat living in Istanbul SPI's center in Çapa, The Olive Tree is a wonderful space run by a group of volunteers, most of which are expats offering Turkish lessons and other afterschool activities for refugees. They also have a women's craft collective of refugee women who make jewelry that are available for purchase. Check out www.smallprojectsistanbul.org to find out more about how you can help.

Taking measures to become healthier is certainly a common resolution that involves some sort of promise to exercise more. While there are a number of ways to incorporate more exercise in your life, doing yoga is definitely worth a try. Check out the Istanbul Yoga for Foreigners Facebook page to find a class with other expats, or if you are more advanced, join in on Irish expat David Cornwell and his wife Zeynep Aksoy's six-month teacher training course, as both were instrumental players in the yoga boom in Istanbul. Or if you want to test out your own inner yogi at home, check out resident yoga, cook and musician Ray Rizzo, who hails from New York City and has created his own unique fusion of movements involving martial arts, yoga and Pilates in a method he calls 'Weightlessness," which is available in a book and DVD format. 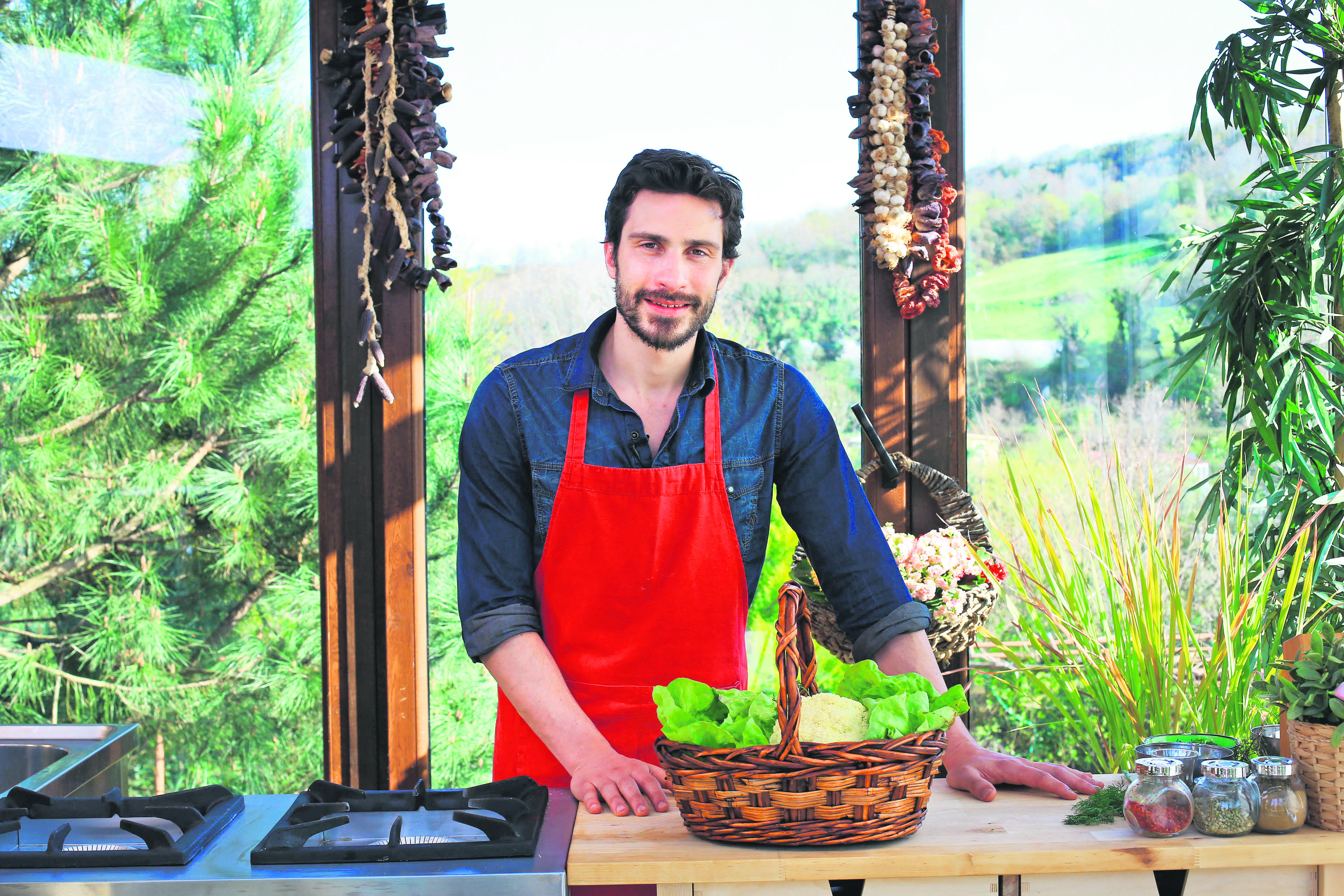 Check out his entertaining show "Ray'ın Çiftliği" (Ray's Farm) on Thursdays on Turkmax Gurme to see what healthy fare he's cooking up.

Getting healthy on the inside

Changing the way you eat, such as going vegetarian, vegan or gluten-free, are all par for the course on many resolution lists, and the options for doing so are expanding here in Turkey. There are a number of new vegan locales to check out such as Ecoisthan and Cafe Mitanni, which has live jazz to boot in Beyoğlu, Bhakti Cafe in Beşiktaş and Bi Nevi Deli in Karaköy. On the Asian side, there is Mahatma Cafe in Kadıköy. 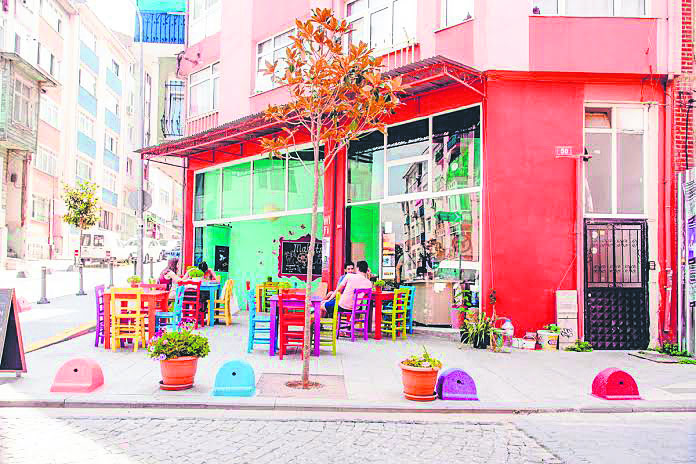 To learn how to cook more healthily at home and about the ancient healing wisdom of Ayurveda, German expat Ulli Allmendinger is definitely where to start. 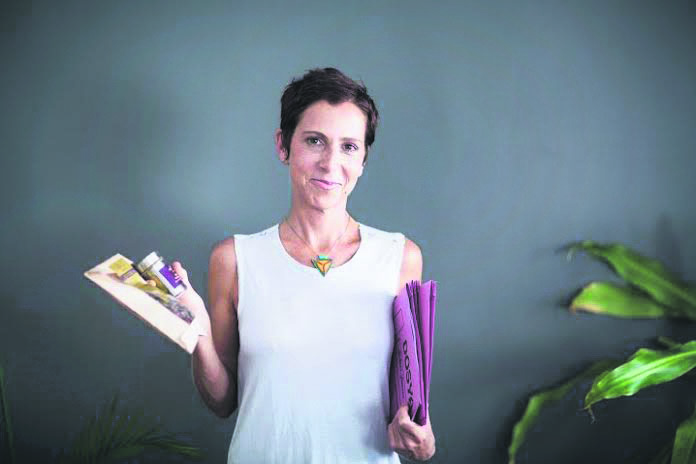 She offers counseling sessions, cooking lessons and even gluten-free products from her website www.ulli-ayurveda.com.

Opening up your mind

The School of Life, with branches in cities such as London, Paris and Melbourne, now has its own Istanbul branch offering courses to live "wisely and well." With a wide variety of workshops on offer with topics such as how to find a job you love, how to gain confidence and mindfulness and even a brunch in January on New Year's resolutions and having the courage to realize them, checking out this new school may cross off a number of items on your checklist. These include getting out there and meeting new people while expanding your mind to new possibilities.

Getting onstage at some point in one's life tends to make the resolutions list, and there are a number of expat-heavy events in which to do so. Spoken Word Istanbul has regular meet-ups where people are free to take the stage to show off their talents, whether it's singing a song, performing stand-up comedy or even reading a poem, and a majority of acts are in English. However, there are a number of expat-oriented opportunities to try your hand at getting onstage in the city. Speech Bubbles is an English-language acting, singing and dance troupe of all ages that performs shows or you can join the expansive Istanbul European Choir to learn how to sing onstage and meet lots of other expats.

To become an expert storyteller, French expat Judith Liberman, who not only performs regularly but also has a radio show in Turkey, will be offering her course "storytelling to create change" in İzmir in February, a great way to gain skills in the art of expression. Olga Irez, a Russian native expat who made a name for herself with her blog Delicious Istanbul as well as breakfasts and cooking classes, is now offering culinary lessons on how to make healthy Turkish food from their family restaurant Babushka in Alaçatı.

Doing good for the planet is also a chart-topper when it comes to New Year's resolutions, and there are a lot of avenues in which to do so. To promote bicycling and reduce the use of fossil fuels, Critical Mass meets up regularly in Istanbul, and is a great opportunity to tick off a number of resolutions on your list - namely getting in shape, doing good for the world and meeting others. Critical Mass has two upcoming rides; on Saturday, the bicycling masses will take off from Göztepe Park, and on Jan. 9 for nighttime rides that begin at 5:00 p.m. For a less strenuous way of doing something good, check out Zero Waste Turkey's first-ever Istanbul Flea Market, which will be held at St. Helene's Chapel near the British Consulate on Jan. 17 from 12:00 p.m. to 6:00 p.m., to purchase recycled and used items.

Remembering to buy gifts for those you love is also a popular resolution item and one you could put to the test early, as Turks like to exchange gifts for the New Year. There are a number of unique events happening this weekend to purchase the perfect gift for next week's New Year's Eve celebrations. The Istanbul Military Museum in Harbiye will host two unique shopping festivals this weekend. Namely, the Welcome 2016 festival, which begins today and runs through Sunday, and offers stands of gift items on offer by a wide variety of charitable organizations. The "Three Passions: Books, Coffee and Chocolate Festival," which is also running at the Harbiye Military Museum through this weekend, will be honing in on what are many people's favorite things.

Souq Karaköy resumes this weekend with a long list of Turkish and international designers, offering innovative items for the perfect gift. And on the Asian side, Pop-up Kadıköy will be hosting an end-of-the-year party on Sunday at Brunelle, which will have local designers and galleries hosting stands giving people the chance to check out local artists.

So, get started on getting your own resolutions list ready because the options are truly endless in Turkey to get the right start to the New Year!
RELATED TOPICS