It's March madness, spring has arrived 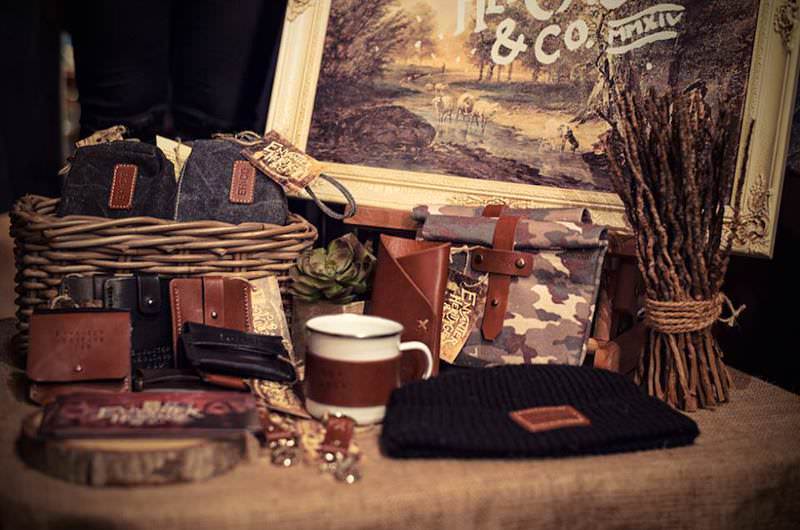 After a long, harsh winter, this month marks the start of spring and there are a lot of events and activities to celebrate the season of renewal and the sowing of new seeds in Turkey

From festivals to workshops, concerts to theatrical shows and much more, there are many ways for fellow expats to fill their days with a wide range of activities in Istanbul and beyond. The following is a list of the top picks for expats to do in the city this month.

Istanbul has an active open-mic and stand-up comedy scene and on Tuesday, March 1, Spoken Word resumes with its biggest meet-up yet of open microphone performances by stand-up comedians, poets, singers, writers, and anyone who wants to take the stage for five minutes for a crowd. The following week on March 8, the Take Me Up The Bosporus crew hosts an English Stand Up Comedy Open Mic Night. Both events will be held at Arsen Lupen in Beyoğlu.

Tuesday, March 8 is International Women's Day and the French Cultural Center in Istanbul will be hosting a very special program of events including film showings, talks, exhibitions and concerts all in honor of women from March 9 to March 19. As part of the series on March 12, La Dame Blanche, a Cuban musician living in Paris, who also just happens to be the daughter of the musical director of the Buena Vista Social Club, will be performing at the COOP in Beyoğlu.

On March 16, Yaşam Atölyesi will be hosting an evening devoted to the "transformational power of travel" in their center located in the famous Mısır Apartment on İstiklal. Tickets are TL 45 for this event.

Pop-up bazaars and even pop-up restaurants are now all the rage and just as popular with Turks as they are with the expat scene. Each of these events are well worth a visit whether it is to check out unique designs, shop for gifts or to dine on a once in a lifetime meal. On March 5 from 9 a.m. to 13 p.m., Supa in the Suriye Pasaji on Istiklal will be hosting a very special breakfast with organic items by Balya and artisan cheeses produced by Tangala Farm followed by a series of workshops. Tickets are TL 110. On Sunday March 6, the collective office space, Kolektif House will be hosting their Kolektif Brunch with music by subway jazz station from 11 a.m. to 4 p.m. with free entrance.

Pop-Up Kadıköy Design Bazaar will take place on Sunday, March 6, from 11 a.m. to 6 p.m. at Brunelle in Moda. Handmade Istanbul's Spring Market takes place on Sunday, March 20 from 11 a.m. to 7 p.m. and is held at St. Helene's Chapel, located next to the British Consulate. With equal stands set up by craftsmaking expats and Turks, this is a festive opportunity and charity event with proceeds going to help the refugees in Turkey. The popular expat event, Pop-Up Restaurant Istanbul will be hosting an Easter dinner on Saturday, March 27 in Cihangir. Check out the Facebook page for the menu and to reserve a spot.

Not only is March the month of Easter, but it is also a time to celebrate the anniversary of the death of the patron saint of Ireland, in other words St. Patrick's Day. Falling on Thursday, March 17, the annual tradition all over the world is to don something green and Turkey is no different. Furthermore, with a decent Irish expat community, there will be a number of festive events such as Istanbul's resident Irish pub James Joyce's weekend-long celebration, which will start on Thursday and continue through to Sunday with traditional Irish folk music and even a performance by an Irish rock band. U2 Istanbul Irish Pub also in Beyoğlu will be hosting five days of celebrations from March 15 to March 20 for the Irish holiday as well.

On March 2, Inter Nations, the world's largest expat networking community, will be holding their monthly meet up this time at Fosil in Karaköy from 6:30 p.m. to 10 p.m. Just remember, you have to register or be a member to attend, check out www.internations.org for more info.

The International Women of Istanbul also have a busy schedule for members such as a Women's Day dinner, ice skating, culinary walks, a hamam visit and life coach talks, which are just some of the events coming up this month.

FARIT, The Friends of the American Research Institute in Turkey, will be holding their 31st annual dinner on Saturday, March 5 at the Ural Ataman Classic Car Museum in Sarıyer. Tickets are TL 180 per person and include cocktails, dinner, dancing and a raffle drawing with all proceeds going towards funding scholarships for Turkish PHD students in the U.S. On March 19, FARIT will also be leading a Tour of Underground Istanbul visiting 14 lesser-known sites from Turkey's Byzantine and Ottoman Heritage.

The expat-organized Food Film Festival crew returns with a new series, entitled Days of Inspiring Films. From March 19-20, the Turvak Cinema-Theatre Museum in Beyoğlu will be hosting the first "Days of Inspiring Films" series, which will be a screening of 10 short films from all over the world on various sports. Showings will be at 4 p.m. and 4:30 p.m. and tickets cost TL 15. On April 23-24, the series resumes with inspirational films on travel.

Meanwhile, Akbank Sanat will also be holding a short film festival this month starting on March 7 and if you happen to be headed to Turkey's new skiing capital of Erzurum then check out the 12th International Snow Film Festival from March 16-18.

The Istanbul European Chorus will be performing Mozart's Requiem at 7:30 p.m. on March 3 at Notre Dame de Sion. For the younger crowd, Speech Bubbles, the international and all-age singing and performance troupe, perform Mathilda on March 13 at 11:30 a.m. at the Profilo Shopping center with all proceeds going to charity. Meanwhile, Judith Liebe, Turkey's resident storyteller and French expat will be performing one of her popular story-telling evenings at Kumbaraci30 in Beyoğlu on March 31 at 8:30 p.m.

To learn a skill

There are endless ways to self-improve while in Turkey with workshops and seminars galore. However, there are a few interesting opportunities for growth this month that transcend borders and may interest many an expat. Have you ever wanted to sing? Well Cep Sahne on the Çırağan road in Beşiktaş will be hosting free vocal workshops on Tuesdays from 2 p.m.-4 p.m. between March 15 to March 22. Pera Museum will be hosting "Writers meet Ned Beauman" a talk on March 3 at 7 p.m. by the British novelist and journalist and the Istanbul Modern's spring session of Atölye Modern kicks off on March 16 with a Creative Writer's Workshop led by novelist Mario Levi. There will also be a series on art related seminars so check out their website for more info.

For the ultimate art appreciation experience however, a three-month seminar which will be held on Wednesday evenings from 7:30 p.m. to 9 p.m. at Gallery Panel in Beşiktaş, will be led by art and architecture history professor Oktay Orhun and will cover the artistic and intellectual development of art spanning from the 15th century renaissance up to the end of the 19th century.
RELATED TOPICS