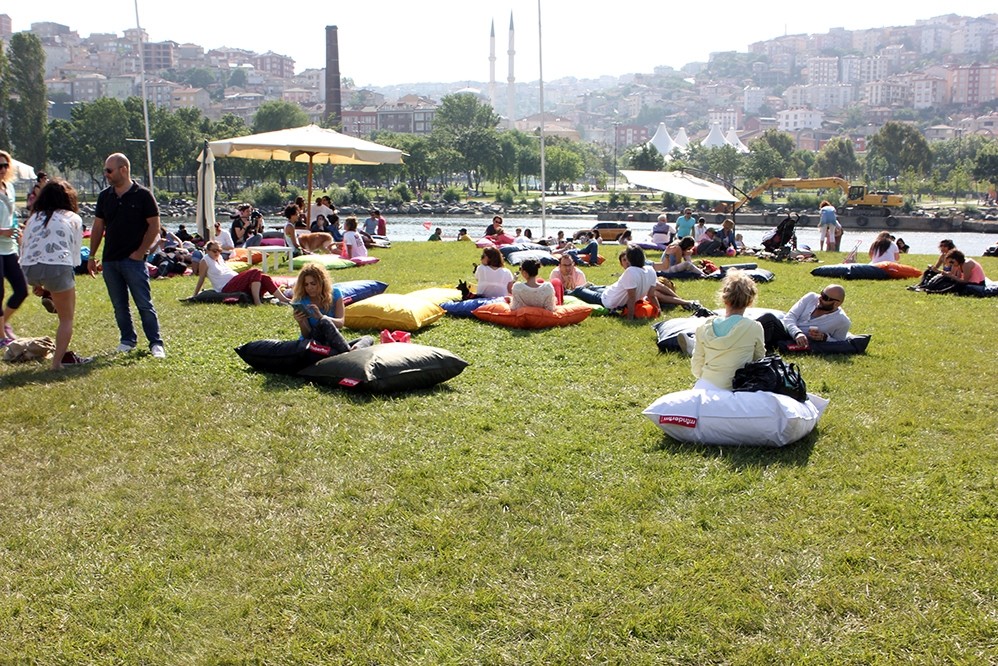 The MindBody Festival, which is in its fourth and biggest ever year, is comprised of a team of like-minded individuals that have come together to create a portal where people can discover, experience and deepen their personal knowledge about different wellbeing practices. For three full days, Bilgi University's Santralistanbul Campus in Eyüp will be transformed into a well-being wonderland with simultaneous workshops and seminars held throughout the day and into the night in a variety of practices ranging from but certainly not limited to yoga, pilates, dance, tai chi, music and therapy. Not only will there be two full programs of workshops being held simultaneously, but there will also be seminars held throughout each day and dozens of stands set up geared towards healthy living. The whole point is to give people the chance to try out different holistic practices to see which works for them that they can then implement into their own lifestyles.

In practical terms, this means getting to take part in a variety of workshops and seminars held by international leaders in their practices, each passionate about their own specialties, which they bring to the table to create a community of awareness to ultimately make this a better world. The MindBody Festival is a growing community, and not only will they bring their combined wellness knowledge to Istanbul from June 3-5, they will also be at the Cappadox Festival in Cappadocia this weekend, as well as hosting a three-day festival at Xuma Beach in Yalıkavak, Bodrum from June 17-19.

The person who came up with the very idea of creating this festival network bringing global wellness practitioners together and under one huge proverbial roof is none other than well-established French expat Stephanie Sayegh who also doubles as MacFit's yoga teacher. Stephanie is joined by Övünç Cireli and a team of like-minded wellness enthusiasts and practitioners including Metin Hara, who despite his young age has fast become Turkey's very own self-help guru and who will also be giving a seminar during the festival. In fact, there will be almost 40 trainers from all over the world scheduled to share their wellness practices by leading either workshops or seminars. What is lucky for us is that many of these wellness practitioners are also based in Istanbul and a number just happen to be expats.

Chris Chavez, a trainer of yoga teachers, who guides people from all over the world to become experts at their practice, is also a musician and the co-owner of Cihangir Yoga in Istanbul. Definitely one of the most sought-after teachers in Turkey as well as other parts of the world, you can catch Chris Chavez in action joined by Zeyneb Uras, in a session entitled "The Power of Connection." Alexis Gulliver is another expat residing in Istanbul, who originally hails from Michigan, and is the founder of YogaUni, an online platform for yoga, pilates and health enthusiasts to practice from home. She will lead a workshop titled "Lightness of Being."

Although not technically residing in Turkey, however, he comes often, Konstantinos Charantiniotis, founder of the Bhavana Yoga Center in Athens, will be offering two workshops for deepening the yoga practice through arm balancing and back bending poses. Based in New York and the creator of Devi Soul Yoga, Susanna Harwood Rubin will be leading three different workshops during the festival and Mercedes Sieff, who hails from England, will be leading sessions on imparting positivity in their yoga practice. The vast number of yoga teachers, including many of Turkey's finest, that will be sharing their special practices with the masses is just too many to list as are the other various wellness practices on offer to discover.

To name just a few, there will be the co-founder of Procabulary, Mark England, who will be sharing his method for eradicating negative thinking in two separate seminars held over the weekend. Jean Claude Nelson, a former soloist with the London School of Ballet who hails from Germany, will be teaching the Fundamentals of Pilates. Canadian Roxy Menzies will be leading three sessions on dance, touch and body rolling. From London, Masood Ali Khan will be guiding workshops on meditation and music. Dr. Richard Grossman will be leading a course on Shamanic Sound Healing Meditation as well as a seminar entitled, The Medicine, Music, and Magic of Sound.

Suzanne Sterling, a five-solo album recording artist, will be coming out to Istanbul to share her "Voice of Change" method, which combines singing with a yoga practice in three different sessions and will also perform a concert. One of the most anticipated international figures to be coming out, however, is undoubtedly Laraaji, a musician and laughter meditation practitioner, who hails from the States and will be teaching workshops on tone and laughter.

Other therapeutic methods that will be introduced by some of Turkey's leading trainers in their field will include breath work, feng shui, regression therapy, family constellation as well as Eastern practices such as Tai Chi and Qigong. With over 50 scheduled workshops and seminars over just a three-day period, this is certainly a relaxed and open opportunity to immerse oneself into a variety of holistic practices to discover which ones work for you to improve your health and life.