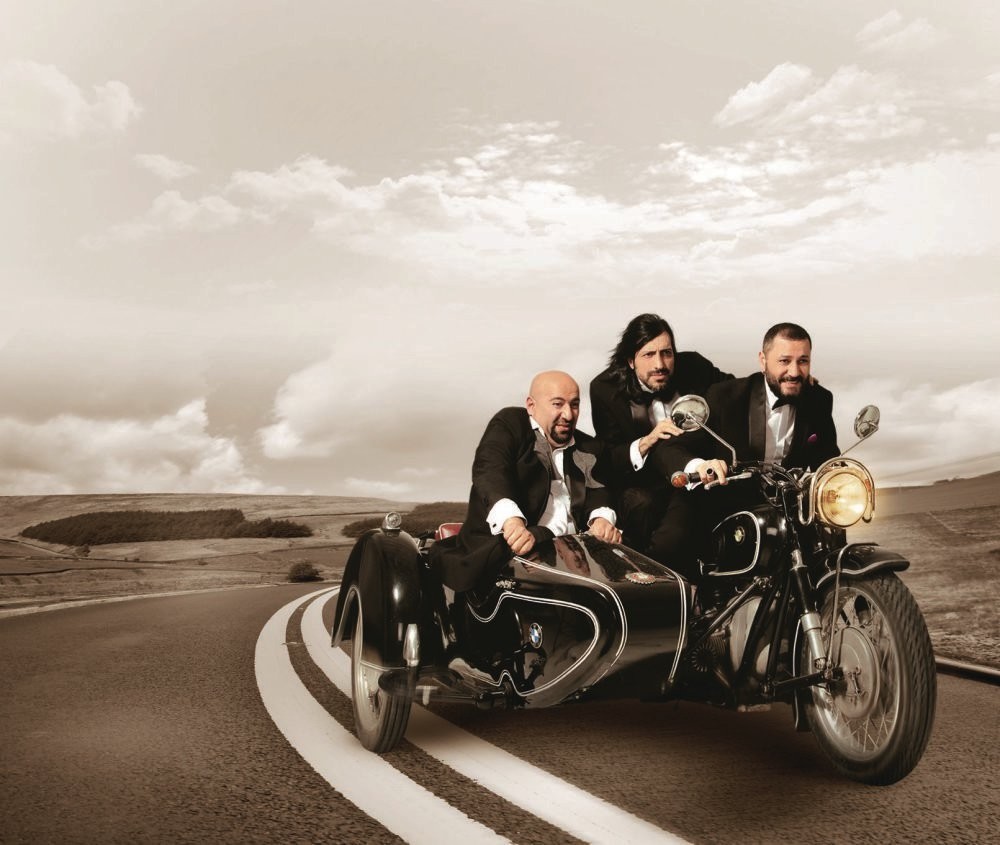 From July 7 to July 12, the famously skilled clarinetist Hüsnü Şenlendirici will be hosting and organizing the first-ever clarinet camp held at his farm in a village near Bergama in İzmir

Born in Bergama in 1976, Hüsnü Şenlendirici's prowess with the clarinet and range of melodies he produces that touches anyone given the wonderful opportunity to hear him, has made the man a legend. A regular fixture on nighttime television and founder of the bands Laço Tayfa, Taksim Trio and, of course, Hüsnü Şenlendirici & Saz Arkadaşları he is not only a household name but has even made his instrument become a favorite for many. Quite seriously, with this single-reed instrument, Hüsnü could easily bring someone to tears with its evoked emotion or to jump up and dance. He is famed all over the world for his emotional solos and comes from a long line of musicians, therefore there couldn't be any other musician in the world that could make this upcoming Clarinet Camp as exciting as it is set to be. For a full six days of fun, and an experience parallel to none, Hüsnü Şenlendirici's Clarinet Camp (Klarnet Kamp in Turkish) will be an unforgettable experience and a source of a wealth of knowledge for anyone, whether skilled or simply inclined in playing the clarinet. The camp will take place on the Hüsnü Şenlendirici Çiftliği, a 10,000-square-meter olive grove set in the village of Dündarlı, which is located between Bergama and Kınık. Participants, which will be capped at 150, must commit to the full six-days and no one not enrolled in the camp will be allowed on the premises. In addition to live performances and special guests at night, days will be filled with workshops and seminars, there will also be a drawing on the camp's final day in which many lucky participants will receive clarinets and clarinet-related accessories.

Accommodation will take place in special water-resistant and heat-insulated tents set up on the grounds of Hüsnü's "farm." There will be three meals served daily, as well as barbecue parties held by the pool. The campsite also has its own canteen, where campers can buy snacks and provisions. In addition, there will be 24/7 security on site to ensure this is a fun and safe environment.

The six-day program is as follows: Thursday, July 7 will be orientation, in which everyone arriving will have a chance to get settled and acquainted. From then on, each day will be devoted to a different group of musical performers who will be showing their skills to participants through performing and teaching as well as discussing their experiences in seminars and talks. From Friday to Sunday, every night a different musical outfit will be featured and will perform live starting at 8 p.m. On Friday, July 8 the training and live musical performances begin big-time with Taksim Trio, made up of Hüsnü Şenlendirici himself on the clarinet, Aytaç Doğan on the kanun and İsmail Tunçbilek playing the Bağlama. On Saturday, July 9 Göksun Çavdar, a French-born clarinet virtuoso who has played with nearly every leading musical outfit from the country, plays with his group Rubato, named after the word which is best described as a style with rhythmic flexibility, in other words, a relaxation of strict time.

On Sunday, July 10, the Rouh Trio take the reins. Featuring some of the best musicians in Jordan, Rouh Trio, consisting of founding members Ghassan Abu Haltam on the clarinet, Joseph Demerjian on the guitar and bağlama and Awwad Awwad on percussion, revive the Arabic musical tradition with Turkish, Indian and jazz influences.

On Monday, July 11, clarinet virtuoso Bülent Altınbaş aka Kirpi will be performing and leading a workshop and on Tuesday, June 12 Hüsnü Şenlendirici takes the stage with İsmail Lumanovski, an award-winning Macedonian clarinetist who is also the lead performer of the New York Gypsy All Stars.

"Come one, come all" so long as you have dedication and a heart for the clarinet is the vibe of this six-day camp, which all started with a simple Twitter message last year, when Hüsnü asked his fans if they would be interested in a camp devoted solely to the clarinet. A personal dream of the clarinetist himself, he went on to purchase the land which was to become his farm and this year commences with Turkey's first-ever clarinet camp. In addition, July 12, the final evening of this festive affair also doubles as the virtuoso's 40th birthday, which he will be spending performing and enjoying the good vibes of the many participants expected to come out.The contingent has been capped at 150 participants and tickets for the entire event, which includes camping out in tents and three meals a day is TL 1,500 ($500) and TL 1,100 for students. To register, simply fill out the form on, while also checking out the impressive website in both Turkish and English that also has a countdown ticker for the start of the event.

A dream come true for many, this is certainly a priceless opportunity to experience this instrument embedded in Turkish musical tradition, in which Hüsnü and the many musicians who will be joining him have opened the horizons on to make this single reed instrument play the leading role in any live performance. With unforgettable improvisations that deeply touch the heart, this is a very unique opportunity to experience Turkey's musical culture at its finest and with the country's top performers.
Last Update: Jul 01, 2016 11:37 am
RELATED TOPICS